HEXUS readers will have been lapping up lashings of PC and technology news during the last week, after the CES 2020 Las Vegas opened its doors. Veteran readers might have noticed that there was a strong PC tech presence this year, while many more would simply be pleased to see all the PC tech, advancements and related gear announced and on show. 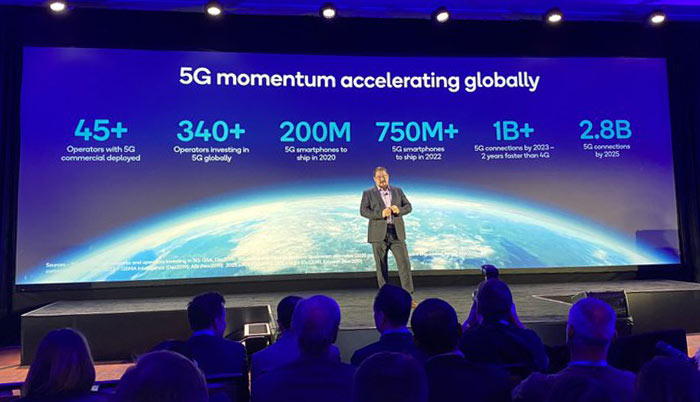 While we surf on this happy high of PC-related new product announcements it is worth reflecting on CES shows of old. In the previous decade the PC was never as centre stage as this year, as far as I can remember. CES seems to have shifted from living room and lifestyle tech over recent years and has become much more PC orientated. This is good to see as Computex, every summer in Taiwan, was becoming like a PC enthusiast's birthday and Christmas rolled into one. 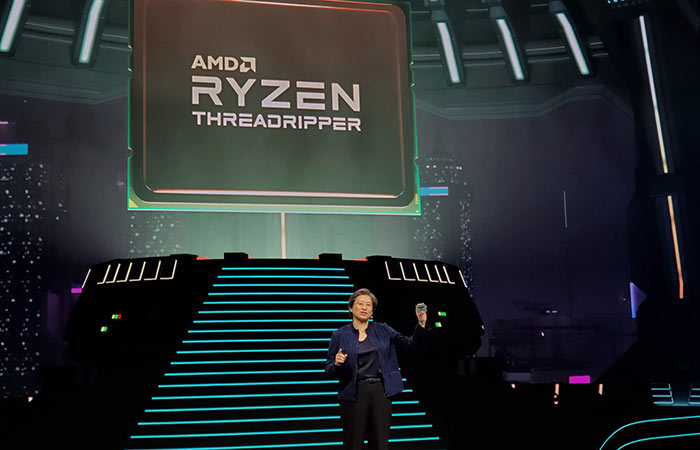 Top-ranked tech industry analyst, Owner, Founder, President & Principal Analyst at Moor Insights & Strategy, Patrick Moorhead has commented on his Twitter feed about the trends he saw at CES 2020. "I'm struck that for this #CES2020, the PC ruled over everything else," he wrote. "It's been nearly a decade since that was the case. I attribute that partially that many holding announcements for #MWC2020, but partially that PC innovation is skyrocketing. Ironic for a 'dead' platform."

In a related Tweet Moorhead highlighted his podcast about the biggest trends of CES 2020, which was as follows:

With my eye on PC and related industry news day to day, the AMD announcements were particularly strong for this time of the year. You will see from the bullet points above that many PC makers did well from designs featuring AMD processors in the last week too. For HEXUS readers one must include the PC / laptop announcements from Asus, MSI and Gigabyte too.

Display innovations are always a focus at CES. There were new TV designs and screen technologies around as usual but it was nice to see related and other innovations in PC/PC Gaming, and laptop displays.

If you are interested, the official CES 2020 site has published a 'wrap' on what happened at the show last week. It contains not a single reference to PCs, AMD or Intel.

The next bumper helping of tech news is likely to be mobile/tablet related, with MWC 2020 in February. However, we are expecting lots of exciting PC and related tech news this year - some of it will likely inspire PC enthusiasts to upgrade components or even whole computer systems.

However, we are expecting lots of exciting PC and related tech news this year - some of it will likely inspire PC enthusiasts to upgrade components or even whole computer systems.

PC “enthusiasts” prrobably will be inspired, but I wonder what the vast bulk of us, seeing a PC as a fool to gdt a job done, will think?

Personally, I tend to replace my washing machine when it breaks down and us beyond economic repair, not when manufacturers come up with some new wheeze.

I agree that a washing machine analogy only holds so far, and there are areas (most obviously gaming, but some others too) where increased speed and sheer grunt enable things that seren't possible, or too slos to be practical, before but I'd argue that's the minority and largely covered by “enthusiasts”.

I used to be an enthusiast. But that was back when each iteration truly enabled new capabilities that I needed, or even merely wanted … but my PCs do everything I need and more or less what I want, and I haven't upgraded in years.

I've been watching CES announcements and few if any so far have induced ‘excitement’ and no inspiration. A fair few yawns, though.
Posted by Gentle Viking - Mon 13 Jan 2020 15:25
Many would probably jump at the chance to get a smart washing machine that send you a txt when it is don't, i just go to the “stupid” washing machine in 60 minutes and i know it is done.
But granted i do use the countdown in my phone to know when a hour have passed as i share the machine with other people on the block.

I get a new,,,,,, whatever, when the old one are broken, or in the case of PC make sense upgrading + i am a shopaholic so nice to buy hardware.
My current PC upgrade are over one i made in 2010 or 11, and from 4 core/32 Gb to 12 / 64GB + nvme for a snappy experience.
Posted by LSG501 - Mon 13 Jan 2020 22:43
Honestly I haven't seen anything innovative in the pc space for years now….
Sticking 5G into a laptop isn't innovative, it's just a natural progression of wireless networking/mobile internet.
Foldable pc's concepts/designs have been around for ages, they've just become a little more practical now the hardware is compact enough.
Faster cpu's, new releases of existing hardware and joining an already existing field (automotive chips) isn't innovative either….

As to whether any of the recent updates will get me to upgrade… nope, I'd already decided it was time to start/finish saving for a pc upgrade as I'm now at the point where the pc is holding me up again… in other words I'm starting to feel the dreaded ‘slowdown’ of a pc, but also feel I can at least wait till next ryzen cpu and nvidia gpu updates.

Same goes with my mobile phone, feel I need to replace it now due to battery life feeling shorter but again won't be doing anything about that until end of February at the earliest due to knowing ‘new releases’ aren't far off with mwc just round the corner, so price drops or better bang per buck is incoming.
Posted by DanceswithUnix - Tue 14 Jan 2020 10:13

LSG501
Same goes with my mobile phone, feel I need to replace it now due to battery life feeling shorter but again won't be doing anything about that until end of February at the earliest due to knowing ‘new releases’ aren't far off with mwc just round the corner, so price drops or better bang per buck is incoming.

When it gets to the point that you are definitely replacing the phone and have nothing to lose, search youtube for battery replacement. I've done a few now, though I did invest in some specialist glue to stick glass backs back on. Gets you another couple of years.

I now replace phones when they no longer have enough ram to be responsive, or the last OS update is too old to be useful (though a 3rd party ROM helped in my Moto G 4G for another year there).