Over recent hours, HEXUS has reported on the launch of the Intel 12th generation Core processors, as well as the new Z690 motherboards and DDR5 memory kits that you can combine to build the foundation of a dream modern Windows 11 PC. However, if PC DIY is feeling like a bit of an effort (the effort might be more the shopping than the building), there will of course be shiny new Alder Lake-S pre-built PCs arriving from 4th November.

The likes of Acer and Lenovo released some early specs of their gaming PCs being readied with ADL-S inside earlier this month. I looked today and there didn't seem to be any new information from these big PC systems makers. However, Dell, a stalwart Intel partner, has been very fast out of the gate to confirm some important new desktops under its business/prosumer XPS, and its gamer Alienware, sub-brands. 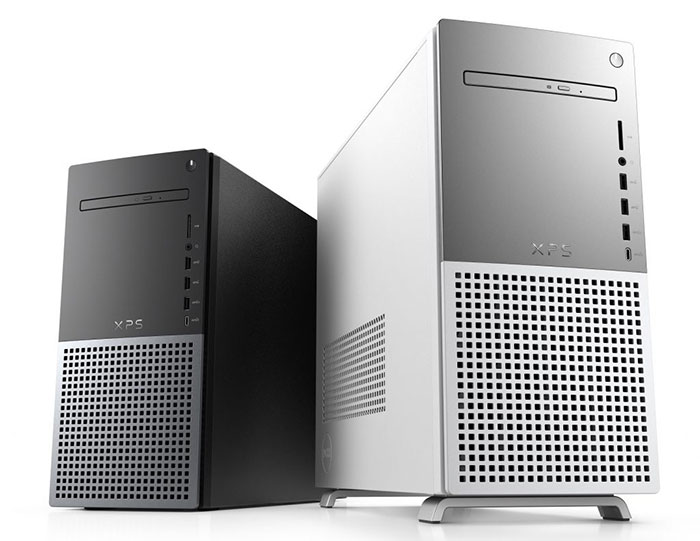 Dell's XPS Desktop has been subject to quite considerable change with this new generation of Intel CPUs. There is a new, though somewhat familiar, case design but most significantly the Dell XPS desktop is now 27 litres, rather than 19 litres. In a blog post, Dell says that the change affords "an expansive suite of next-gen performance technologies and a more robust cooling architecture, making this the most powerful XPS desktop ever made". 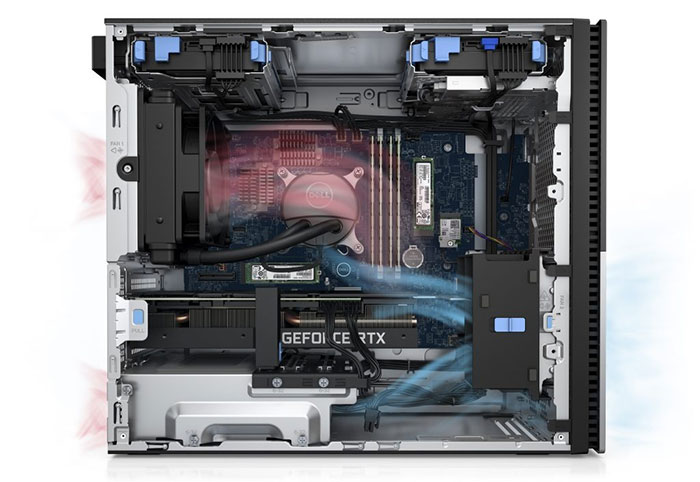 Continuing on the topic of the physical build, Dell says its engineers have thoughtfully redesigned the airflow characteristics of the chassis for maximum performance, with softer acoustics. The new XPS desktop is claimed to be about 20 per cent cooler under load compared to the previous model. Moreover, the new fans can spin slower to shift enough air to facilitate the system being 50 per cent quieter under load compared to previous generations. 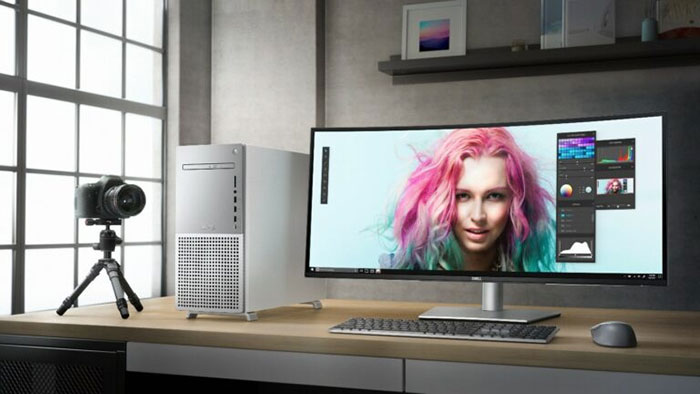 Dell XPS desktops can be configured with processors up to the 12th Gen Intel Core i9, and graphics cards up to Nvidia GeForce RTX 3090 or an AMD Radeon RX 6900 XT. Dell is offering some particularly powerful 'Creator Edition' builds too, to save you time configuring and checking out. Some configurations include liquid cooling.

These new Dell XPS desktops will become available "later this fall," shipping with Windows 11, from a starting price of US$920.

Dell also recently updated its Alienware Aurora. Like the new Dell XPS above, this has been subject to a similar 1.5x size inflation. Inside, Alienware has worked hard to harmonise the layout for good airflow, and the highest end configurations offer up to 4x case fans and AiO CPU cooling pre-installed. These changes mean the new Alienware Aurora is about 15 per cent quieter than its predecessor under load.

Again you will be able to spec the most powerful 12th Gen Intel Core processors, now that cat is out of the bag, as well as GPUs up to the Nvidia GeForce RTX 3090. A pre-build with custom components like Dell's own motherboard allow for a neat unified look and feel with LED lighting balanced across 8 zones. 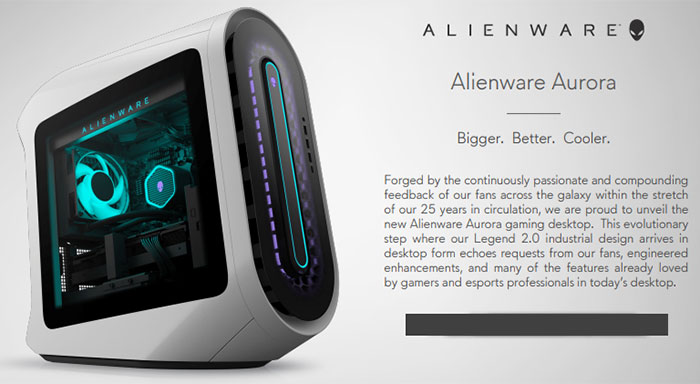 Posted by KultiVator - Thu 28 Oct 2021 14:42
Given recent benchmarking deception, Intel perhaps ought to makes amends, by rebranding the current CPUs as ‘Older Lake’?

If only the world of marketing was so brutally honest!
Posted by Rubarb - Thu 28 Oct 2021 22:12
Never going to buy another Dell.
They are a pile of only made for people that cant make a computer on there own, that and the fact Snowden worked for them, might be something hiden/ might not but ….. never again.
Posted by DanceswithUnix - Fri 29 Oct 2021 07:48

Rubarb
Never going to buy another Dell.
They are a pile of only made for people that cant make a computer on there own, that and the fact Snowden worked for them, might be something hiden/ might not but ….. never again.

To be fair their business computers are very good. The parts are non standard, but for a company machine it wouldn't be you fixing it, Dell fix it, so what does that matter.

DanceswithUnix
To be fair their business computers are very good. The parts are non standard, but for a company machine it wouldn't be you fixing it, Dell fix it, so what does that matter.

I wouldn't touch their consumer stuff with a barge pole though, and it has been that way for decades.

Never again and would never recommend to a non-enterprise user.