Yesterday evening CD Projekt Red took to Twitter to make an announcement which would disappoint lots of gamers. The highly anticipated sci-fi RGP adventure game Cyberpunk 2077 will miss its scheduled April 2020 release date and be held back over summer. CDPR will instead release the game on 17th September 2020. 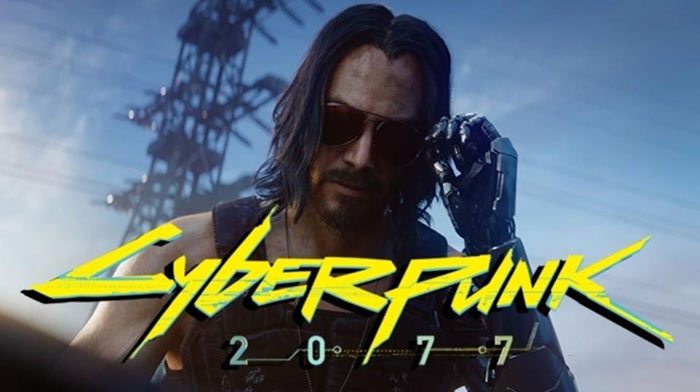 Cyberpunk 2077 has grabbed a few headlines in the HEXUS news since it first came to light as a major project for CDPR, the makers of The Witcher series. Last summer, with the game featuring big at E3, with a special appearance by star Keanu Reeves, and announcement of partnership with Nvidia for RTX On effects, HEXUS readers seemed very interested in this upcoming blockbuster sci-fi RPG game. However, the most illuminating reveal so far was probably the 48 minute gameplay walkthrough shared behind closed doors at E3 2018 and published for public consumption in August the same year. This is well worth a look over again if you have the time and inclination. 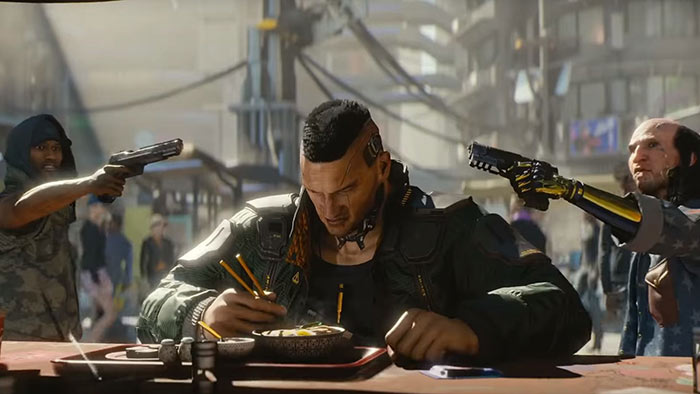 Coming back the present day, CDPR provided some background about its decision to delay the game's release. So you can read between the lines yourself and grasp any subtleties in the reasoning there might be I have reproduced the full 'excuse' section of the statement below:

"We are currently at a stage where the game is complete and playable, but there's still work to be done. Night City is massive - full of stories, content and places to visit, but due to the sheer scale and complexity of it all, we need more time to finish play testing, fixing and polishing. We want Cyberpunk 2077 to be our crowning achievement for this generation and postponing launch will give us the precious months we need to make the game perfect." 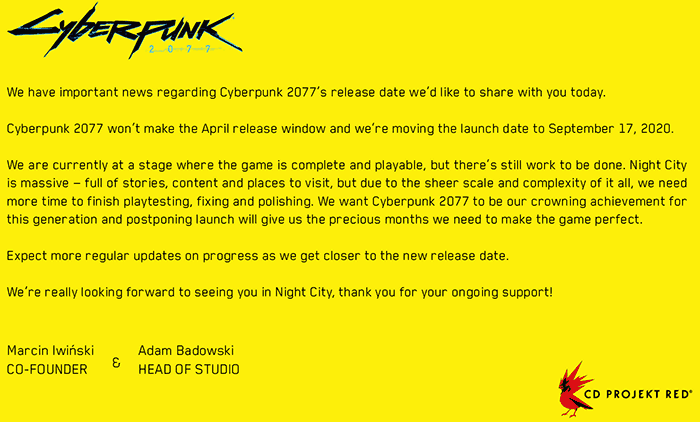 It is hard to grumble when a games developer / publisher delays a game high-up on your wish list to make it better and reduce the likeliness of horrible bugs and unwieldy patches in the game's early digital existence on your PC.

As we wait for the delayed game CDPR says it will provide "regular updates on progress" and anyway, it will be summer. 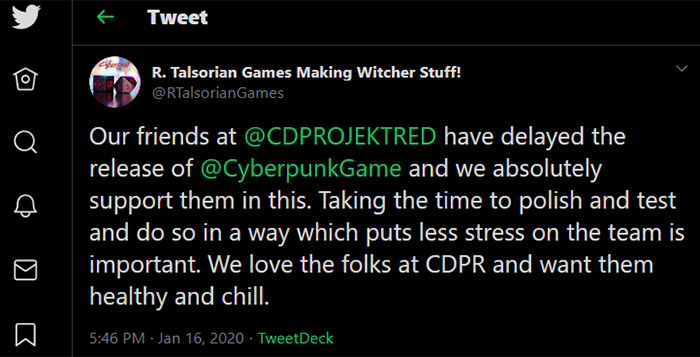 In the wake of the official CDPR tweet Talsorian Games, the creator of the Cyberpunk tabletop RPGs that Cyberpunk 2077 is based on, offered its support.

Posted by AGTDenton - Fri 17 Jan 2020 10:48
No surprises there
Posted by SUMMONER - Fri 17 Jan 2020 11:18
Looks like a whole bunch of people just had their summer holiday plans cancelled.
Posted by Luke7 - Fri 17 Jan 2020 12:00
More time for people to realise it really isn't that exciting… graphics are great n'all but every single gameplay demo has been so lackluster. Just another rpg (weirdly limited to 1st person) with a shiny skin on it.

Luke7
More time for people to realise it really isn't that exciting… graphics are great n'all but every single gameplay demo has been so lackluster. Just another rpg (weirdly limited to 1st person) with a shiny skin on it.

Anyone else see that boss fight video that got posted a while back? Super-dull :(

You mean it's not a first person shooter? Thank goodness. It looks very exciting to me, but then I probably value different things to you.
Posted by Disturbedguy - Fri 17 Jan 2020 12:32

Luke7
More time for people to realise it really isn't that exciting… graphics are great n'all but every single gameplay demo has been so lackluster. Just another rpg (weirdly limited to 1st person) with a shiny skin on it.

Anyone else see that boss fight video that got posted a while back? Super-dull :(

How can you possibly determine whether the game play is going to be dull, based of a video?…