Last week, HEXUS reported upon popular competitive shooter Rainbow Six Siege being updated to work with Nvidia DLSS tech for owners of GeForce RTX graphics cards. As we said at the time, this update could make a big difference to Rainbow Six Siege players, especially those wishing to use higher-res monitors at their native resolutions.

Coincidentally, Rainbow Six Siege became the first game to benefit from the latest update of Nvidia DLSS, version 2.2. With such an introduction, it isn't really possible to see the benefits of moving from an earlier version of DLSS to this latest DLSS 2.2. However, some enterprising folk have replaced a file in their Cyberpunk 2077 installation with a DLSS 'database' file from Rainbow Six Siege and are very pleased with the results. 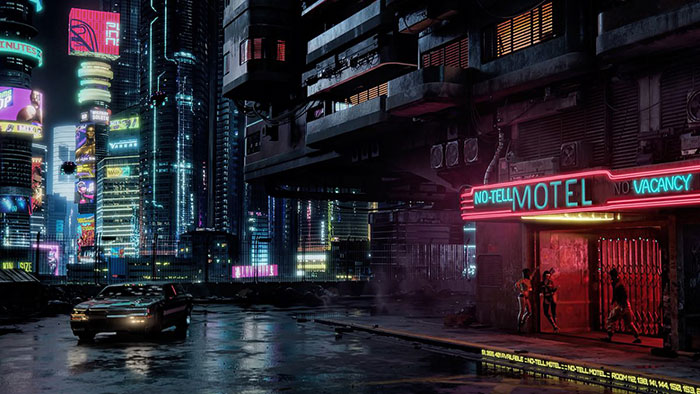 A simple file swap is "enough to update the open-world game's implementation of DLSS to 2.2," reports PCGamesN. "And the result is better framerate, crisper visuals, and the elimination of the 'ghosting' artefacts frequently seen around small objects and lights while using DLSS."

The site read about this 'mod' via Nexus Mods, where the file can be downloaded (please proceed with caution, and back up files, so you can roll back). In its own tests, PCGamesN said that the change in performance was easily noticeable. "An encounter scene in downtown Night City that had produced framerates of about 28 FPS improved to about 36-40 FPS with the replacement file, using the ‘balanced’ DLSS setting at a 1440p output resolution," it claimed. 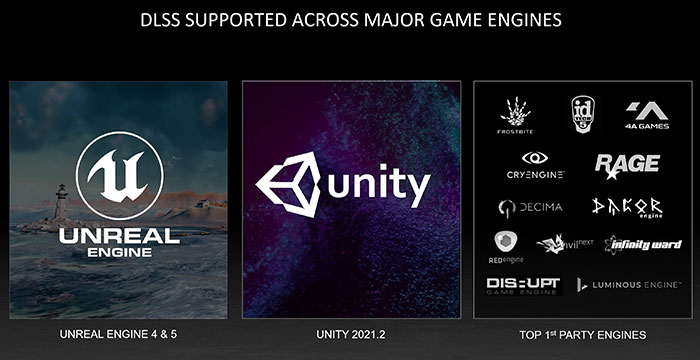 In addition to the above, the Nvidia GeForce blog is bursting with news ahead of the official launch of AMD's FidelityFX Super Resolution (FSR) technology, later today. On Monday the GeForce blog talked about DLSS coming to Rust, DOOM Eternal, LEGO Builder’s Journey and more this month. Perhaps even bigger news was that the DLSS plugin launched for Unreal Engine 5 last Thursday, and it is coming to Unity 2021.2 shortly. Other engines with support for DLSS include Frostbite, idTech 5, CryEngine, and RedEngine. 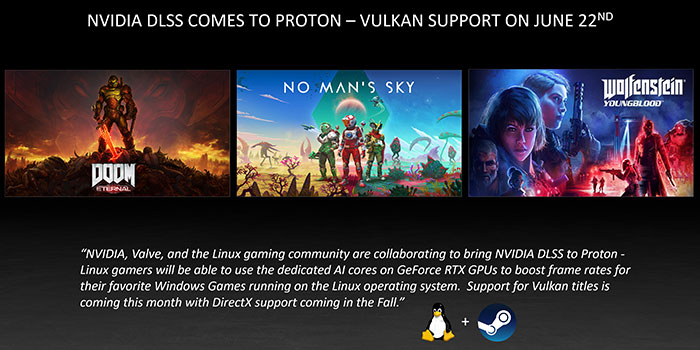 Last but not least, DLSS is on the way to Linux gamers in titles using Proton and the Vulkan API. That Linux support starts today.