Nvidia has announced that it has introduced a new top-tier subscription level to its GeForce Now games streaming service. Dubbed the GeForce Now RTX 3080 membership, which gives a hint at the performance available, this subscription level costs US$99.99/£89.99 for a six-month period, with a limited number of memberships available at launch. The big attraction is that, if your internet is up to the job, you should be able to enjoy streaming at up to 1440p resolution and 120 frames per second on PCs and Macs, and 4K HDR at 60 frames per second on Shield TV, "with ultra-low latency that rivals many local gaming experiences". 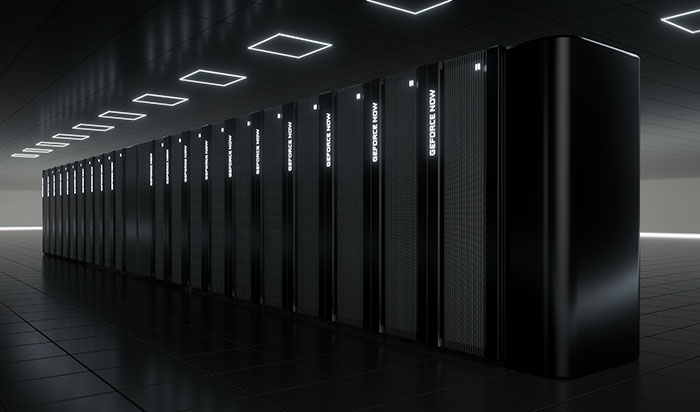 Luckily for us, Nvidia, and AMD, provide some background info on the cloud servers that will be streaming. Nvidia says each GeForce Now SuperPod consists of over 1,000 GPUs for 39 petaflops of graphics horsepower. Each '3080 experience' instance provides a user with 35 teraflops of performance, which is "nearly 3x that of an Xbox Series X," according to the green team. 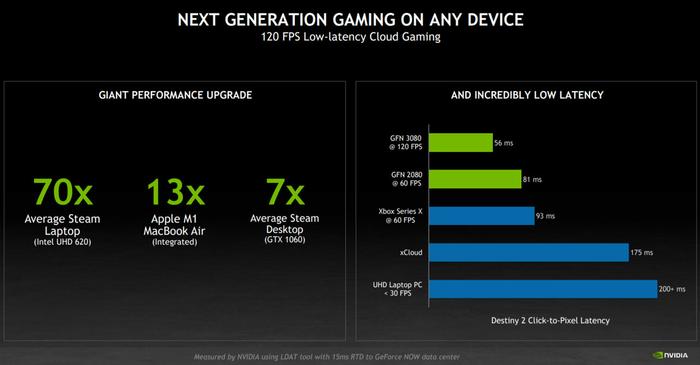 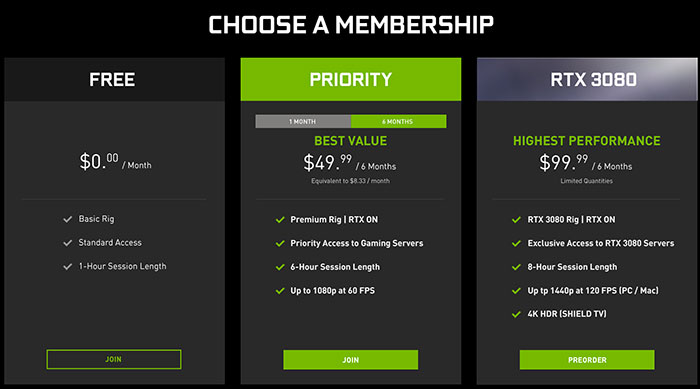 Nvidia is still signing up people to its $9.99 pcm Priority GeForce Now subscriptions ($49.99/£45.99 per six months), as well as offering a stripped down and time-limited free taster experience. 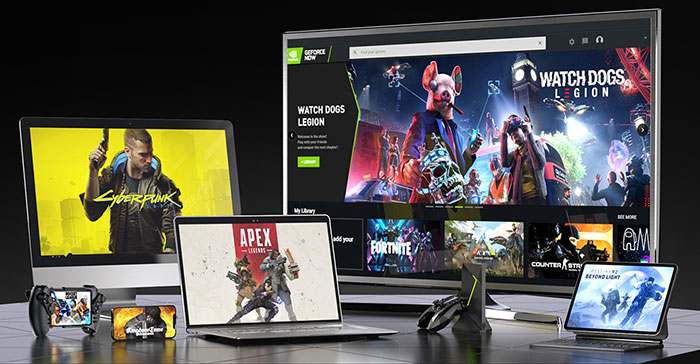 As well as the server-side upgrades, Nvidia has rolled out a new GeForce Now client to make use of the expanded capabilities. Moreover, it adds beta support for Microsoft Edge (might be of interest to Xbox owners), adds Nvidia's new Adaptive Sync technology support, and should improve latency for all GeForce Now users, across all tiers.

Posted by crazy95 - Fri 22 Oct 2021 11:20
8 hour session limit, limited quantities, £180 per year? I'm sorry, what a joke of a service. the GPU shortage is still a joke and now Nvidia want to keep them for themselves to then rip the user off another way. I'm happy I bought a 3070 when I could, I can play as long as I want, at higher resolution and FPS, and when I'm not using it, it mines crypto for me and is half way to being paid off now.
Posted by Corky34 - Fri 22 Oct 2021 12:25
Maybe that's their master-plan, do a bait and switch by jacking up prices after launch so everyone thinks they've not got a chance of getting a graphics card at MSRP so you can push people into subscribing to your streaming services.

Would love to know if there's any substance to the rumours that Nvidia have (all ways intended) to increase what they charge AIB's after the first few batches of chips were shipped, effectively making early chips a loss leader.
Posted by lumireleon - Fri 22 Oct 2021 13:24
LIKE it or not cloud gaming is ‘possibly’ the future but the current subscription prices and fuzzy internet is a still big issue. Sorry I prefer the series X for now.
Posted by Kovoet - Fri 22 Oct 2021 16:05
I realise cloud is the future but for me not yet. I think are slowly but surely forcing gamers over to it. Then they'll be having monthly subscribers by the millions.
Think then I'm going over to console gaming lol
Posted by vicar - Fri 22 Oct 2021 23:14
No thank you very much.