While the Samsung Galaxy Z Flip isn't yet official, as it hasn't been formally announced by Samsung, we have a pretty good idea of what to expect thanks to a mix of official previews and teases, and various leaks. Now Russian luxury gadget jeweller Caviar has really let the cat out of the bag with the launch of its Samsung Galaxy Z Flip Joker & Harley Quinn edition - with accompanying promo video. There are other special editions too, like the Z Flip Gold, and Z Flip Carbon Titanium.

If you watch the video above you will see a regular Samsung Galaxy Z Flip rotated and flexed before transforming into the play-card design inspired 999 gold plated embellished Joker & Harley Quinn edition. It simply looks like Caviar has glued the embossed gold playing card of two halves to a standard Galaxy Z Flip, rather than changed any of the structure. 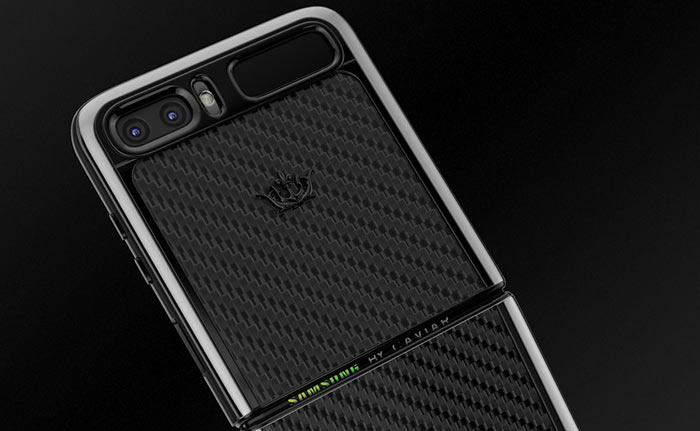 For the addition of this comic book themed finery buyers are asked to pay quite a premium on the expected price of the Samsung Galaxy Z Flip. The Joker & Harley Quinn edition is limited to 54 pieces, priced at $5,210 plus tax. Meanwhile, the gold version is $6,000 plus tax, and the Carbon Titanium version $5,690 plus your local taxes. 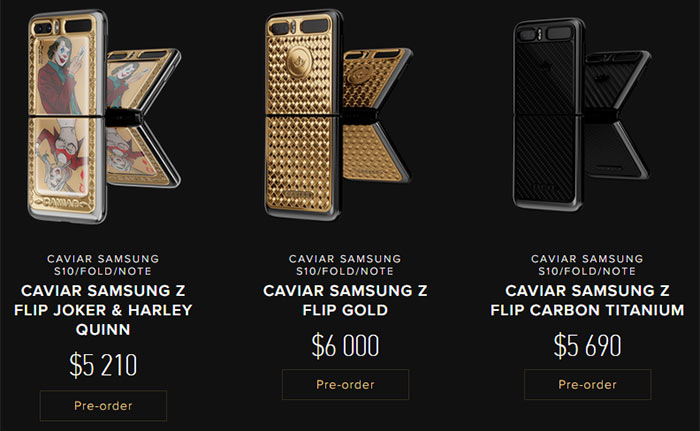 On the topic of clamshell foldables, the Motorola Razr has been tested by CNet, specifically its folding mechanism. Check out the video below.

Above you can see the Razr put through its paces using CNet's foldbot. The device became somewhat clicky / creaky at 27,000 folds you will observe - though it still seemed to be fully operational. With the average person checking their phone 80 times a day this next-gen Razr wouldn't have lasted a year (29,200 open-close cycles). Last year CNet's foldbot test of the Samsung Galaxy Fold managed 119,380 cycles.

I'd argue that repetitively opening and then closing immediately like that will generate unrealistic friction heat, like rapid repetitive bending of metal, which prematurely knackers the mechanism components. No-one (aside from an idle idiot) is going to repeatedly flip the phone open and closed like that…
Posted by Gentle Viking - Fri 07 Feb 2020 13:53
So glad i am not a phone addict, those people just look so silly looking at their phone all the time, and to top that often by doing that endangering other people.