The fastest refresh monitors that we have seen run at up to a headline refresh rate of 360Hz. We saw Asus ROG as the first to reveal such monitors (using TN panel tech) back in August 2020. More recently, we have seen 360Hz IPS displays used in gaming laptops from the likes of Alienware and Aorus. Current 360Hz displays come in various sizes, but they are all 1080p.

You probably won't be surprised to hear that the march for more Hz isn't resting at 360Hz, with both AUO and LG Display (via SweClockers) busy preparing a range of new panels with headline refresh rates of up to 480Hz. 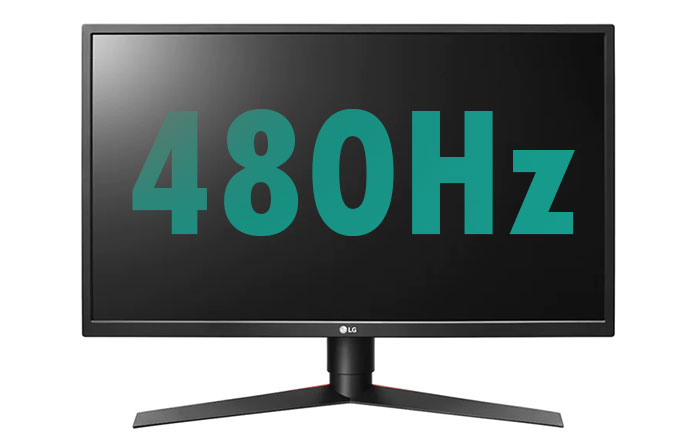 Looking at AUO's plans first, this display panel maker is readying 1440p 360Hz screens, with mass production scheduled for later this year. It has 1080p at 480Hz, and 4K panels at 240Hz lined up too, for production starting next year. Thus, it is expected that we won't see retail products with these super-fast 1080p and 4K screens until 2023.

If you are interested in more mainstream AUO offerings with less crazy max refresh speeds, there are lots of updates on the way to its other panels – various sizes, curvatures, and technologies (TN, VA, Mini LED etc).

LG Display has a 24.5-inch 1080p display panel with a 480Hz refresh rate planned for production "in late 2022," according to TFT central. We don't have any other specs for this panel, but that it will be an VESA DisplayHDR400 certified display.

Again LG Display has lots of other interesting panel updates not fitting in with the article headline - 31.5-inch IPS Panel with 4K, 144Hz Refresh Rate and HDR 1000, for example, plus 'IPS Black' and MiniLED tech being used in its offerings.

It is evident that, in addition to the supply of super-fast display panels, a super-fast monitor will need very high-performance display controller logic on board. Of course, on the PC end of the equation you will require a fast modern GPU to make the investment in the monitor worthwhile.

I guess the target market of these super-fast displays will be eSports gamers, who will have a good idea about what benefits a 480Hz monitor might bring to their gaming. These super-fast refresh monitors won't be casual purchases and are likely to launch at quite a premium.

To get a frame displayed point seven of a millisecond quicker or because it's scientifically proven that bigger numbers equal more better. :D
Posted by philehidiot - Mon 26 Jul 2021 13:11

To get a frame displayed point seven of a millisecond quicker or because it's scientifically proven that bigger numbers equal more better. :D

Correction: MOAR BETTERER!
Posted by The Hand - Mon 26 Jul 2021 16:19
More 4k 120/144hz monitors at 32 inch format is the sweet spot really probably for the next decade for most people. A new base standard like 1080p 60hz was for the last decade. Uber high refresh rates are pretty pointless above 240hz even for pro gamers I think.