Back at CES 2020 in January, HEXUS reported upon Asus and Nvidia teaming up to show off a 360Hz G-Sync display that would be launched later in the year. Now its time has come and the Asus ROG Swift PG258Q has been launched and added to the Asus online product pages. There is a new ROG blog post about this offering too.

In essence the Asus proposition, and the reason it is egging you on to buy this monitor, is that it is "uniquely positioned to give elite eSports players an edge". This 24.5-inch FHD TN display boasts a native 240Hz refresh rate; six times faster than a conventional 60Hz monitor, and still 50 per cent faster than current category leading 240Hz models. 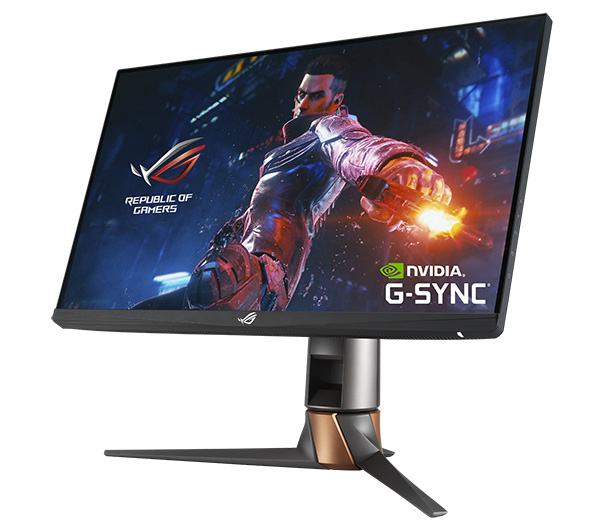 In fast paced eSports games the above difference can matter, according to research from Nvidia. For example, playing in a competitive title such as Overwatch at 360fps 1080p is eminently possible on today's graphics hardware. This could deliver a significant reduction in end-to-end system latency - also known as click-to-response time - which can fall from 34.5ms to 20ms in that title, versus a 240Hz display. Complementary research found that "gamers performing flick shots in that title could enjoy a 4 per cent improvement in execution versus a 240Hz display" - so these underlying numbers matter to actual player performance.

Further gamer optimisation is present in the physical design of the ROG Swift PG259QN. Asus says the minimal footprint stand allows more flexibility for keyboard and mouse positioning, yet still offers a full range of adjustments (tilt, pivot, height, and swivel). The monitor is VESA mount compatible and has minimal bezels too.

Asus has implemented a carefully designed fanless cooling system to keep this monitor performing perkily, so it can maintain its high refresh rate. It says that cool air flows in through vents at the bottom of the display, over a large heatsink, and out through another set of vents at the top of the monitor. 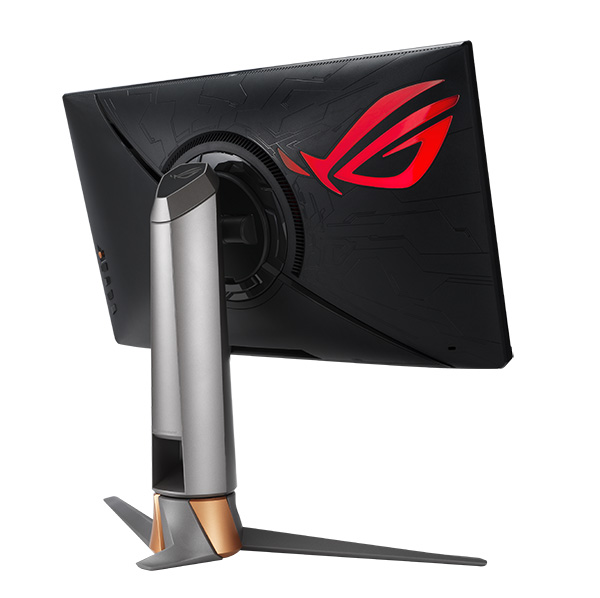 cptwhite_uk
I'm not sure there's a system out there capable of 360fps in anything other than CS:GO!

im not sure anything other than csgo would need it
Posted by PMMEASURES - Wed 26 Aug 2020 13:10
I think I remember seeing that when tests were done with 60/144/240 the accuracy was more towards 144.
In my head I can kind of see a logic to that in that unless you can constantly drive at the upper frame rate I think there is a higher FPS deviation that can be just as bad as having too slow a speed i.e. inconsistent visual timing verse to slow verse in game mechanics. when on a powerful card selecting the middle ground so to speak guarantees you can have 144 in sync with very little if any deviation and your reactions can align to that. if you you aiming for 360 but the cards rendering is wondering between just example not real life but lets say you got 188 to 278 frames per sec that's 90 fps of timing deviation verse if set for 144hz solid with zero deviation as CPU & GPU can keep up. Just a view I perceive possibly not really looked at by our hardware manufactures.
Posted by LSG501 - Wed 26 Aug 2020 14:21
um….

And here I am wanting a faster than 60Hz 4K+ display with good quality image reproduction (ie real 10bit IPS, not this 8bit frc stuff)… not everyone is using their pc's primarily for gaming and would still like some of the benefits of faster refresh rates.