Gigabyte has updated a host of laptop designs with the latest and greatest mobile GPUs and CPUs from Nvidia and Intel. The Gigabyte G5 and G7 series gaming laptops have benefitted from both new Nvidia and Intel parts. Meanwhile, the Aorus 15 and 17 gaming laptops in its portfolio have embraced the higher power new Intel mobile processors, but ignored the RTX 3050/Ti as they are premium designs which bottom out with the RTX 3060. 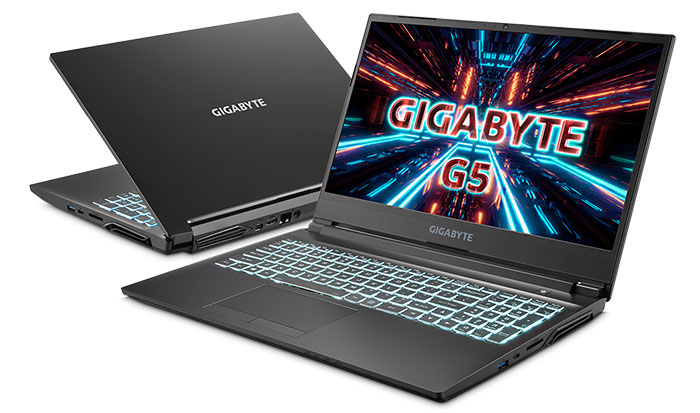 The new G5 and G7 laptops are pitched by Gigabyte as being good all-rounders which balanced performance in gaming, entertainment, and work tasks for 'Gen-Z gamers', but they look a lot like budget gaming laptops, both in styling and in specification. 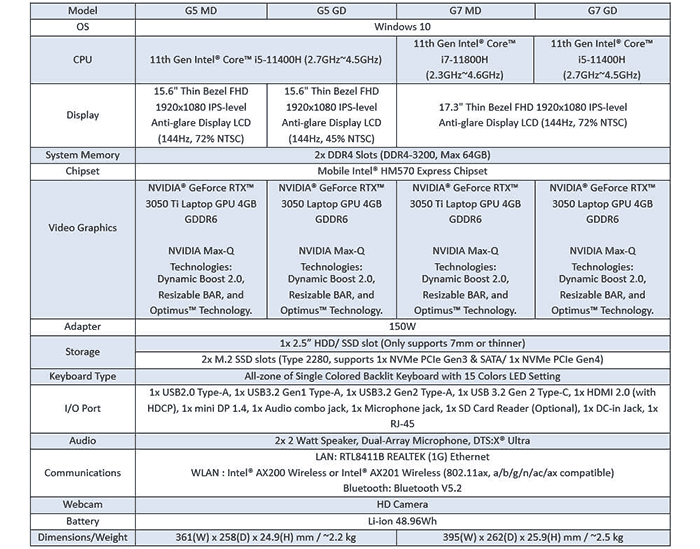 Above you can see a neat table outlining the specs of these latest Gigabyte G5 (15-inch) and G7 (I17-inch) offerings. You will see the CPUs are freshly harvested from Intel's high-performance 11th Gen Core chips for laptops announced yesterday. Similarly, the graphics are taken care of by Nvidia's GeForce RTX 3050 and 3050 Ti, announced yesterday.

It would be great to test how this combo performs, but we will have to wait for laptop samples to reach the labs first. Gigabyte asserts that the "i7-11800H has an 8-core, 16-thread and 45W TDP configuration, different from the 4-core, 8-thread H35 processor unveiled earlier this year, performing with astonishing results in multi-core benchmark for gaming" which is somewhat reassuring. HEXUS reviewed a gaming laptop with one of the earlier H35 CPUs and it was indeed somewhat disappointing given the accompanying RTX 3070 mobile.

In addition to the CPU/GPU upgrades in the G5 and G7 series, Gigabyte would like to draw your attention to the new 144Hz high refresh rate IPS-level gaming displays, WindForce cooling, selection of I/O, and PCIe gen 4 storage support. 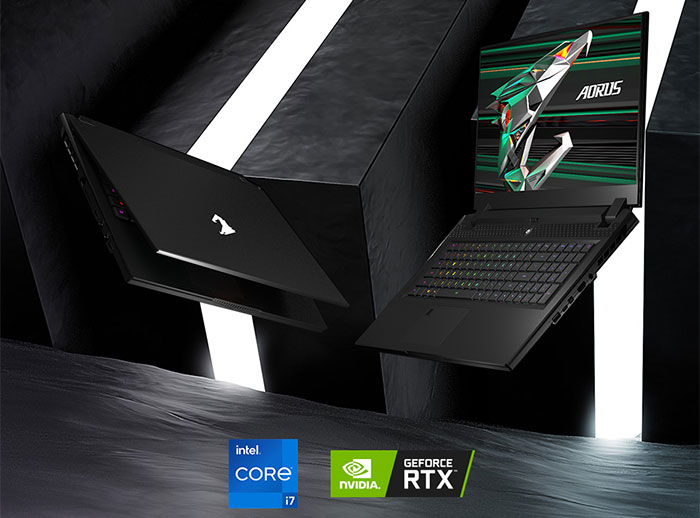 Gigabyte has updates its Aorus gaming laptops series with the latest Intel 11th gen Intel processors. These premium designs support DDR4 3200, Thunderbolt 4, and PCIe Gen 4.0, as well as HDMI 2.1. As it worked on the updates Gigabyte also added faster displays to the range, with the 15-incher sporting a panel with 360Hz, and the 17-inch models up to 300Hz. 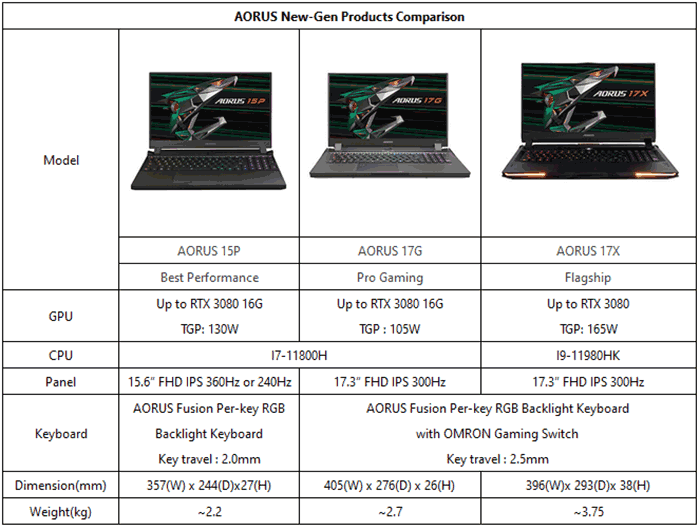 In the table above you can see the Aorus gaming laptops aim high, so you won't find configurations with anything weedier than the GeForce RTX 3060 mobile. The weighty Aorus 17X, however, is exclusively an 11th Gen Intel Core i9-11980HK (2.6GHz~5.0GHz) and Nvidia GeForce RTX 3080 laptop GPU (16GB/165W) machine.