be quiet! has used the hiatus between trade shows to hold a virtual event detailing upcoming products for autumn and winter 2020. The roster includes new chassis, all-in-one watercooling, and a twist on a familiar cooler. Let's dig in with the chassis first. 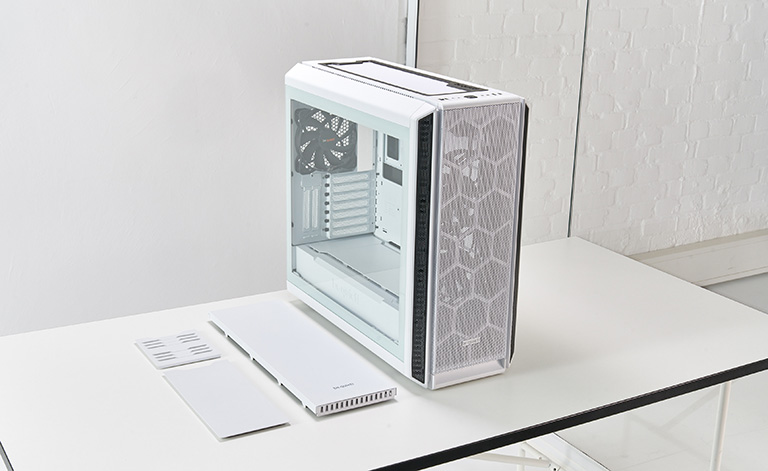 Launching in November, be quiet! has heeded customer advice and launched a successor to the popular Silent Base 801 equipped with higher airflow. The unsurprisingly-named Silent Base 802 uses the same innards as its predecessor but improves upon it in a number of ways. Chief amongst them is interchangeable covers for the front and the roof - one can replace the standard panels with mesh versions for better airflow albeit at the expense of some more noise. This change is in direct response to competitors offering mesh options for their popular chassis. In be quiet!'s case, if you excuse the pun, you have the choice of either solid or mesh.

We often lament the lack of forward-looking USB Type-C on chassis. be quiet! duly ditches one of the older USB 2.0 Type-A ports and replaces it with USB 3.2 Gen2 Type-C offering a full 10Gbps. Makes perfect sense to us. 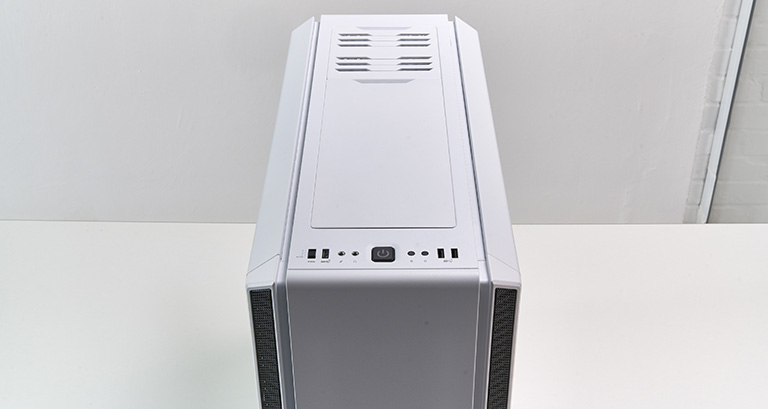 Available in black or white and with and without a tempered glass side window for either colour, there are four models to choose from. Pricing is $159 for the non-windowed version and $169 for the windowed. Expect to see it at etail in late November when the extant Silent Base 801 is phased out. On paper, this seems like a better chassis all-round.

Didn't we say that white is the theme for the tail end of this year? 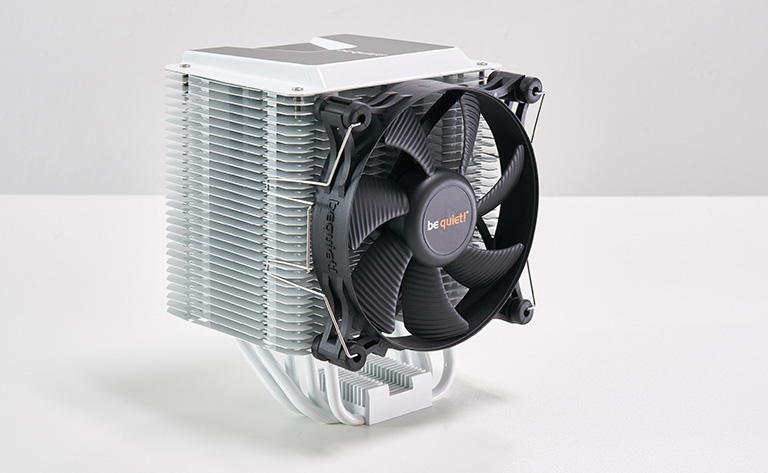 To that end, be quiet! is also launching a white version of the popular, impressive Shadow Rock 3 cooler we reviewed back in June.

Looking rather spiffy in its new white livery with a black top-plate, be quiet! continues to use a decoupled Shadow Wings 2 120mm PWM fan. The coating is similar to what Noctua uses on its Chromas line of coolers. be quiet! says there's less than one-degree of cooling difference with the coating on top of the six nickel-coated heatpipes, and is happy enough to equip it with a 190W TDP - we'll see when we put it to the test in the coming month.

As usual, there's an asymmetric design to cater for tall RAM modules, and there's a £10 increase in cost over the regular model, pushing it up to around £55, which is useful for those who plan to invest in, say, a be quiet! Silent Base 802.

Designed as a cheaper way to enter the all-in-one liquid-cooling market than Silent Loop series, the Pure Loop AIO is offered in common 120mm, 240mm, 280mm, and 360mm radiator sizes. 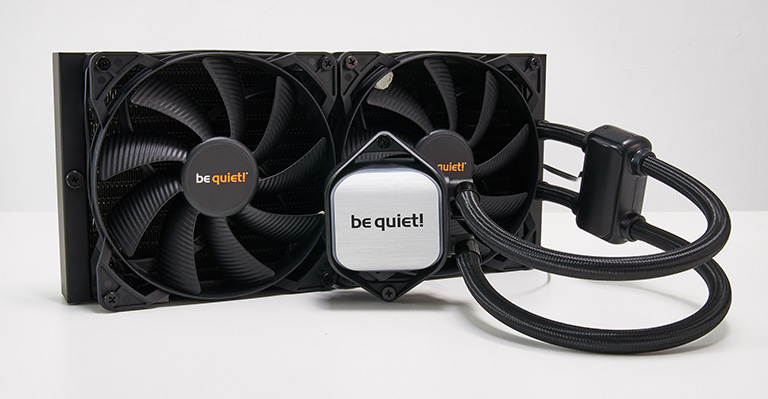 The radiators are now aluminium, the OEM has changed to an undisclosed manufacturer - so not CoolIT or Asetek - and thickness is 27mm. It's good to see Pure Wings 2 PWM fans being carried over from the dearer line.

The AIO looks unusual because it has what the company terms as double decoupling, which essentially introduces two areas - tubing and head - where vibrations and noise can be reduced. 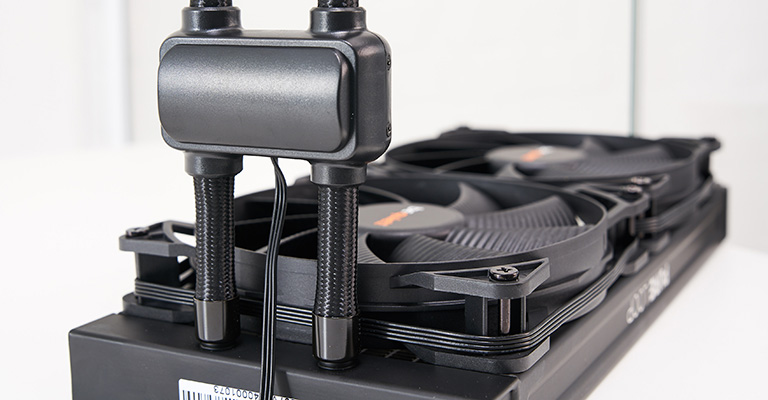 It's also good to see that be quiet! continues with the fillport on the Silent Loop series; the idea being that it can be filled as internal coolant evaporates over time and degrades cooling performance. The company says a 100ml bottle of coolant will be provided in the bundle, which is enough for seven or so refills every two years meaning it will function close to new 10 years in. Adding coolant won't invalidate the standard three-year warranty, either.

The head itself is a simpler affair with a plastic casing and white LEDs. The nickel-coated baseplate, meanwhile, can be used with liquid metal thermal compounds.

Expect to see the four sizes in early October.

Been looking at aio's for a future build and want one with a way to ‘refill it’ because it seems the biggest issue I've had is evaporation of liquid (I do work them hard with rendering etc) and even been toying with doing my own loop but I'm too lazy for that lol.
Posted by Jonj1611 - Thu 03 Sep 2020 13:14

LSG501
Fillport - I do wish more companies would do this.

Been looking at aio's for a future build and want one with a way to ‘refill it’ because it seems the biggest issue I've had is evaporation of liquid (I do work them hard with rendering etc) and even been toying with doing my own loop but I'm too lazy for that lol.

Out of interest what program do you use for 3d? I used to use Cinema4D and Vue but have now moved to Blender which to be honest has a lot of amazing features, particles are incredible.
Posted by LSG501 - Thu 03 Sep 2020 13:27

Jonj1611
Out of interest what program do you use for 3d? I used to use Cinema4D and Vue but have now moved to Blender which to be honest has a lot of amazing features, particles are incredible.

Combination these days but primarily, 3DS, Blender, Inventor. I'm more industrial/architecture orientated with my 3D work.
Posted by s1lv3r - Thu 03 Sep 2020 13:39
Fillport is a definite plus for me too.
Getting enough evaporation to cause bubbles with their associated resonant clicks/hums noise is very irritating.