Feeling the urge to upgrade to a modern, many-core processor? We don't blame as you as there's a certain attraction to migrating to, say, eight or more physical cores, but please do be aware of heightened cooling requirements.

The amount of juice needed to power the best mainstream parts from AMD and Intel is not insignificant, and if you're inclined to overclock, our internal testing has shown the i9-10900K alone can quite easily pull in excess of 260 watts when pushed. 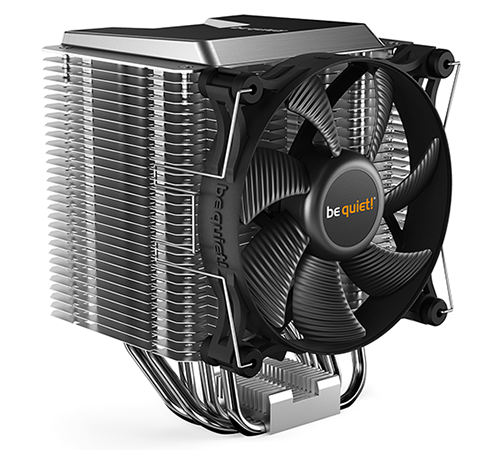 All the more reason to invest in a competent cooler, but how much cash do you really need to lay down? Our testing on a 16-core AMD Ryzen 9 3950X has revealed top-end performance when spending close to £100, yet is it possible to get respectable results at half the cost? To find out, we're taking a closer look at the be quiet! Shadow Rock 3.

Available for £45, this traditional air cooler is said to have been designed "for those searching for high performance air cooling and a low noise level." Sounds right up our street, and before we get to the cooler itself, it is worth taking a moment to appreciate be quiet!'s scope of delivery. Not only does the item come well packaged to guard against damage, but the accessories box has all the relevant fixings in separately labelled bags and includes both a proper screwdriver and a tube of thermal paste. It's only a small tube, good for perhaps two or three installations, but that's more than you get with most premium AIO liquid coolers, so fair play to be quiet! for not skimping on the essentials. 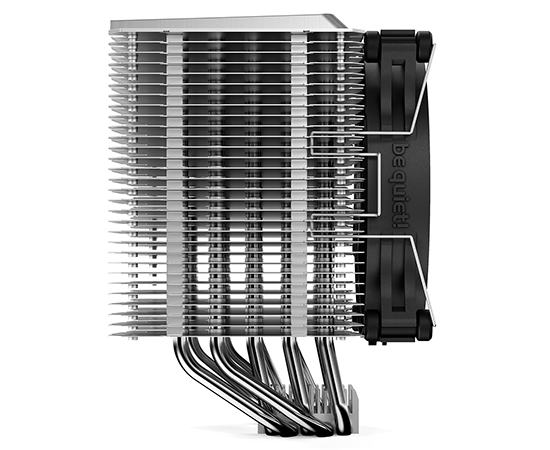 The heatsink is similarly tidy. Measuring 96mm (L) x 130mm (W) x 163mm (H) in size and weighing just over 700g, it adopts an asymmetric design to avoid spilling into any nearby memory slots. RAM clearance in front of the cooler isn't an issue, and though the cooler isn't huge, be quiet! still claims an official cooling capacity of 190W.

Running through the aluminium fin stack are five 6mm nickel-plated copper heatpipes that make direct contact with the CPU, and the heatpipe caps are neatly concealed by a two-tone brushed aluminium top cover. It is interesting to note that the 30 fins are somewhat widely spaced, allowing for greater airflow at the expense of overall surface area. Build quality is good throughout - the fins don't have a tendency to bend easily at the edges - and the smooth finish of the flattened contact plate inspires confidence. 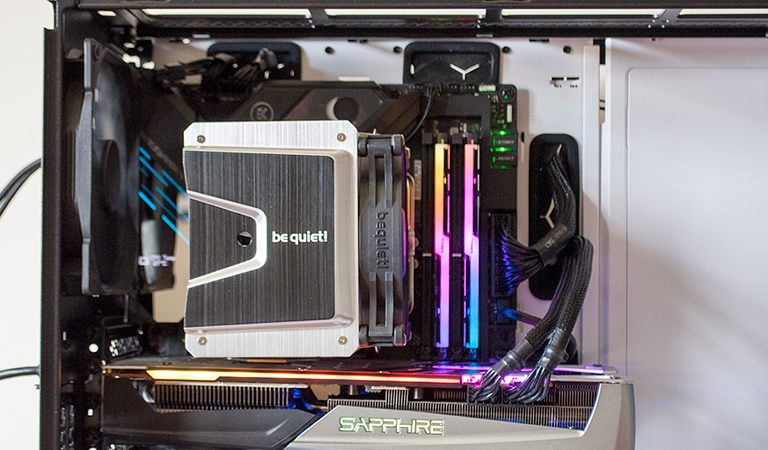 Earlier be quiet! coolers had a reputation for being a bugger to install, but there are no such problems here. After securing the retention modules to the motherboard simply position the mounting bracket over the base of the cooler and secure using two screws. Both are accessible from the top, though we do think be quiet! has missed a trick in not providing a cap for the access hole visible in the top plate.

The supplied Shadow Wings 2 120mm PWM fan clips on with ease and can hit speeds of up to 1,600RPM. A spare set of clips is included if you wish to add a second fan to the rear, and in the default configuration we can see that memory clearance on our Asus ROG Crosshair VIII Formula is no problem whatsoever. There's also a decent-enough gap between the heatsink and graphics card, and for most builders installation should be quick and simple. 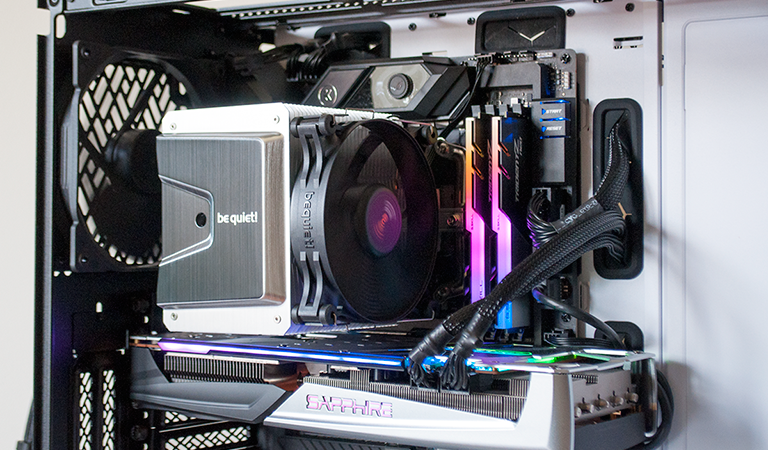 Every modern Intel and AMD socket save for Threadripper is supported, there's no chintzy RGB lighting to contend with, the whole cooler operates off a single four-pin cable, and be quiet! backs the Shadow Rock 3 with a three-year warranty. Most of the relevant boxes are ticked, though the cooler's appearance has divided us here at HEXUS HQ. Some like the two-tone finish, others find the overall finish somewhat disjointed. The aesthetic evidently won't be to everyone's taste.

What's most important is whether or not the Shadow Rock 3 lives up to its promise of impressive cooling and quiet operation. Let's turn up the heat on our 16-core Ryzen and find out.