Nvidia has just published a blog post and a YouTube video about the 'art and science' of modern graphics card design. The video ostensibly recaps 20 years of graphics card design technology. It specifically considers the challenges engineers and designers face in keeping the GPUs running cool, so they can do their job without combusting, or more reasonably, throttling.

The information presented starts with fundamental concepts such as the conservation of energy, and looks at the three ways that the heat generated by the billions of GPU transistors switching millions of times per second can be removed from the system (thermal radiation, conduction, and convection). 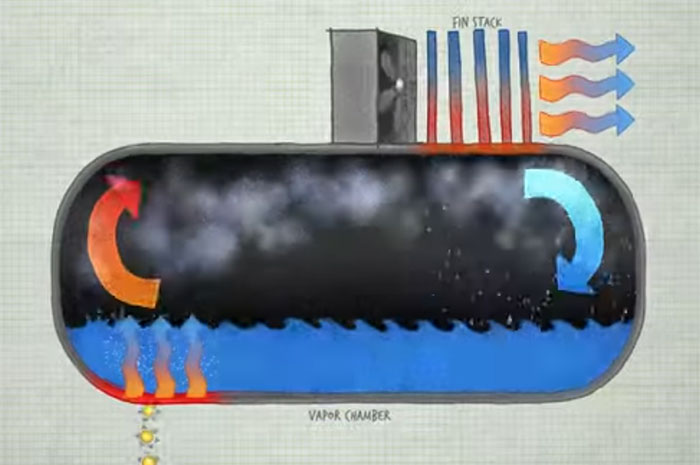 While we mull these concepts the video flashes progress made in Nvidia graphics card designs over the years and you can see familiar models and their cooling assemblies at various angles and in exploded views. With the talking heads discussing the increasing problem of power density and cooling, one starts to get the idea that Nvidia's upcoming graphics cards have been a bit of a challenge to cool.

Some sections of the Nvidia video turn more precisely to ponder over 'modern challenges' - thermal issues that the engineers and designers are facing now, or have faced recently with Ampere GPUs. In a section starting at about 6 minutes we are then treated to a view of the new 12-pin power connector which will replace the typical 2x 8 pin connectors on high-end boards. 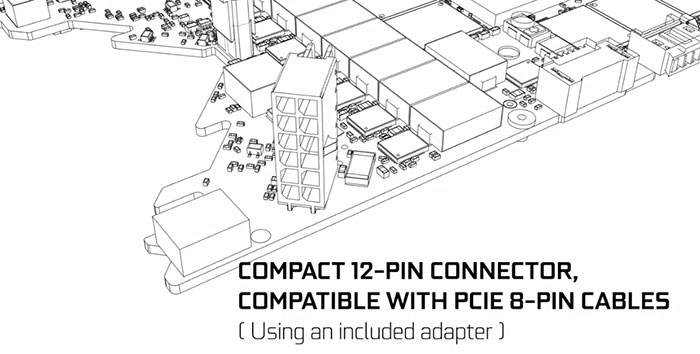 The animation showing the power connector replacement, which we know arrives with the introduction of the GeForce RTX30 series of consumer graphics cards, clearly shows the unusual shape of the PCB that features in this design.

Back in June we first heard about this pennant shaped PCB dubbed PG133. This unusually shaped PCB complements the double sided fan design of the RTX 30 Founders Editions. There is also supposed to be a more standard rectangular PCB dubbed PG132 for board partners to utilise versions of their typical cooling shrouds we have seen on previous gen graphics cards.

In its accompanying blog post Nvidia says that its engineers and designers have pondered over the following points to create cool and quiet GPUs that can reach their maximum potential:

As a reminder, Nvidia's GeForce Special Event will be live next Tuesday, 1st Sept.

Way to go!
Posted by CAT-THE-FIFTH - Wed 26 Aug 2020 15:23
So much hype,and I can't remember Maxwell,Pascal or Turing being hyped so much. AFAIK,unless next week its the actual launch,its meant to be a “product reveal”. The product reveal is hype for the launch so this is 21 days of hype for the hype for the launch. So either Ampere is going to be the next 8800GTX or the next Fermi.
Posted by edmundhonda - Wed 26 Aug 2020 15:24
Interesting that they're selling the new power connector as a packaging benefit and not on the higher power delivery capacity. More amusing that they felt the need to make 2x8pin look as big as possible in comparison by including both sides of the connection:

edmundhonda
Interesting that they're selling the new power connector as a packaging benefit and not on the higher power delivery capacity. More amusing that they felt the need to make 2x8pin look as big as possible in comparison by including both sides of the connection:

They are trying to make the PCB bigger so they can increase the mass of cooling they can use in a specific card size. This means either the cards are using a ton of power,or there is some very hot running parts(which leaks say is the RAM which has been pushed to the edge).
Posted by kalniel - Wed 26 Aug 2020 15:37
It's a lot of effort into marketing first party cards. 1) I can't imagine board partners are too impressed by this. 2) When they're focusing hype on cooling/power delivery, is that telling us the underlying GPU isn't that amazing?