It is a little over a week until Nvidia's #UltimateCountdown concludes. The initial salvo of GeForce RTX 30 series graphics cards (RTX 3090 and 3080?) are expected to be the stars of the show at the special event on 1st Sept, starting at 9am PT (5pm BST). As predicted, leaks about these exciting new products are piling up and there have been two major spills over the weekend.

On Friday evening a cloud security researcher by the name of @GarnetSunset published a couple of photos of a purported Nvidia GeForce RTX 3090 which was sat on his desk next to an RTX 2080 Founders Edition graphics card, for scale. The Tweeted images showed the comparison face-up and face down. 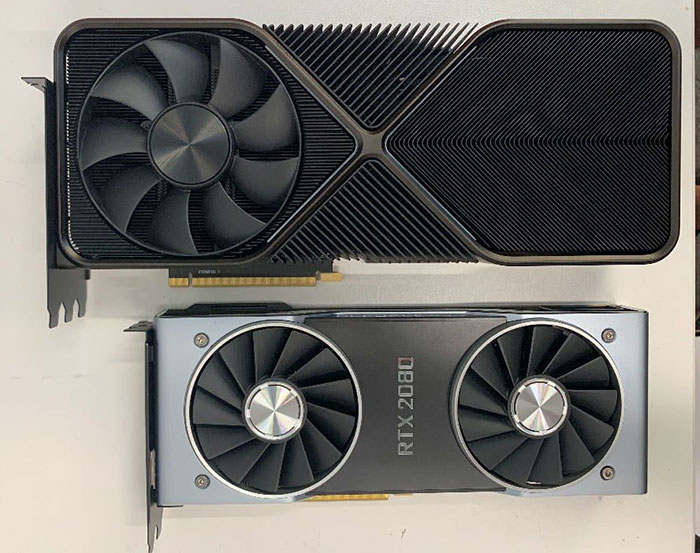 A lot of replies seemed to be about the poster having manipulated the images to make the RTX 3090 look bigger than it really is. However, this accusation is staunchly denied, with the OP puzzled about why people think he would do such a thing. In one notable reply @GarnetSunset asked a fellow Twitterer what he would gain by making a GPU look approx 4 per cent larger than it is. 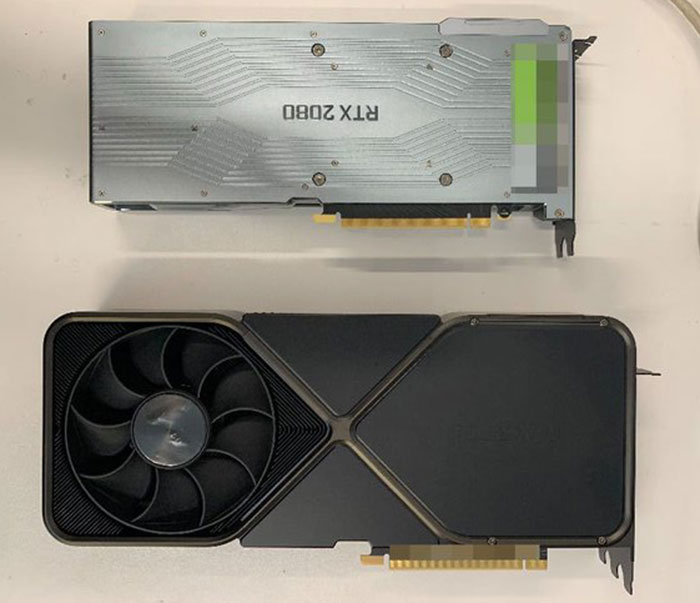 So, what can we see here? The GeForce RTX 3090, the Titan of the Ampere generation, uses the cooling shroud we first saw back in early June. It is a triple slot cooler, and the source asserts it is 310mm long.

The source also provided some pricing for the whole upcoming range, as follows:

Size doesn't look manipulated, just some type of lens/view/perspective distortion is at play

We don't have much in the way of specs for the upcoming Ampere GeForce cards but 10 days ago we reported upon the Micron PDF that shared the RTX 3090's memory configuration. A week ago we followed up with some RTX 2080 benchmark details.

There have been some rumours about the next GeForce generation using a new power connector. At the weekend it was revealed that PSU maker Seasonic has produced an adapter so its customers could convert 2x 8-pin Molex connectors the Nvidia 12-Pin PCIe connector as used by upcoming Founders Edition graphics cards. 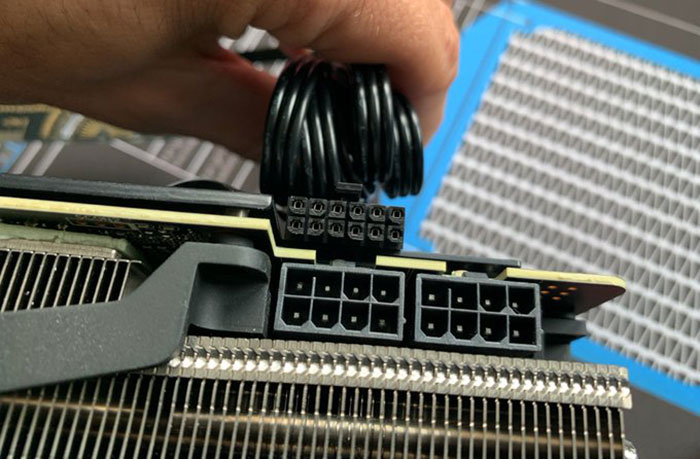 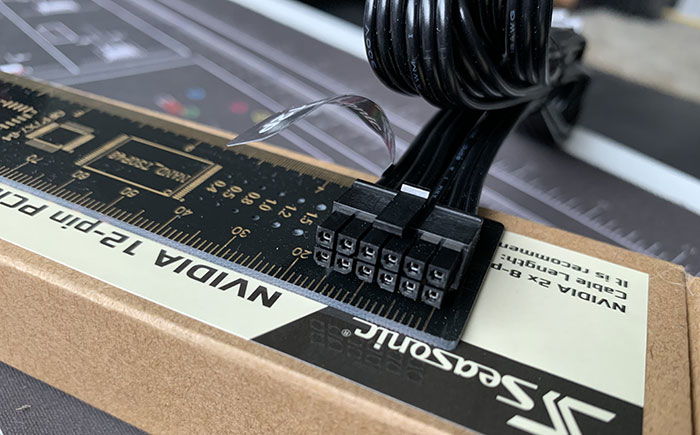 DevDrake
new connector? what for?
I wonder if the 3900 will fit normal cases.
anyway, if these prices are right, then I dont care. Got better places to throw my money at.

if rumours are true its 310mm long. My case is a normal case, back from when cases were cases not the lighting rig from Top Of the Pops soundstage. Since it dates from the last time things were really crazy:
Maximum Expansion Card Length 334mm (with HDD cage) / 487mm (with HDD cage removed) (full tower case)
Even my mid-tower case is 293mm with cage, 423mm without cage.

So normal cases should take it just fine. Whether the modern bling brigade can fit it inside their little rainbow castles will depend on how generous the manufacturer has been, and on how many my little pony glow in the dark glitterball unicorns they've tried to cram inside the thing.
Posted by maverick77_uk - Mon 24 Aug 2020 11:31
I may be wrong here, but the article keeps referring to “8 pin Molex”. Shouldn't that be “8 pin PCI-E”, as molex, by definition, is the old 4 pin stubby thing we all love or hate?
Posted by Zhaoman - Mon 24 Aug 2020 11:32
The real launch for most people is in Nov/Dec for 3060 and Big Navi. Hopefully some of those prices will come down following that depending how competitive AMD are.