On Friday HEXUS reported upon Micron's apparent slip in providing various details pertaining to the Nvidia GeForce RTX 3090 graphics card. An official tech brief document for Micron partners listed some key specs of what we expect to be the flagship consumer Ampere graphics card announced on 1st Sept. 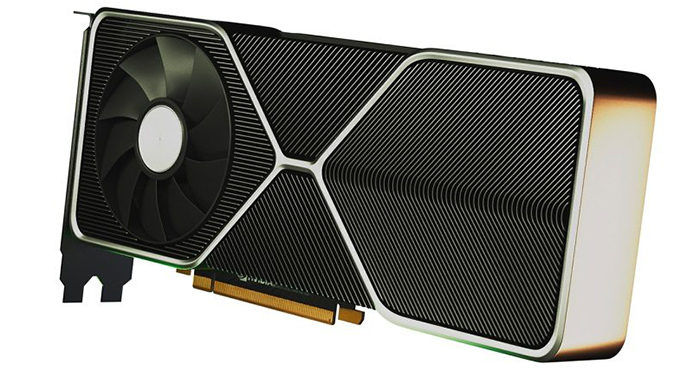 Over the weekend some initial details of a second high-end Ampere consumer graphics card has emerged via various sources. An Nvidia GeForce RTX 3080 has been spotted in UserBenchmark run data, as well as in the most recent driver INF file for Microsoft Windows.

The GPU core clocks are remarked upon as being unimpressive (not much better than Turing) and in this first test the scores are not inspiring either, for some reason. The UserBenchmark data listed above had been removed at the time of writing.

In the fourth bullet point above you can see the PCI device ID string for the RTX 3080. This was confirmed by the maintainer of TechPowerUP GPU database, T4CFantasy, as belonging to the RTX 3080. Additionally, we can see the following new Nvidia PCI IDs: