There have been a fair number of rumours, leaks and 'photos' of Nvidia GeForce RTX 30 series products going around recently. It is understandable that the rate of leaks will increase as a product nears launch and distribution, and by all accounts the Nvidia GeForce RTX 30 graphics cards are due to be unveiled shortly.

Nvidia has been teasing on social media with its #UltimateCountdown which will end with a special event, to be hosted by CEO Jensen Huang at 9am PT (5pm UK time) on Tuesday, 1st Sept. It is pretty certain that the Nvidia GeForce RTX 30 series products will be unwrapped on this day, with product launches by Nvidia and partners rolling out about a week later. 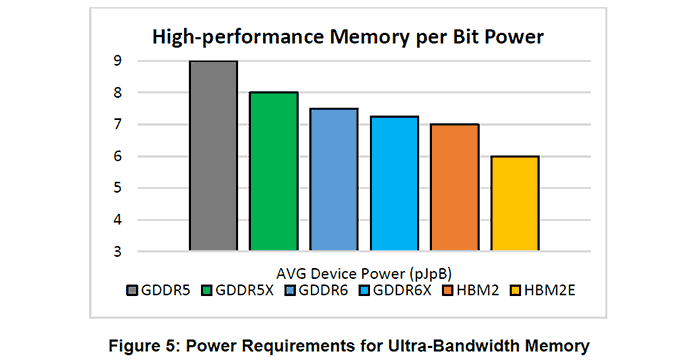 In the tech brief Micron discusses lets a sizeable cat out of the bag with the following paragraph:

"In Summer of 2020, Micron announced the next evolution of Ultra-Bandwidth Solutions in GDDR6X. Working closely with NVIDIA on their Ampere generation of graphics cards, Micron's 8Gb GDDR6X will deliver up to 21Gb/s (data rate per pin) in 2020. At 21Gb/s, a graphic card with 12pcs of GDDR6X will be able to break the 1TB/s of system bandwidth barrier! Micron’s roadmap also highlights the potential for a 16Gb GDDR6X in 2021 with the ability to reach up to 24Gb/s. GDDR6X is powered by a revolutionary new PAM4 modulation technology for Ultra-Bandwidth Solutions. PAM4 has the potential to drive even more improvements in data rate."

Additionally, Micron has shared a 'Categories of Ultra-Bandwidth Memory' table which shows us what to expect with the arrival of the Nvidia GeForce RTX 3090 graphics card. I've truncated the table, to centre on the headlining specs of the RTX 3090, as below.

The above confirms a number of important things. For example, we now know the flagship GeForce RTX 30 series card will be the 'RTX 3090', and it will come packing 12GB of GDDR6X memory on a 384-bit interface. As per the highlighted quoted paragraph, above, this memory provides bandwidth of up to 1TB/s.

Mod from Baidu forums posted this.

Tunnah
3090 seems to be the new name for the Titan then. Maybe scaling the Titan down in what it could achieve in regards to workstation/HPC workloads, as to reduce cannibalization of the quadro and above lines.

They will have a Titan above it. The leaked pricing if true,means they are pushing stuff up another tier. Having mining-like margins last year with no gaming,wasn't enough apparently! :rolleyes:
Posted by kalniel - Fri 14 Aug 2020 15:45
Hmm if the flagship is 12GB then I can't see the others being any more, even if GDDR6, so as not to confuse things. I'd expect a first round of 8-12GB cards then 16GB cards 3070 etc. coming out as a refresh later.

That does give AMD an opportunity to put more mem on their cards first time out though.. which always looks good on the box at least.

If that's true, nvidia think the competition with AMD is at the 3070 level. I'm not so sure, I think the 3080 will be the one under most pressure, therefore the one most likely not to see a price increase. Lower cards won't have competitors probably and will probably increase in price.
Posted by CAT-THE-FIFTH - Fri 14 Aug 2020 15:54

kalniel
If that's true, nvidia think the competition with AMD is at the 3070 level. I'm not so sure, I think the 3080 will be the one under most pressure, therefore the one most likely not to see a price increase. Lower cards won't have competitors probably and will probably increase in price.

I think they don't care anymore - probably think they are Apple or something! :P

Hopefully this is not true..