Gigabyte has officially launched the Eagle series of graphics cards. This appears to be a budget / entry level range and is rather a small 'series' to start with - just one Nvidia GeForce GTX 1650 D6 (DDR6 memory) product. We first caught a glimpse of the Gigabyte Eagle range as Aorus Japan teased it, when the Nvidia GeForce GTX 1650 GDDR6 became an official product. 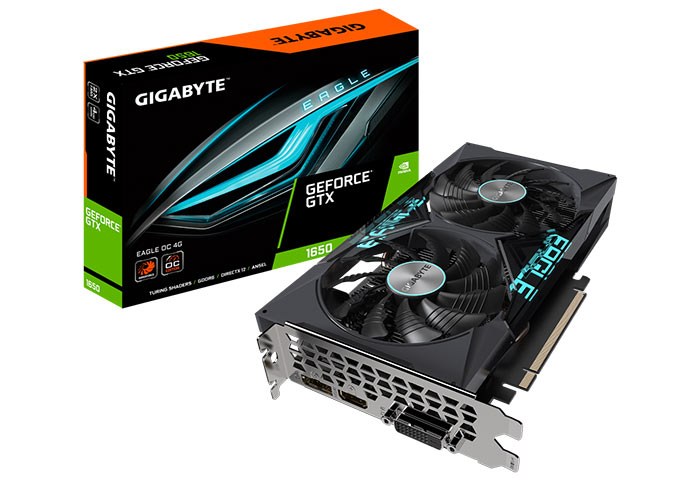 The Eagle range, says Gigabyte, provides cool looks with a compelling combination of performance and cooling. The series uses a matte blue-grey base colour for both shroud and backplate. Some of the pictures make it look like the card has single colour LED lighting but since it is not mentioned I'm going to assume this is due to the 'fluorescent blue' finish applied here and there. 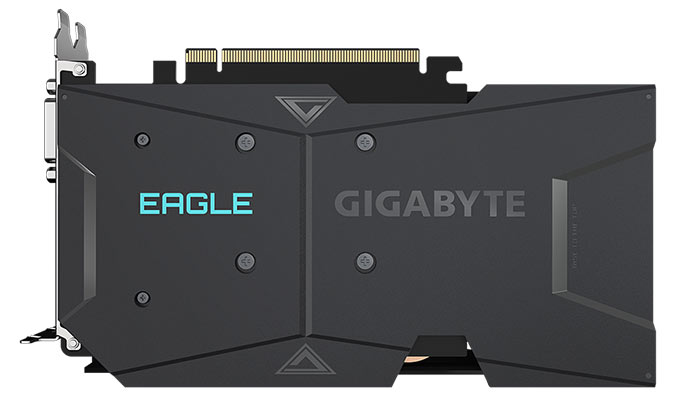 As mentioned in the intro these are GeForce GTX 1650 graphics cards with GDDR6 memory. They feature 4GB of GDDR6 on a 128-bit bus running at 12,000MHz to provide 192GB/s bandwidth. These cards sit a little above the regular GTX 1650 which has 4GB GDDR5 and bandwidth of 128GB/s - but it is the same in all other respects like CUDA core count and GPU clocks. This particular card has a core clock of 1815MHz out of the box, somewhat higher than the 1590MHz reference.

Gigabyte's GeForce GTX 1650 D6 Eagle OC 4G uses the firm's familiar WindForce 2X cooler design. As it sounds, this uses twin fans and Gigabyte has its 2x 90mm 'unique blade' fans set up in alternate spinning mode. The fans use Gigabyte 3D Active Fan tech and remain off - silent unless the GPU is put under load. In concert with the fans, Gigabyte leverages composite heatpipes and Direct Touch copper heatpipes covering the GPU and VRAM. 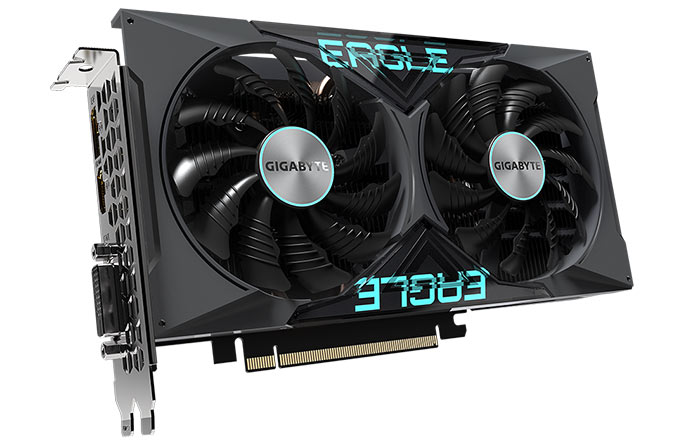 I don't have any information about the Gigabyte Eagle series pricing and availability at the time of writing.