In the middle of last week Nvidia GeForce GTX 1650 graphics cards with GDDR6 memory were spotted in various web site listings. In particular a Gigabyte model, the GV-N1656WF2OC-4GD, was detailed. Rather than the 4GB of 8Gbps GDDR5 memory of its older siblings, the new card sports 4GB of 12Gbps GDDR6. This faster memory is expected to make the GTX 1650 moderately faster, depending upon the task at hand. Incidentally, PCGamer heard got a quote from Nvidia regarding the move, and the brief response was that "The industry is running out of GDDR5, so we've transitioned the product to GDDR6." So, this wasn't a strategic competitive decision about the performance of the GeForce GTX range.

Asus appears to have two new GTX 1650 variants with GDDR6; the overclocked TUF Gaming GTX1650-O4DG6, and standard clocked TUF Gaming GTX1650-4DG6. Asus hasn't penned any news release about the new cards and in my quick comparison with the existing Asus TUF stock - nothing has changed in design terms but under the shroud you have the faster memory and a slightly slower clocked GPU (as we saw with last week's Gigabyte leak). 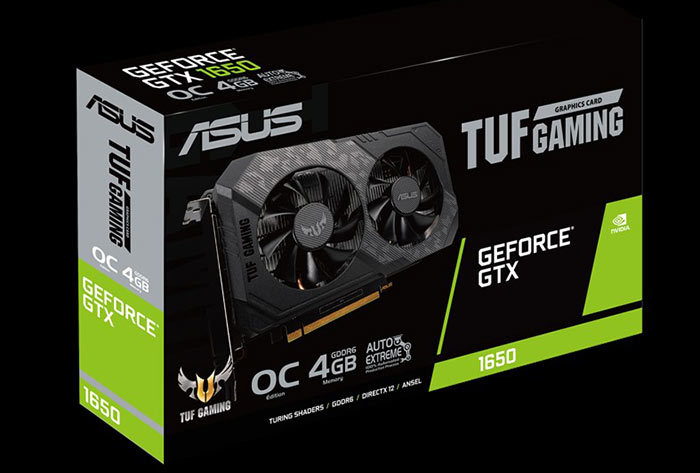 As you can see above, the Asus packaging mentions GDDR6 twice on the front of the carton sleeve.

EVGA has gone into some more detail about how it has 'levelled up' by equipping its GTX 1650 cards with GDDR6. The firm says that its EVGA GeForce GTX 1650 GDDR6 gives you "that extra edge to up your game to the next level," and has a marketing graphics performance chart with which to enchant you, see below.

Key specs of the new EVGA card are that its 996 CUDA core GPU runs at a boost clock of 1710MHz, and its GDDR6 RAM runs at 12,000Gbps, delivering 192GBps bandwidth. EVGA is selling this card for US$160. It still sells GDDR5 models for above and below this price, depending upon OC model, cooler, etc. 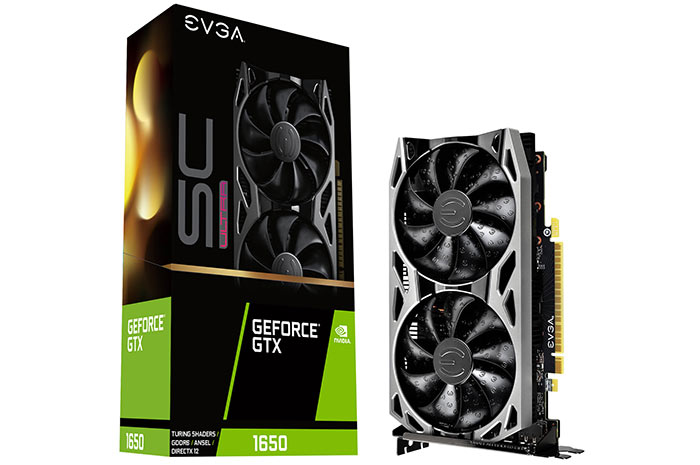 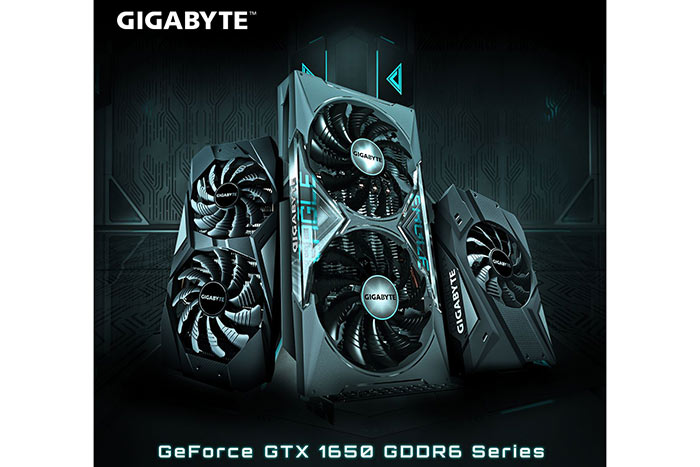 MSI has published a full press release about its GDDR6 upgrades to its GeForce GTX 1650 series. Like Gigabyte, MSI has decided to make it pretty clear that these are new faster memory products by adding the 'D6' suffix to the upgraded range. 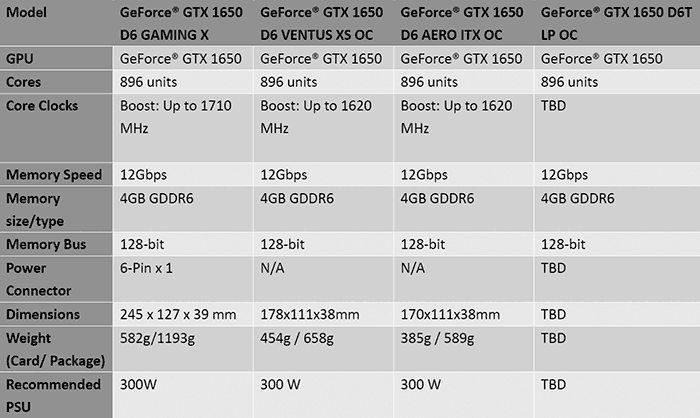 MSI appears to have enthusiastically embraced the change and has eight new SKUs to present; the Twin Frozr thermal design GeForce GTX 1650 D6 Gaming, the smaller dual fan D6 Ventus XS, the compact D6 Aero ITX, and twin fan low profile D6T LP. Each of those four models is also being sold in an OC variant. MSI says that are all available immediately.