One of the most recent reviews of a be quiet! PC chassis by HEXUS featured the Pure Base 500. You can read more about be quiet!'s foray into the sub-£100 (actually now £69.98) mid-tower chassis market via the link. The chassis won a HEXUS recommended award with many great qualities but wasn't without some niggles. 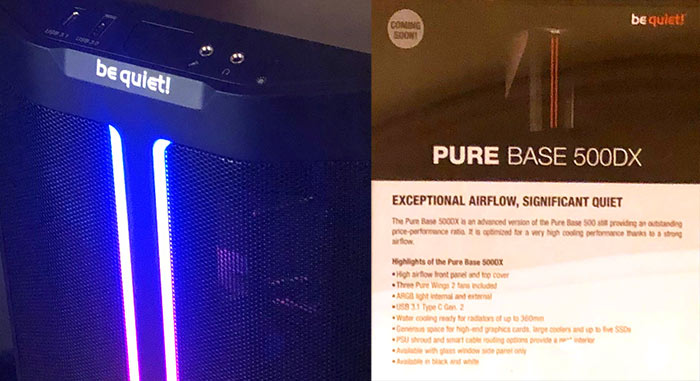 Now be quiet! has delivered some significant changes to the design to expand on the concept while ironing out some of the wrinkles we highlighted. The main thrust of the redesign is increased airflow. It is described as "an advanced version of the Pure Base 500… optimised for a very high cooling performance thanks to a strong airflow". What practical changes have been made to boost airflow are as follows:

Other changes in the design include a front panel USB 3.1 Type C Gen. 2 connector - the lack of this modern port was one of the wrinkles noted in the HEXUS review. Elsewhere just from frills, be quiet! has added "a lighting concept with separately addressable RGB LEDs inside and outside the case." This ARGB LED system can be controlled via the motherboard connection and accessory software. However if you wish you can simply toggle through six different colours and four predefined lighting modes using a new front I/O panel button. 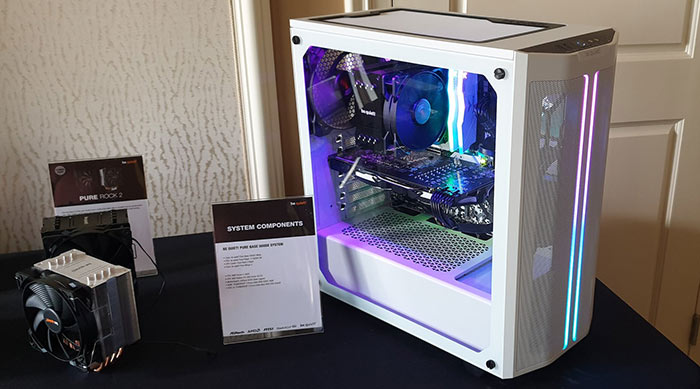 be quiet! told us that the new Pure Base 500DX comes in black or white coating, with a side panel window, and it will start to become available at retailers from March.

Be quiet! is happy to inform us that the new Dark Power Pro 12 is its first power supply with 80 PLUS Titanium certification and up to 94.9 per cent efficiency. The PSU features fully digital power regulation - again a first for the firm. Inside the all-aluminium case you will find a patented frameless Silent Wings 135mm fan and funnel-shaped air intake for cool and quiet operation. 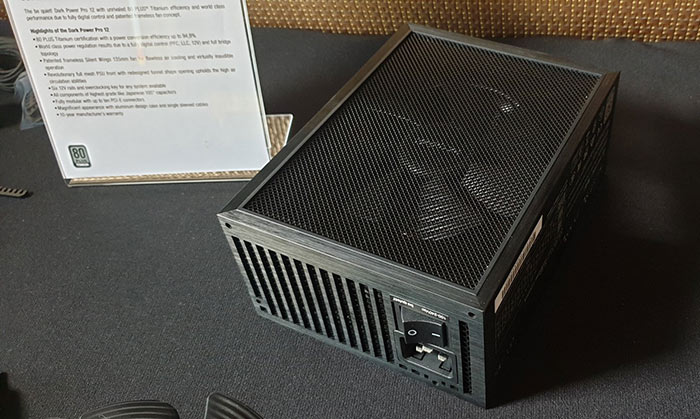 With regard to its new CPU coolers, be quiet! asserts that the Shadow Rock 3 and Pure Rock 2 CPU coolers "offer significant improvements over their predecessors". The former packs a large heat sink, five 6mm high-performance nickel-plated copper heat pipes with direct touch (HDT), and a Shadow Wings 2 120mm PWM high-speed fan, to deliver up to 190W heat dissipation. 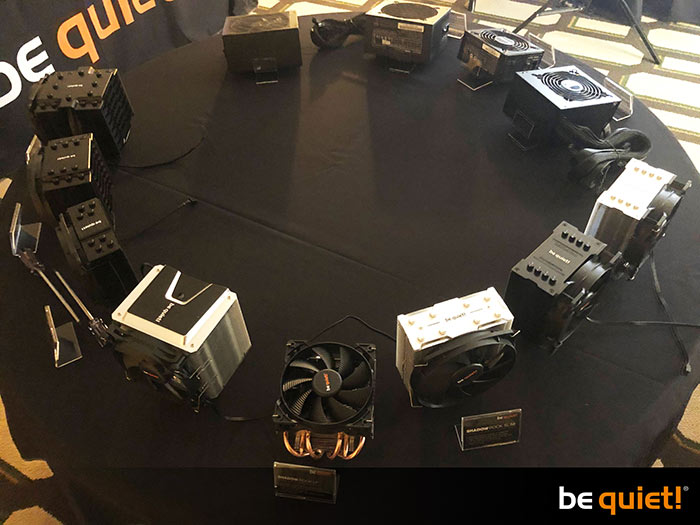 The be quiet! Pure Rock 2 features four high-performance 6mm heat pipes and a Pure Wings 2 120mm PWM fan and certified for cooling up to 150W. This cooler is claimed to offer an "excellent price-to-performance ratio," and low noise operation, for mainstream processors. Both new cooler iterations feature asymmetrical construction to avoid blocking memory slots on mainstream motherboards. They are both due to become available in April 2020. 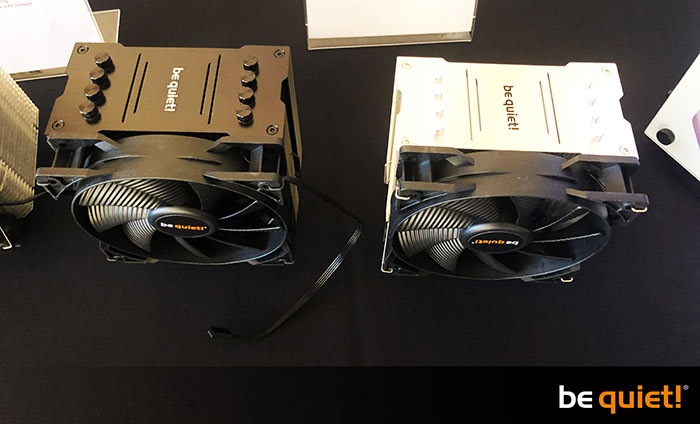 Namor
As soon as I see thumb screws, no thanks.

I don't mind thumbscrews, mainly because the clips and rails I've had on other cases, from Fractal Design and Antec, have proved pretty fiddly.
Posted by Rubarb - Wed 08 Jan 2020 15:30
Them PSU's look awesome and diferent looking to whats on the market atm.
The case Hmmm… looks like every other case atm and no optic drive bay, they say airflow but the way cases are maid these days I doubt that.
Posted by Ttaskmaster - Wed 08 Jan 2020 16:02

Namor
As soon as I see thumb screws, no thanks.

As opposed to what, though?
The last time I saw anything but thumbscrews was the spring latches on the old Corsair 650 Obsidian.

There are several alternatives, but you can bet each will bump the price up. Personally I'd rather everyone used captive thumbscrews like the Carbide 500R had.
Posted by nar53 - Wed 08 Jan 2020 23:37
ermm