Cyberpunk 2077 developers are determined to keep our attention as we still have to wait over three months, until 19th November, for this delayed game to be released. In late June we saw and digested Night City Wire Ep1, which went into details about the game's Braindance mode, as well as some underlying tech such as raytracing and DLSS 2.0. Now there has been a second live stream event which looked more closely at Cyberpunk 2077 weapons, lifepaths, and a bit about the music on the game. 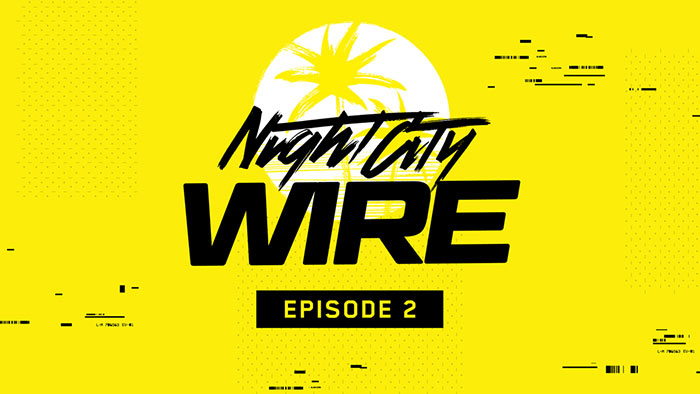 In Cyberpunk 2077 there are three basic categories of weapons; melee, ranged, and cyberware (such as body modifications). CDPR has produced a video all about the ranged weapons, the guns, which also fall into approx three categories; power, tech, and smart weapons. Power weapons are roughly like contemporary guns, tech wepons use electromagnetic power, and smart weapons fire smart projectiles which can hit targets out of view. 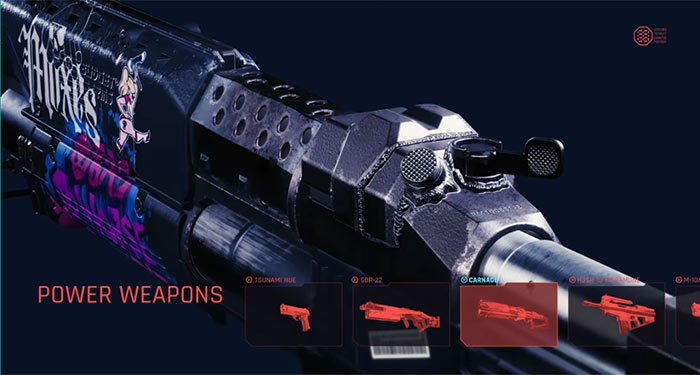 RPG mechanics will apply to improve weapon damage, accuracy, reloading speeds, weapon features, and handling. Furthermore, weapons will be able to be improved/upgraded in various ways. Weapons will be found/looted/bought in various rarities and can be upgraded with the usual 'attachments' such as scopes, clips, and silencers - as well as software modes to change gun stats once equipped.

Cyberpunk 2077 will feature three lifepaths; Street Kid, Nomad, and Corpo , each with a very distinct origin story, particular resources, knowledge, and connections. A Street Kid will have grown up in Night City and be very familiar with the location and its criminal elements. Nomads were brought up in the desolate desert badlands outside of Night City, leaving a family/clan behind but possessing a range of useful self-reliance skills and with a hunger for success. Lastly, Corpos are 'corporate stooges' who can leverage business and organisational connections to prosper in Night City.

CDPR insists that the origins of your character won't just matter at the beginning of the story but will provide meaningful story and lifepath differences as your progress. Whichever you choose, you will be known as 'V' and start the game as a mercenary outlaw looking for an implant to provide immortality.

Cyberpunk 2077 launches on 19th Nov on Windows PC, PlayStation 4, and Xbox One, with Google Stadia shortly after (by the end of the year), and PlayStation 5 and Xbox Series X specific releases in 2021.

This was one of the game mechanics that really turned me off it, the last time I saw a feature video, along with their implementation of the much-hated X-Ray Vision/EagleVision/TombRaiderVision mechanic.
Posted by aniilv - Wed 12 Aug 2020 00:55
so its gonna be another console “press x to win” game
Posted by kalniel - Wed 12 Aug 2020 08:14

I doubt it - it's a very large, detailed RPG by the looks of it. I'm not sure we even know if there's a ‘win’ state.

The issue of player skill vs character stats is always a problem for RPGs though - what if I'm role playing a sharp shooter, and I've used skill to design a character that fits that role, but I'm a clumsy oaf in real life? Should I be able to ‘instruct’ my character to perform a difficult shot, or should I have to jump in and use my real-world stats rather than my characters?
Posted by CAT-THE-FIFTH - Wed 12 Aug 2020 10:01
I hope auto aiming bullets happen to be one option,and not the default option. Otherwise it would severely effect the customisability of gameplay styles.
Posted by Ttaskmaster - Wed 12 Aug 2020 11:58

kalniel
The issue of player skill vs character stats is always a problem for RPGs though - what if I'm role playing a sharp shooter, and I've used skill to design a character that fits that role, but I'm a clumsy oaf in real life? Should I be able to ‘instruct’ my character to perform a difficult shot, or should I have to jump in and use my real-world stats rather than my characters?

There should be a modifier mechanic that facilitates a significantly increased chance of making the shot… but one that still allows the possibility of failure, because no-one is going to be perfect, unless they're a sidekick of Buckaroo Banzai.