CD Projekt Red shared the first episode of Night City Wire yesterday evening, which promised further news and info about the highly anticipated Cyberpunk 2077 game. The pre-recorded 'event' consisted of a new game trailer, some developer chat about what was shown off in the demo, and a first look at the game's Braindance mode.

Embedded above is the new trailer for your convenience. On its own it just seems like another mishmash of clips from the game, so it is good that in the Night City Wire video (embedded below) that the developers talk through it. However, you don't need to listed to that segment if you have already watched the new trailer, Nvidia has written up some technical analysis of the demo too, in a GeForce blog post.

Nvidia says that Cyberpunk 2077 will be released with four immersive ray traced effects built-into the graphics engine, as well as working with Nvidia DLSS 2.0 tech on the PC. Specifically, PC gamers will be able to tune Ray-Traced Diffuse Illumination, Ray-Traced Reflections, Ray-Traced Ambient Occlusion and Ray-Traced Shadows. All the raytracing tech goes through Microsoft's DirectX 12 Ultimate DXR Raytracing API, so it should work with AMD raytracing compatible GPUs when the drivers are ready for DX12 Ultimate. Of course Nvidia DLSS 2.0 will remain a green team exclusive, being proprietary and accelerated by Nvidia tensor cores (RTX cards only). 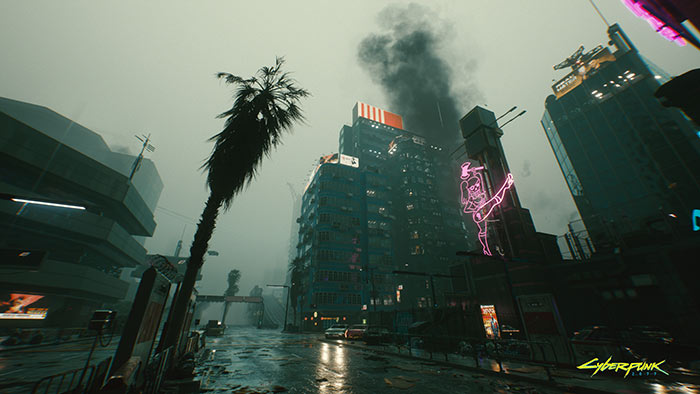 Nvidia was also keen to point out that Cyberpunk 2077 will be playable via GeForce Now from day one (19th November). Thus users of lower-powered PCs, Macs, or even Shield TV and Android devices, can play the game at 1080p 60 FPS. 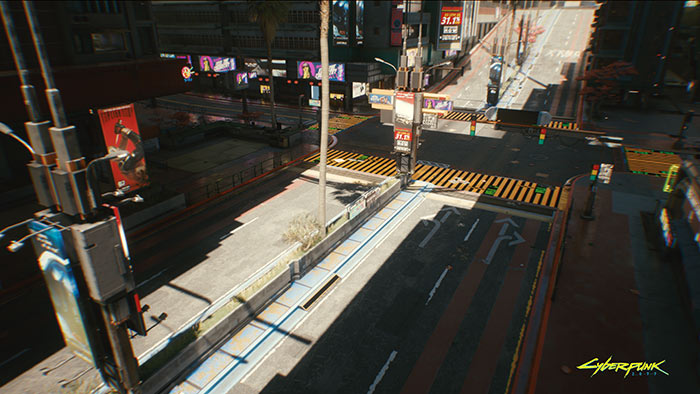 I mentioned 'Braindance' in the intro, so will sum up this aspect of the game. Braindance is simply a way that players can experience another person's memory in the game. Most Night City residents wear numerous electronic smart devices but specifically a 'BD' device allows you to step through sensory recordings of other gamer/NPC experiences.

You will have full camera control during BD playback and you can isolate and analyse objects/sounds in the recordings for further investigation. I think it will be used quite often in the game where you work in the manner of a detective, finding clues and so on.

Posted by kalniel - Fri 26 Jun 2020 10:24
I watched this yesterday, and the best looking bit IMHO was the outside landscape segments which I thought were stunning - looks like physically based rendering is being used well - and nothing to do with ray-tracing. Object pop-up was pretty distracting though- I wonder if new consoles fix this problem?

The character models were disappointing, looking a bit plasticine with not the greatest animation and self-shadowing - both things that are hard to get right, but a couple of other developers seem to have nailed it.
Posted by Moonister - Fri 26 Jun 2020 16:25
meh…
Posted by CAT-THE-FIFTH - Fri 26 Jun 2020 19:00
Pcgameshardware says the demo was with DLSS on at 1080p using an RTX2080TI:
https://translate.google.co.uk/translate?sl=auto&tl=en&u=https://www.pcgameshardware.de/Cyberpunk-2077-Spiel-20697/Specials/Cyberpunk-2077-Preview-Raytracing-1352917/

So the actual rendered internal resolution with an RTX2080TI is less than 1080p!
Posted by kalniel - Fri 26 Jun 2020 20:25
Looks like the playable demo was as you say Cat, while the gameplay trailer was 4k/30 without raytracing (and the SSR was really impressive).

From your link I'm not impressed by the monk screenshot at the end of the gallery.

look at the lighting of the carpet around the candle on the right - it looks like a placed lighting with neither global illumination nor raytraced shadows (even ambient occlusion would have helped the candle seem seated in the scene better).

We're probably asking too much - this is only the start of RT really. I bet games will look a lot better in 5 years.
Posted by Terbinator - Fri 26 Jun 2020 20:29
There's like three (4 if you include Nvidea's vid) different versions of media out there for this one media drop which is poor, really.

The media B-roll is 4K30 but doesn't have RT, the majority of people actually played a 1080p GeForce now stream and then you've got the PCGH who appear to have played a native PC experience along with some Australian outfit.

Confused as to why they wouldn't just offer up remote downloads for everyone.