This weekend was the 24th annual QuakeCon event and there was a smorgasbord of news from Bethesda, the iconic software publisher. Coinciding with the event there was news of Rage 2's second major update and a new roadmap, the release of Wolfenstein; Youngblood and Cyberpilot (VR), plus generous slices of Doom news.

Our headline today is that Bethesda has announced that the original Doom trilogy (Doom, Doom II, and Doom 3) is on the way to the Xbox One, PlayStation 4, and Nintendo Switch. If you are a mobile gamer then you might be pleased that Doom and Doom II are also on their way to the mobile duopoly of iOS/Android.

All the newly released Doom games were made available straight away, this weekend. However, there were cries of anguish from some users as it became evident that playing any of the games required logging in to a Bethesda account… 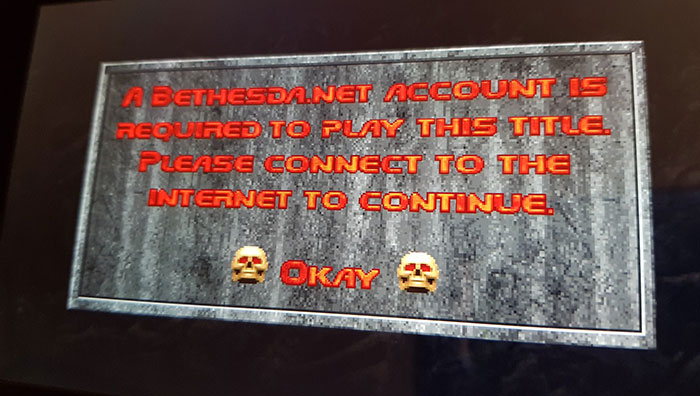 Over the weekend Bethesda has responded to this and explained that the login was intended to allow gamers to earn 'Slayers Club' points to unlock items for the upcoming Doom Eternal. Bethesda is working to update the games to make the login optional, as it said it originally intended.

Doom 64 is the only Doom game never to be released for PC (though it can be played on N64 emulators of course). At the weekend Twitter user Gematso noticed that "PEGI has rated Doom 64 for PS4 and PC", and shared a screenshot. Doom 64 should be released for Xbox One and the Nintendo Switch if it does indeed go ahead on PC and PS4.. 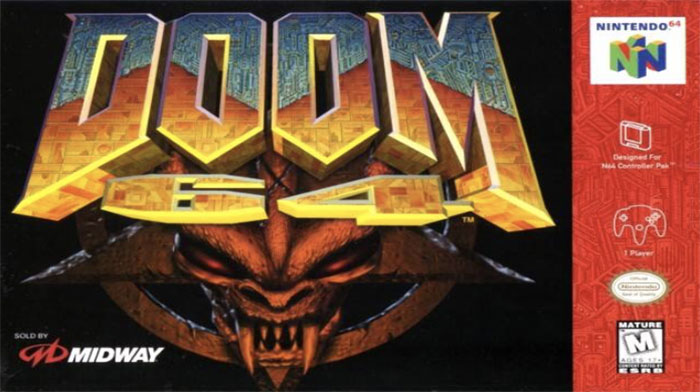 Until now, if the PEGI rating is indeed a sign of impending release, Doom 64 has been an N64 exclusive since 1997. PCGamesN reckons the lack of Doom 64 ports is probably due to the fact it was developed by Midway for Nintendo, rather than by id Software. Interestingly "Doom 2016 seems to be set following the events of Doom 64," notes the source, so it is a welcome addition for story completists.

Posted by ValkyrieTsukiko - Mon 29 Jul 2019 13:27
Didn't bethesda remove the (working) backwards compatibility support for the doom games on the Xbox one as this came out so people who were playing it or have it already on disc from the xbox/360 days now have to rebuy it?
Posted by philehidiot - Mon 29 Jul 2019 15:24
“We're making a hash of customer relations and new games so we're trying to milk something we know works, even though people can play Doom on their phones and printers these days”.

What on earth are you on?
Posted by Ttaskmaster - Tue 30 Jul 2019 10:41
I noticed WorthABuy has a couple of new videos that are something to do with this. Haven't watched them yet, as I'm not really in the mood for an opinion-rant at this time. Probably has some truth in whatever he says, though… He usually does, even if he's not wholly on the same page as me.

philehidiot
Also, Doom has been pirated so much you can probably download it from the toilet.

It's cheaper and a more pleasant experience to just buy the games for a couple quid off GOG.com.