I remember enjoying Quake when I originally played it, which was a couple of years after its release. But having tried to replay it several times in recent years, I’ve always struggled to get immersed. This is because the Steam version of Quake is (or was) terrible, a janky, rickety version of Quake unoptimised for modern systems. It’s hard to get involved in a game when running it at HD resolutions turns it into a slideshow. 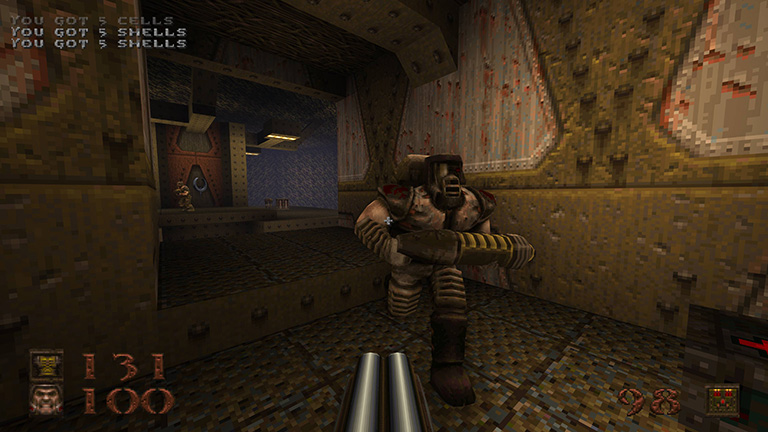 In simply removing all that pain and frustration, Nightdive’s remaster of Quake justifies its existence. But this careful and comprehensive update adds so much more than an optimisation pass. It curates Quake, it updates Quake, and it even adds a little bit more Quake. Most of all, though, it makes it easy to appreciate what a masterful FPS Quake was, and still is.

At a base level, the Remaster ports Quake to Nightdive Studios’ KEX engine, previously used for a bunch of successful remasters including Doom 64 and Blood: Fresh Supply. Features-wise, the remaster adds widescreen support, fov-scaling, proper support for full-screen and windowed play. It also adds some optional graphical improvements, like anti-aliasing and ambient occlusion, alongside features like coloured lightmaps (which the original Quake lacked) and even dynamic shadows. 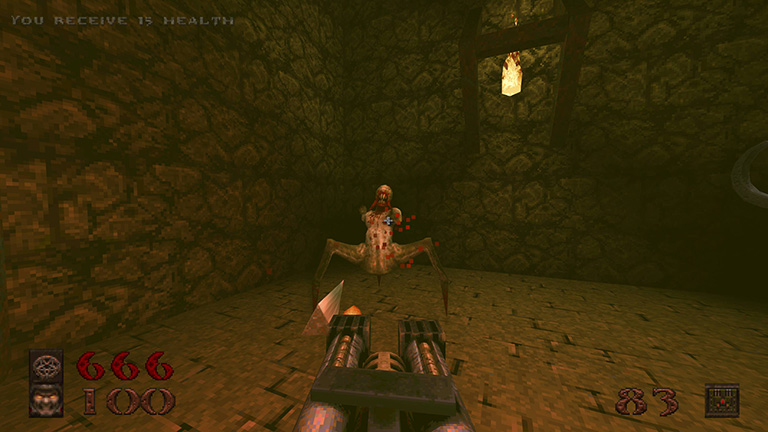 Switch all these things on, and the result is a brighter, sharper and (slightly) more colourful-looking Quake. Crucially though, it still looks like Quake. While the game has updated textures (the nailgun, for example, has a much more detailed surface), they’re not completely changed, meaning Quake is still as wonderfully brown and dingy as it always was. Character models have also been reworked so they're slightly less lumpy, but your foes are still recognisably Ogres, Shamblers, Vore and so forth. Perhaps the most noticeable change is to animations, which have been properly smoothed out, no longer bearing that stuttering quality seen in the original game.

It's as if Nightdive studios has wiped twenty years of accumulated grime off Quake's façade, revealing the beauty of the masonry beneath. It still looks old, with flat, pixelly textures and early 3D geometry. But you can properly appreciate the game for what it is now, rather than fighting to get the thing looking half-decent on a modern screen. 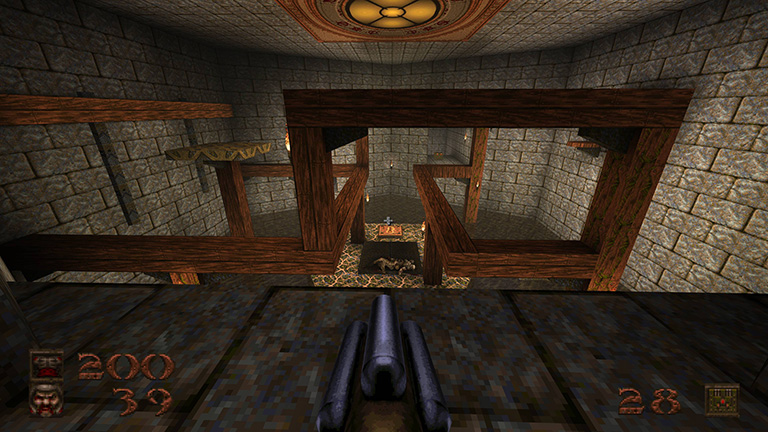 This lets players focus on what hasn't aged. Namely, how the game plays. 25 years on, Quake is still an astonishing FPS, and not just in a "for its time", way. There are two key elements to this. The first is level design, which after multiplayer, is probably Quake's biggest contribution to gaming. Much of the design ethos is based on Doom, of course. But Quake has the advantage of true 3D spaces, letting it play with verticality. The results are these twisting, vertiginous spaces like John Romero's Dismal Oubliette, which the remaster actually expands from the original game, adding a cut section that was reluctantly removed by Romero due to file constraints.

The other element, of course, is the shooting itself, which still impresses through its lightning pace, tricky enemies, and meticulously designed weaponry. Indeed, Quake is an unusual FPS when it comes to weapons. You can often judge an FPS by the quality of its shotgun, but Quake's shotguns are the weakest firearms in the game, nowhere near as satisfying as Doom's. Weirdly, it’s the grenade launcher that is perhaps most enjoyable to wield. Its arcing, bouncy grenades are great fun to play with, lobbing them around corners or down a flight of stairs, bursting enemies into showers of bouncing gibs.