Nvidia has quietly watered down the monitor specifications that a manufacturer's product needs to meet to gain G-Sync Ultimate certification. At CES 2021 there were a number of new G-Sync Ultimate gaming monitors released by the likes of Asus, LG and MSI but @pcmonitors noticed that the spec didn't seem as high as it used to be. After a bit of digging around and detective work using the Internet Archive's WayBackMachine it found Nvidia has significantly reworded the spec guidelines.

Nvidia announced its expansion of the G-Sync ecosystem back at CES 2019 and created three tiers, as we reported at the time, represented by the table below.

The main good thing about this change for the masses was that it folded lots of cheaper, accessible Adaptive Sync monitors into the S-Sync compatible category – rather than their VRR talents being wasted on systems packing GeForce graphics. Meanwhile, Nvidia boasted about G-Sync Ultimate being the cream of the crop, going some way towards justifying the prices of these monitors. A G-Sync Ultimate certified display will benefit from "a full refresh rate range from 1Hz to the display panel’s maximum rate, plus other advantages like variable overdrive, refresh rate overclocking, ultra-low motion blur display modes and industry-leading HDR with 1,000nits, full matrix backlight and DCI-P3 colour", said Nvidia at the time.

Fast-forward two years, and today the G-Sync reference chart is reproduced above. Note the pivot from the 'Best HDR 1000 nits' requirement to 'Lifelike HDR'. Moreover, @pcmonitors noted that G-Sync Ultimate used to mean VESA DisplayHDR 1000 with FALD (Full-Array Local Dimming), then it noted that some VESA DisplayHDR 600 models were getting the premium badge, and now it seems to even apply to some VESA DisplayHDR 400 models. 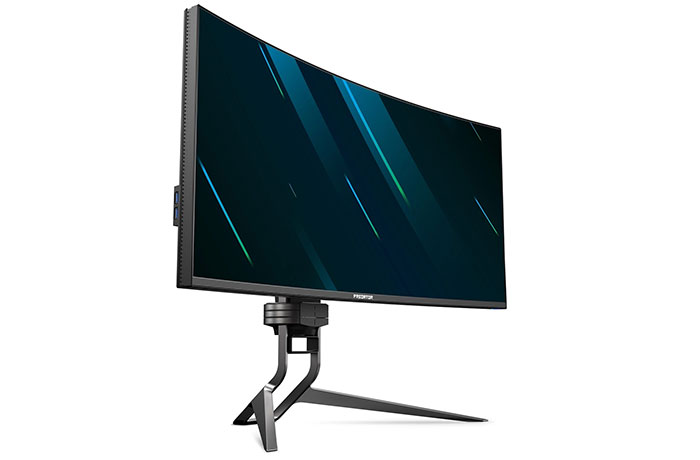 When Nvidia revealed the trio of G-Sync experience logos two years ago the HDR qualities of the display were the key differentiator between plain G-Sync and G-Sync Ultimate labelling (both use the G-Sync hardware module monitor-side). Now it seems to have watered down the Ultimate standard, probably to help partners lift more displays into the top/premium category. The worst thing is that the changes haven’t been highlighted to consumers who may be thinking they are going to be snagging a G-Sync Ultimate bargain when it is just the standard that has been lowered. At least Nvidia needs to update its G-Sync certification matrix with clearer detail.

The following statement from Nvidia was received by Overclock3D:

Late last year we updated G-SYNC ULTIMATE to include new display technologies such as OLED and edge-lit LCDs.

The ACER X34 S monitor was erroneously listed as G-SYNC ULTIMATE on the NVIDIA web site. It should be listed as “G-SYNC” and the web page is being corrected.

Posted by AnonAnon - Tue 19 Jan 2021 10:34
wow that sucks, the previous spec was actually useful
Posted by Terbinator - Tue 19 Jan 2021 11:06
Whilst it is obviously underhand, there are multiple things at play here and primarily it is to do with VESA branded standard of HDR for both non-OLED and OLED screens being lower than the quality expected by the UHD Alliance(?) for Ultra HD Premium certification?

I'm not even sure how many previous G-Sync Ultimate displays hit 1000nits (BFGD, maybe, and even they were 8bit)?
Posted by LSG501 - Tue 19 Jan 2021 11:23
This is what happens when you don't have/follow a ‘universal’ standard….this isn't the first time and I doubt it will be the last time a company ‘changes’ something after release.

While not saying there aren't benefits to gsync, the fact it isn't a cross platform standard (it now supports vesa adaptive sync) was always going to cause issues down the line imo.
Posted by Ravens Nest - Tue 19 Jan 2021 11:43
It just means years from now, an even better standard will come out that every early adopter will rush out to own.

Win Win for Nvidia then in the long run.
Posted by philehidiot - Tue 19 Jan 2021 17:13
Possible they just didn't want people to be investing in monitors which would be the pinnacle of tech for too long. Upgrade cycles need to be short to extract cash, especially from those willing to part with it to have “the best”.