Samsung, the world's largest producer of TVs, has given notice that it will exit the traditional liquid crystal display (LCD) market in order to concentrate on its quantum dot light-emitting diode (QD-LED) screens. The move has been prompted by pressures from both the lower end and higher end of the market. For example, Chinese manufacturers are outputting quantities of LCDs and are making Samsung's margins on these products disappear. At the other end of the market, Korean rival LG is betting its fortunes on rich, vivid organic LED (OLED) technology based screens. 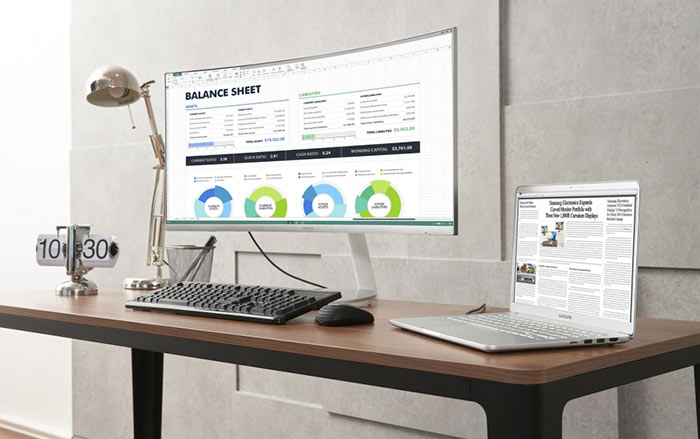 "Samsung Display plans to suspend the operation of the firm's LCD plants both in South Korea and China until the end of this year," an insider told the Korea Times. With the closures Samsung will concentrate on new technologies like QD-LEDs, foldable OLEDs and QD-nano displays (QNED) said the source. Meanwhile, employees at LCD plants will be reassigned to QD-LED production, with the possibility of Samsung's China-based factories being sold off to local firms/regional government.

Samsung Display spokesman Y.W. Cho explained the plans in some more detail. Cho said that Samsung will prioritise large sized QD-LED display production next year. Furthermore, for the next generation of 'true QD-LED' screens it has rolling plans to invest up to 13 trillion won ($11 billion) by 2025 to build self-illuminating QD-LED panels - using QDs as light emitters. 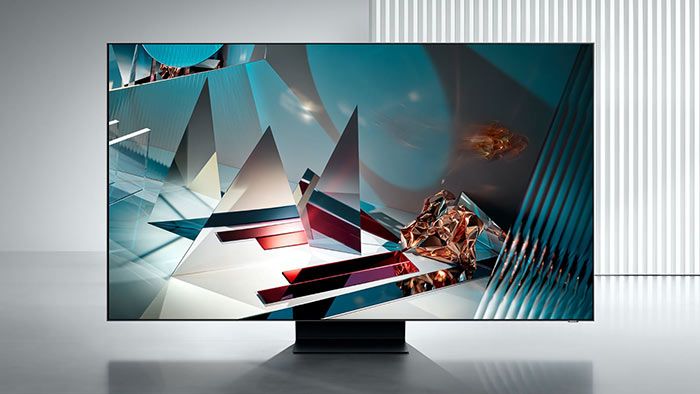 Appealing features that QD-LED hopes to hold above its OLED competitors are panel longevity, and efficiency. Samsung asserts that QD tech can produce panels with lifetimes up to a million hours (that's 114 years).

If Samsung still requires conventional LCD panels to fill its ranges of TVs and monitors it is expected to source them from Chinese or Taiwanese suppliers until its QD-LED tech is competitive enough to make this practice not worthwhile. This probably means more orders for the likes of BOE, CSOT and Taiwan's Innolux - which are current partners for Samsung's mid-tier TVs.

Posted by CAT-THE-FIFTH - Tue 31 Mar 2020 13:16
CSOT is partially owned by Samsung. Also the Verge has been told by Samsung,that their QLED backlight LCDs won't be affected by this:
https://www.theverge.com/2020/3/31/21200859/samsung-display-ending-lcd-panel-production-quantum-dot-oled-south-korea-china-factories

Although Samsung Display says that it will be able to continue supplying its existing LCD orders through the end of the year, there are questions about what Samsung Electronics, the largest TV manufacturer in the world, will use in its LCD TVs going forward. Samsung told The Verge that it does not expect the shutdown to affect its LCD-based QLED TV lineup. So for the near-term, nothing changes.

One alternative is that Samsung buys its LCD panels from suppliers like TCL-owned CSOT and AUO, which already supply panels for Samsung TVs. Last year The Elec reported that Samsung could close all its South Korean LCD production lines, and make up the difference with panels bought from Chinese manufacturers like CSOT, which Samsung Display has invested in.

Almost the entire range of Samsung higher end LCD TVs,use QLED backlights already.
Posted by watercooled - Tue 31 Mar 2020 15:07
Hopefully the claim about QLED lifespan is true, because so fare I've been avoiding OLED displays wherever possible due to the issue of burn-in, as I've seen it first-hand on a few phones, and heard complaints from friends about their phones (worrying given their generally much lower display-on time vs TVs and monitors). A cynical person could infer it's a push towards disposable technology.

Yes, LCD displays can go bad, and I've known it to happen to a couple of displays after years of use. However that's the exception rather than the rule and most LCD displays I've encountered have lasted many, many years without issue, whereas I've seen many OLED displays get obvious burn-in after just a few months.

Maybe things really have improved with OLEDs recently, but given the quality of modern LCD panels I've just avoided taking the chance.

I understand TVs should be at less risk of burn-in because they don't tend to display as much static content (although that isn't true with some channels and particularly news channels), but it's very worrying for computer monitors. I would like to see some proper long-term tests before investing in this type of display myself.
Posted by Kanoe - Tue 31 Mar 2020 15:20

2 years in on my TV and no issues to report as yet
Posted by Ttaskmaster - Tue 31 Mar 2020 16:07
Round here my lot are all buying LG televisions. Something to do with Samsung not rolling out software and feature updates like everyone else, but just passing it on to the next set of product releases…
I took one mate TV shopping recently and he was looking at OLEDs and QLEDs up in the £2k range. The Sammy price included a 10 year guarantee against screen burn-in… on a QLED that cannot burn-in anyway!!!
Posted by watercooled - Tue 31 Mar 2020 16:12

Good to know, thanks. Out of interest, does it spend much time displaying any static content?

Ttaskmaster
Round here my lot are all buying LG televisions. Something to do with Samsung not rolling out software and feature updates like everyone else, but just passing it on to the next set of product releases…

I was close to choosing an LG when our main Samsung TV died (power supply board I think, still intend to try repairing it), but ended up going with another Samsung for the panel. It turned out the LG I was looking at was some RGBW panel rather than proper RGB.

Ttaskmaster
I took one mate TV shopping recently and he was looking at OLEDs and QLEDs up in the £2k range. The Sammy price included a 10 year guarantee against screen burn-in… on a QLED that cannot burn-in anyway!!!

The guarantee is reassuring - I wonder if it has any ‘but not if you use as a monitor’ disclaimers? I'll have to look into that. Also I've not seen the claim that QLEDs outright cannot suffer burn-in, rather they're likely to last far longer?

Edit: I've just tried to do some searches for QLED and burn-in but it looks like there's some serious misunderstandings about which technology they're referring to i.e. QD-LCD displays rather than actual QLED ones. Much like the (probably deliberate) confusion around LED-backlit LCDs when they were new. It makes it hard to have much confidence in what I'm reading in many of the articles/posts.