Many top-end Samsung TVs sport QLED technology, while its best phones feature OLED screen technology. A few years back Samsung decided not to pursue OLED TV development due to image retention or so called 'screen burn' issues (LG has been in the news due to these issues). Instead, to improve its TV set imagery, it developed technologies using quantum dots to output more vivid and vibrant colours. However, while the tech's max brightness and colour saturation is appealing it doesn't fare so well reproducing darker colours or blacks due to reliance on backlighting zones. In brief, it doesn't offer the per-pixel dimming that OLED does, the best it can offer is multiple local dimming zones.

Now a duo of Samsung researchers have managed to produce efficient and long lasting Quantum dot light-emitting diodes (QLEDs) which self-illuminate. Thus they will be able to truly compete with OLEDs for darker image reproduction while offering some of the brightest and most saturated colours available. 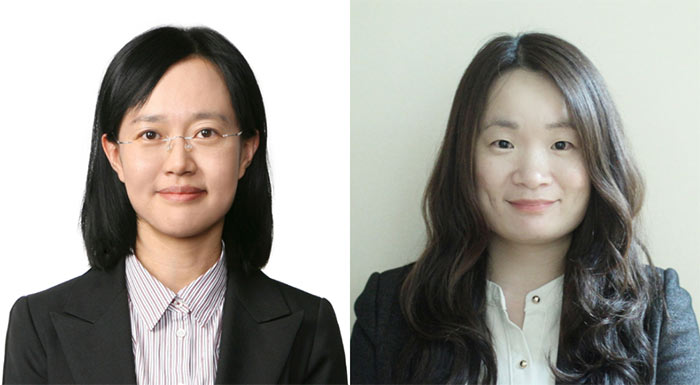 Dr. Eunjoo Jang, Samsung Fellow (above left), and Dr. Yu-Ho Won (above right), a Principal Researcher at the Samsung Advanced Institute of Technology, are said to have improved the structure of quantum dots and have hugely improved quantum efficiency, as well as extended the lifetime of the QLED element. According to the researcher's figures, quantum efficiency is up over 21 per cent with the new dots, and QLED lifetimes have been extended beyond a million hours (>114 years). 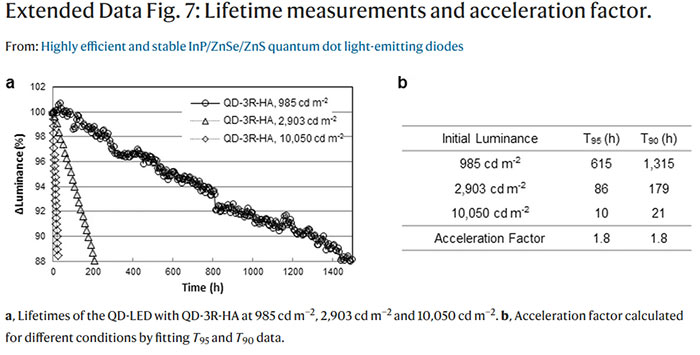 Samsung will have had pre-knowledge of the recently published research, and in October it already announced that it was investing US$11bn in factories to manufacture QLED TV screens that self-illuminate. Engadget notes that, as these screens will be a step up from existing TV tech it offers, the new branding will likely be 'QD-OLED' or similar.

Posted by Output - Fri 29 Nov 2019 16:35
Interesting news, but it leads to the question of when this will actually start appearing in retail products - and at various price points and sizes, rather than the high-end huge displays that get made pretty much just because they can.
Posted by KultiVator - Fri 29 Nov 2019 16:59

Output
Interesting news, but it leads to the question of when this will actually start appearing in retail products - and at various price points and sizes, rather than the high-end huge displays that get made pretty much just because they can.

The old universal truth applies here… early adopters always get stung ;-)
Posted by Ravuncher - Fri 29 Nov 2019 20:02
the announcement vs release timings again will be the issue here
Posted by DevDrake - Fri 29 Nov 2019 20:22
Great!
I am a little disappointed that the QDOLED is running over OLED. I was so hyped for the OLED tech back in 2005 and it seems that the progress bearly moved from there…
Posted by stoatwblr - Sat 30 Nov 2019 02:37

Output
Interesting news, but it leads to the question of when this will actually start appearing in retail products - and at various price points and sizes, rather than the high-end huge displays that get made pretty much just because they can.

Given that it's a modification of QDOT - which is already shipping and already available at a reasonable price (I just dropped £360 on one of their a 32“ qdot monitors, which is only £120 more than the IPS version), the margin is likely to be very small indeed.

Personally I'm still waiting for Marty McFly's roller blind and the ”PDA“ display format that used to feature in the Tekwar TV series.

The bugbear for OLED is and always has been the lifespan of blue OLEDs. It's getting better (and my old Samsung galaxy S2 and Note 4 phones are still perfectly usable) but people expect a ”big" purchase like a display to last 10-15 years, not the 3-5 of a phone.