Back in early September HEXUS reported that LG was readying firmware updates for a range of its 2019 OLED TVs, which would enable Nvidia G-Sync support. Now LG has provided an update on its plans and the good news is that the group of TVs that will get the updates has widened, and that the firmware updates will roll out starting this week. Nvidia has published a blog post about these impending updates too.

LG reminds users of the attractions of G-Sync Compatibility on their 2019 TVs. The firm says users will benefit from "the smoothest, most immersive gaming experience without the flicker, tearing or stuttering common to most common displays". This is in addition to LG's self-professed exceptional picture quality, low input lag and ultra-fast response times - which are attractions for gamers on all platforms. 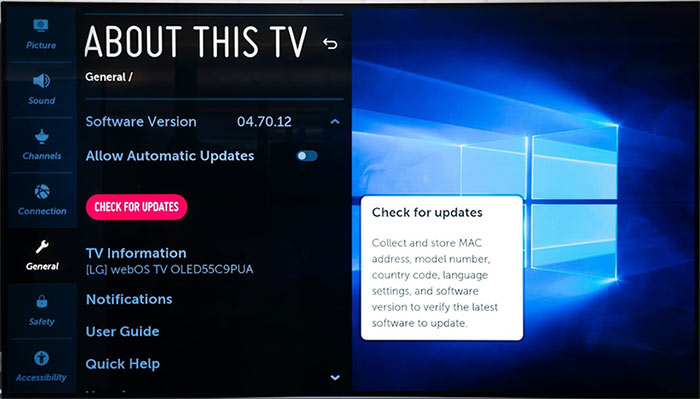 With the updated firmware in place users will be able to use the following modes, with HDR Deep Colour, and HDR, in compatible games:

In its aforementioned blog post, Nvidia provides a walk-through of checking for the TV firmware updates, and adjusting your settings on both TV and PC sides to get the technology up and running. 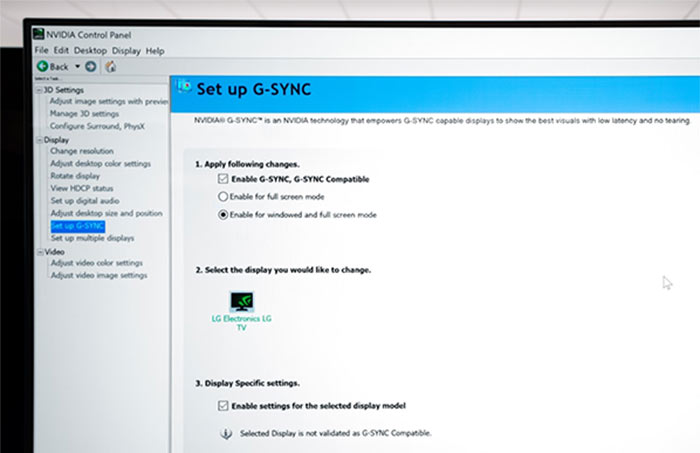 In its PR blurb LG points out that the G-Sync Compatible support in its TVs will only work with Nvidia Turing GPUs - GTX 16 series and RTX 20 series graphics. I am not certain what restricts earlier generation Nvidia GPUs from making use of this 2019 LG OLED TV feature. However, in upcoming TVs and graphics cards featuring HDMI 2.1 VRR features should become a widespread standard and make such gameplay smoothing TV features usable on AMD PCs as well as next-gen consoles which are traditionally paired with a TV.

This will match game console style output for use with the game preset on the TV and desktop text may look a little off but that is a compromise for better game image quality.

LG has a PC RGB 444 mode built into the TV by changing the input icon to PC but it has banding issues particularly in HDR that can affect image quality.

LG's HDMI-VRR works with HDR too.

The firmware update just makes the TV certified G-Sync the latest driver from Nvidia already works with G-Sync on the TV.

AMD is working on HDMI-VRR support too, it is coming.
https://www.phoronix.com/scan.php?page=news_item&px=AMD-FreeSync-2019-Update