HEXUS has reviewed two Intel Z490 chipset motherboards this summer, the Gigabyte Aorus Z490 Xtreme, and the MSI MPG Z490 Gaming Carbon Wi-Fi. Both were capable components, as they should be for the prices charged, but now Gigabyte has pushed the boat out for its most extravagant and extreme OC friendly 10th gen Intel Core CPU supporting motherboard yet, the Z490 Aorus Master WaterForce with updated AIO liquid cooling design. 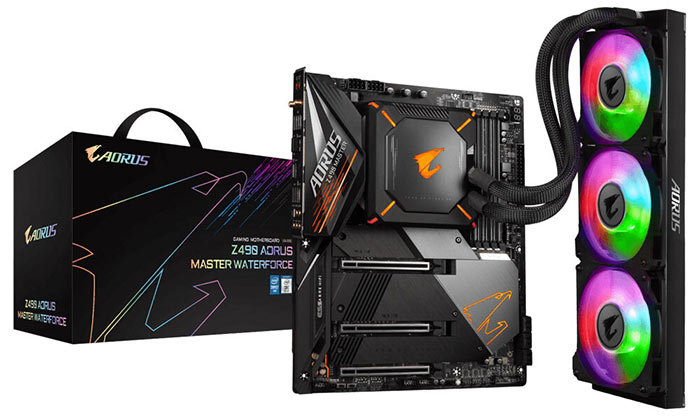 In addition to the AIO 360 design, other key attractions of the new motherboard are; a 14-phase digital power design with each phase holding up to 90A, Xtreme Memory technology with an anti-interference design to improve memory overclocking and stability, top of the line audio, and feature rich shielded I/O.

Gigabyte reminds us that the 10th Gen Intel Core processors come with up to 10C/20T configuration and default TDP of up to 125W - that figure is for base clocked performance and thus with various Intel boost technologies in play power consumption can pass well beyond this wattage. This means that high-grade cooling is pretty essential for overclocking and getting the most out of your K processor. When under sustained loads it isn't just the processor that needs cooling the motherboard VRMs can get toasty and be another reason your system will throttle down. For this reason, Gigabyte has designed the Z490 Aorus Master WaterForce motherboard (updated) AiO CPU cooler with a heatpipe threaded block that covers the VRM section too. 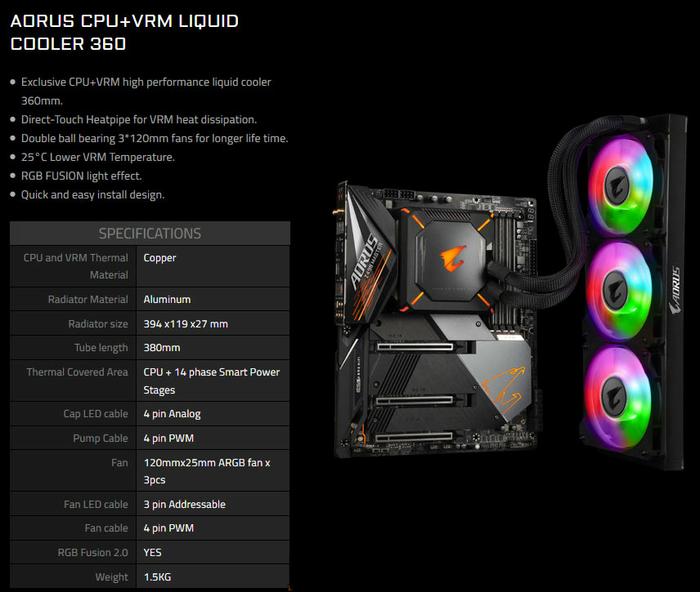 Some further cooler specs you might like to know are; that the radiator uses triple 120mm dual-ball bearing fans, Gigabyte has equipped new generation 7.5 W/mK LAIRD Thermal Conductivity Pads, and the motherboard / cooler assembly out of the box requires just four screws to be fastened. The motherboard and AiO include syncable RGB LED lighting. 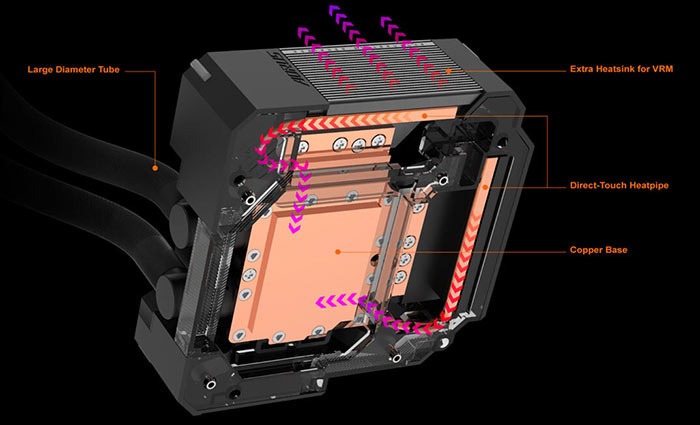 Official highlights of the Z490 Aorus Master WaterForce motherboard are as follows: 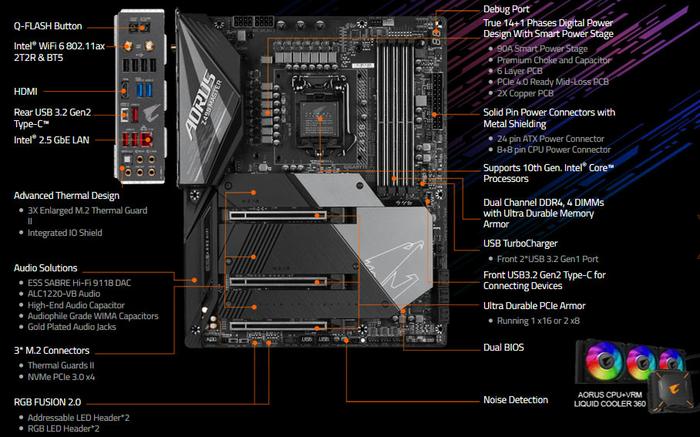 You can pick through the full spec of the Z490 Aorus Master WaterForce motherboard on the official product page which has a comparison tool available too, so you can quickly check the differences in various motherboards you might be interested in.

Honestly that looks like a nightmare if the pump fails…

Not only would you need a new cpu cooler but you'd also need to find a way to cool the other bits that propriety cooler is covering.

Also got to be honest, I'd have preferred a design that has the pump (and refillable res) on the radiator and ‘standard’ watercooling fittings ‘just in case’ the pump side of things fail or you want to expand the loop etc.