Samsung unveiled the Galaxy Book S at its Unpacked event in August last year. This is a 13.3-inch FHD touchscreen ultra light and compact Windows 10 laptop with "extreme battery life" which has just gone up for pre-order at US$999. It was originally touted for a September release but things seem to have slipped. 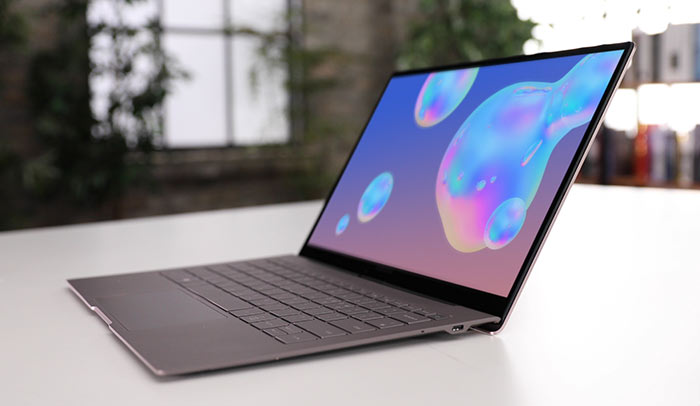 The Galaxy Book S is one of the new breed of Windows-on-Arm laptops sometimes called 'Snapdragon PCs' that offer always-on, always-connected convenience. These key qualities come in large part from the platform, which has a lot more in common with smartphones and tablets than traditional Wintel PCs. Inside the 7nm 64-bit octa-core Qualcomm Snapdragon 8cx (Max. 2.84 GHz + 1.8GHz) is an Arm-based chip but designed with Windows PCs in mind. Samsung says that the Snapdragon 8cx SoC makes the Galaxy Book S 40 per cent faster at CPU workloads, and 80 per cent faster at GPU workloads, compared to the Galaxy Book 2 - with greater memory bandwidth too. 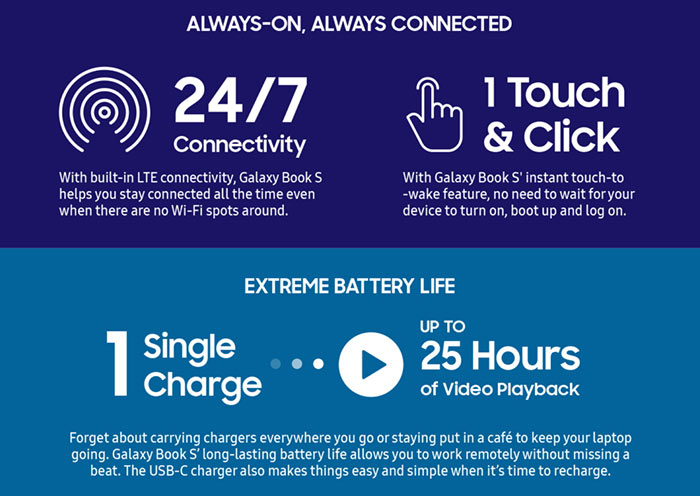 Other key hardware you will find inside the Samsung Galaxy Book S includes; 8GB of LPDDR4X RAM, either 256/ 512GB storage plus a MicroSD slot (up to 1TB), dual-band ac Wi-Fi with Mu-MIMO and Bluetooth 5.0, plus LTE Cat.18 cellular connectivity via Nano SIM slot.

Battery life is another highlight of the design with Samsung claiming in its latest promo literature that this thin and light is capable of playing back video for 25 hours solid on a single charge. Furthermore, the 42Wh battery is happy to be fast charged via a convenient USB Type-C port. 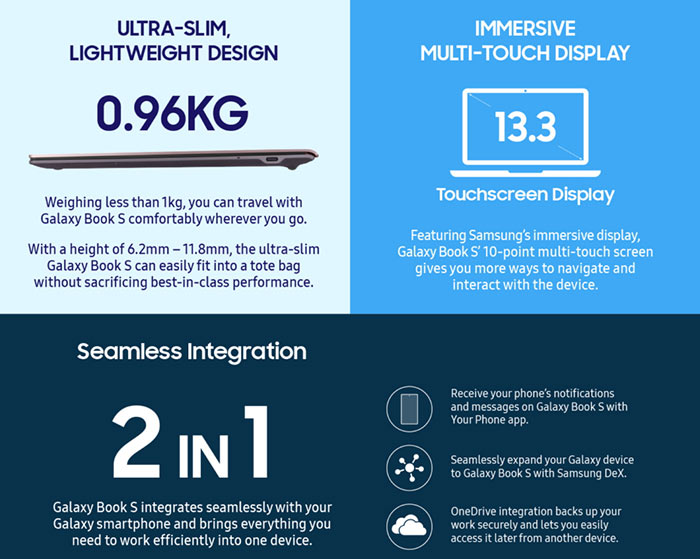 Some more specs that may be of interest are the laptop's fingerprint sensor (Windows Hello compatible), hall sensor, light sensor (keyboard backlit on/off), stereo speakers by AKG, Dolby Atmos sound, and 720p webcam. Of course size and weight are big attractions to potential buyers of this machine, and its 305.2 x 203.2 x 6.2 – 11.8 mm, 0.96 kg stats will be attractive to many. 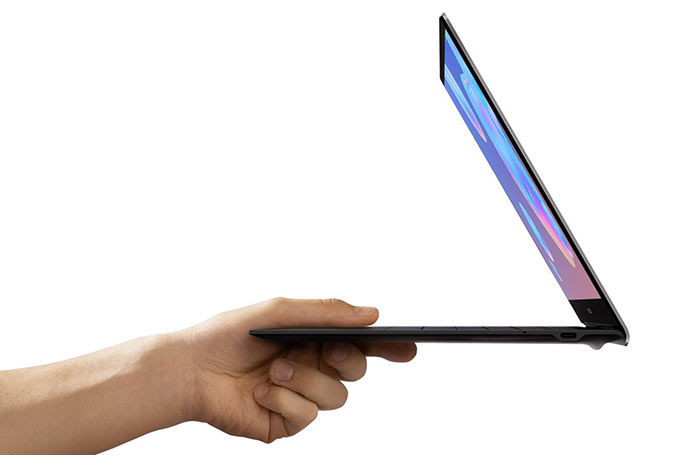 As mentioned in the intro, the Samsung Galaxy Book S is now up from pre-order in the US at $999 in Mercury Grey and with an 8GB Ram / 256GB SSD configuration. There are various options for purchase. First of all Samsung is offering device trade-ins which can save you US$450 on the asking price. Secondly, it can be bought with zero APR credit. Lastly, Samsung is giving pre-order customers $100 Samsung Credit to spend on other Samsung devices ahead of checkout. The Samsung Galaxy Book S will ship on 13th Feb, just ahead of the Unpacked event where we expect to see the Samsung Galaxy Z Flip launched.

Something critical to me in a laptop is robustness. I always prod them in the back of the screen to see if there's any artefact on the display from it. If they're going to go down the route of “thinness at the expense of all else” like with flagship mobiles, I'm just not interested. I don't want a laptop sitting in my bike's box, bouncing around and ending up with more crack than the Irish.

My laptop recently took a flying trip down a whole storey after it incurred my displeasure. It works just fine… If it tries that again, it'll be concrete shoes time. Or it'll become a clay pigeon.
Posted by KultiVator - Sat 01 Feb 2020 10:52
Another ARM-based Windows device - but will it perform better than the underwhelming MS Surface Pro X?
Posted by j.o.s.h.1408 - Mon 03 Feb 2020 16:02
can it run x86 applications natively? if not then its a dud. i need a work machine, not a expensive media device
Posted by Fishreeler - Tue 04 Feb 2020 14:49
It is unrealistically smart, convenient format, lightweight, the stylus works everywhere, after a terrible stylus on an iPad about … it was a fairy tale .. colors and image quality. speaker, android on board which is more logical than iOS.