UK based Imagination Technologies has been through a rocky few years. Shortly after unveiling its "massive step" in mobile GPUs with the Power VR Furian in March 2017, its UK share price was torpedoed (70 per cent drop at market opening) by Apple signalling that it wouldn't need IMG IP any more, as it was going to develop in house GPUs for its A-Series SoCs. 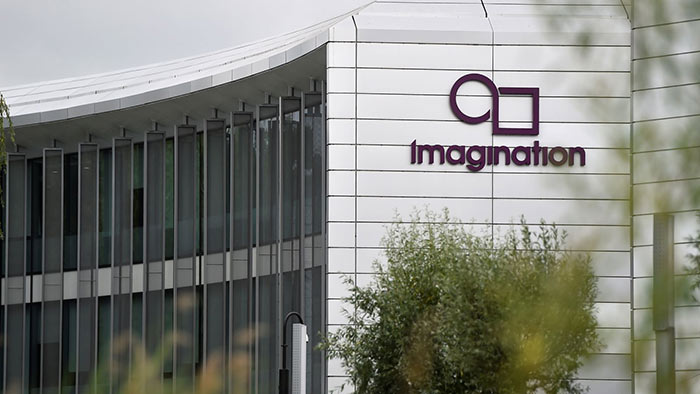 Very soon after that share-quaking event it looked like Apple had indulged in a bit of skulduggery, as it began to hire IMG engineers and set up its own GPU development offices very near Imagination Tech's HQ in Hertfordshire. However, by September IMG was given a lifeline when a Chinese-backed investment firm by the name of Canyon Bridge raised $1.5bn to buy the ailing firm. With its newfound stability, Imagination has gone on to launch its 10th Gen A-Series GPUs and secured another big contract with Apple in January 2020, signing a multi-year license agreement. However, tensions in the management team have been bubbling under the surface and we have just started to see some cracks appear. 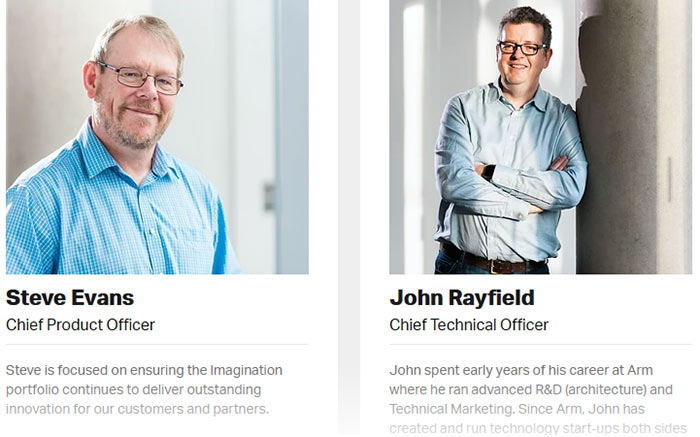 It is reported that Rayfield's resignation letter stated "I will not be part of a company that is effectively controlled by the Chinese government." The resignations appear to have been precipitated by an event last week. The news source says that China Reform Holdings attempted to nominate a number of directors to the company board. Later, the changes were called off as senior UK MPs voiced concerns over the "redomiciling of prized British intellectual property". With the board appointments now effectively cancelled Mr Evans and Mr Rayfield may be amenable to returning to Imagination.

The BBC has some further background about the situation and quotes from senior government figures about Imagination Technologies. It seems that Theresa May's government approved the acquisition on the basis that Canyon Bridge was licensed and regulated by US law - but Canyon Bridge (owned by a Chinese state-owned investment fund called China Reform) subsequently moved its HQ from the US to autonomous British Overseas Territory the Cayman Islands. It is worried this move is just a stepping stone to less US/UK oversight and the IP ending up being China state controlled.

Posted by DevDrake - Tue 14 Apr 2020 15:14
CEO, CPO, CTO, all main business brains didn't know that this is going to happen - yeeeeaaaaah right. They took the nice bill and now escaping the ship that will be flagged as stolen IP.
Posted by CAT-THE-FIFTH - Tue 14 Apr 2020 16:34
Apple is the cause of all of this. They were the major customer of Imagination Technologies,and at short notice said they were not going to license their IP. Then they made a fancy new R and D office nearby in Cambridge and poached away engineers from the company to design their own GPUs,and then the Chinese backed investors swooped in:
https://www.theregister.co.uk/2017/04/03/imagination_technologies_apple_ip_gpu/
https://www.telegraph.co.uk/technology/2017/07/08/apple-sets-new-uk-office-imaginations-doorstep-amid-chip-row/
https://www.theregister.co.uk/2017/07/04/imagination_technologies_2017/

Now Apple probably has realised maybe they are not so good at GPU design,they have become friendly again with them:
https://arstechnica.com/gadgets/2020/01/apple-and-gpu-maker-imagination-make-nice-in-new-licensing-deal/

All of sudden,now the UK government is interested in the China connection.
Posted by ik9000 - Tue 14 Apr 2020 16:58
The gov have been repeatedly useless in multiple instances like this. Committee formed, “looks into it” , “seeks clarification and assurances”, allows it to go ahead, does nothing when those assurances turn out to be worthless. We should just do what the French do and block mergers that are not in our national interest. Instead we get this. E.g. Look at Cadbury a few years ago, hostile takeover against its will - assurances to UK government by purchaser not kept and UK jobs lost, plant moved to Poland et al. Quality of chocolate and brand reduced, and that was a national icon and generous employer before. Any backlash from the government? None whatsoever that I'm aware of.
Posted by Ttaskmaster - Tue 14 Apr 2020 21:09
Well I guess the water services will be next, then… China has invested in several of our regional undertakers.
Posted by ik9000 - Tue 14 Apr 2020 22:07
there is an alarming pattern emerging and if we had stronger leadership we would be being a damn site more cautious about how much we're allowing to be sold off/invested in etc out of sheer desperation. We need to mobilise this nation to do home-grown like never before and start some serious industry in our country. They're too scared because of carbon emissions, and we can't even build some nuclear plants to try and get some more reliable low-emission baseline power without having to get a certain nation involved. Instead we're selling off national assets and refusing to rescue the industries we will need if things go south and relationships get more frosty - like they soon will if they become a dominant power over the US (not too far way and drawing nearer it would seem)

It's not the only threat either - increasingly affluent and influential investment banks et al are an equal problem. Hostile takeovers, mergers, asset stripping stripping away social-good programs and corporate welfare etc for profit. Also according the UN papers I read on it probably influential in swaying commodity prices and exacerbating famine and shortages in 3rd world nations - literally controlling prices to the detriment of those growing the crops and most in need of them. Free capitalism is not a panacea either.