Over the weekend news broke that Imagination Technologies had found a buyer for its graphics chip design business. The firm put itself up for sale back in June, weeks after its business model and reliance upon Apple was torpedoed. Apple was IMG's largest customer by far but announced it would be developing its own GPUs for use in future smart devices. 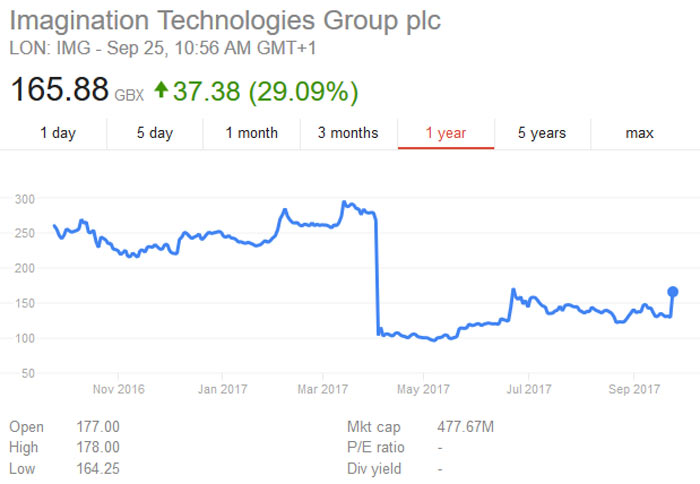 A strong reaction to the news as markets opened this morning

The buyer of IMG is a Chinese-backed investment firm by the name of Canyon Bridge. According to a BBC report Canyon Bridge has recently raised $1.5bn (£1.1bn) from Chinese investors and has offices in Beijing and San Francisco. To take over IMG it is offering to buy the shares at 182p, equivalent to £550 million in total. At its peak in 2012, IMG was valued at nearly £2 billion.

Canyon Bridge investments partner Ray Bingham said of the acquisition: "We are investing in UK talent and expertise in order to accelerate the expansion of Imagination, particularly into Asia, where its technology platform will lead the continued globalisation of British-developed innovation." There are no plans for job cuts at the IMG HQ, according to the buyer, with further investments pledged for UK R&D activity. 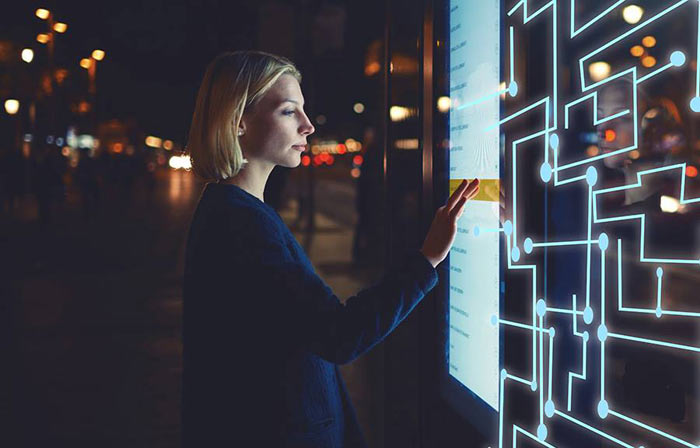 Seperately IMG's MIPS processor unit in the US is being sold to Tallwood Venture Capital, a Palo Alto-based investment group, for $65 million. The MIPS sale must happen first to avoid a US government panel potentially blocking Canyon Bridge’s takeover of Imagination. Previously the same panel blocked the sale of US chipmaker Lattice Semiconductor to Canyon Bridge - due to national security risks.

Posted by DanceswithUnix - Mon 25 Sep 2017 13:13
I wonder how much Apple would have paid a year and a half ago when their buyout talks broke down.
Posted by NitrousX - Tue 26 Sep 2017 12:12
So this MIPS unit being sold to Tallwood Venture Capital, is this the same company that is helping Apple buy IMG's IP for their mobile GPU Socs?