Imagination Technologies has launched its fastest GPU IP ever. This 10th generation evolution of the PowerVR architecture is designed to "fulfil the graphics and compute needs of the full spectrum of next-generation devices," and has thus been dubbed "the GPU of everything." It is aiming to compete in the widely disparate markets of automotive, AIoT, and computing through to DTV/STB/OTT, mobile and server.

Hopefully this GPU jack-of-all-trades isn't a master of none. Well it shouldn't be as IMG has three solutions based on the new GPU, tweaked to appeal to the various target markets mentioned above. In brief there will be the AXE area-optimised fill rate-focussed GPUs for entry level devices, the more balanced AXM which will be good for smooth UIs, 60fps gaming and powerful AI in a compact SoC, and the AXT (4 variants) for high-end to premium flagship devices.

The CEO of Imagination Technologies, Dr Ron Black, is of course bullish about the new IMG A-Series capabilities and prospects. "IMG A-Series is our most important GPU launch since we delivered the first mobile PowerVR GPU 15 years ago and the best GPU IP for mobile ever made. It offers the best performance over sustained time periods and at low power budgets across all markets." Black repeated the marketing slogan du jour "It really is the GPU of everything." 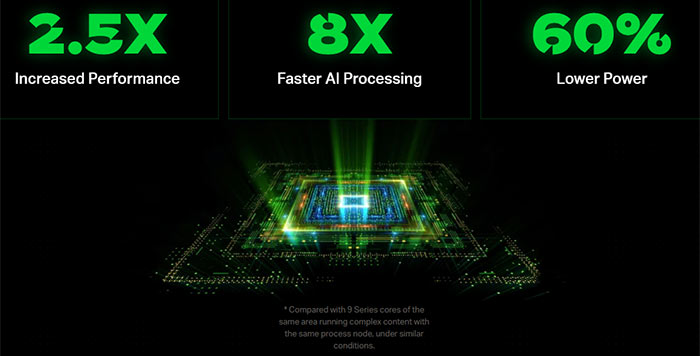 Looking at the claimed specs and performance metrics, the IMG A-Series does indeed seem like a significant step. In its own testing, at the same clock and process, Imagination says the A-Series GPUs deliver 2.5x the performance, 8x faster machine learning processing, and 60 per cent lower power consumption than current PowerVR devices that are shipping. Moreover, compared with competitors at the same clocks and process the A-Series will be faster and lower power. 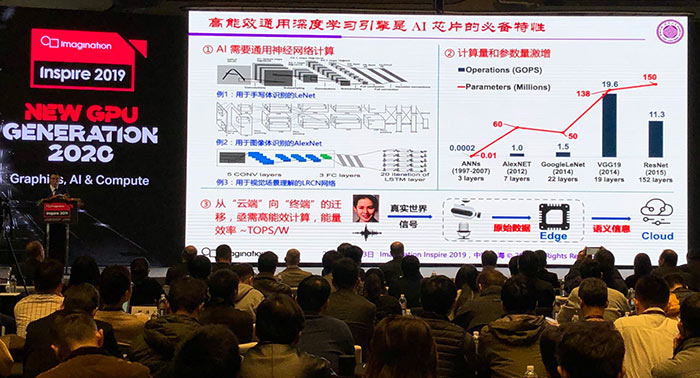 The low power claim isn't just about prolonging battery life. Imagination claims that the A-Series will be good for "sustained operation without clock throttling – which is certainly going to please gamers." That is quite a claim, and it won't be until devices ship that it can be verified and tested thoroughly.

The IMG A-Series also boasts some interesting differentiators. For example it includes PVRIC4 visually lossless compression, plus new algorithms for level of detail (LOD) and anisotropic filtering. These features are said to help deliver the "best gaming experience on mobile, smart TV and set-top box". Throughout the range of the A-Series chips you will find HyperLane Technology offering up to eight individual, isolated hardware control lanes, for secure, efficient and smooth multitasking. Ai Synergy is another new feature which enables programmable, flexible AI workloads on the A-Series GPU alongside graphics, while offloading fixed-function AI to a dedicated neural network accelerator. 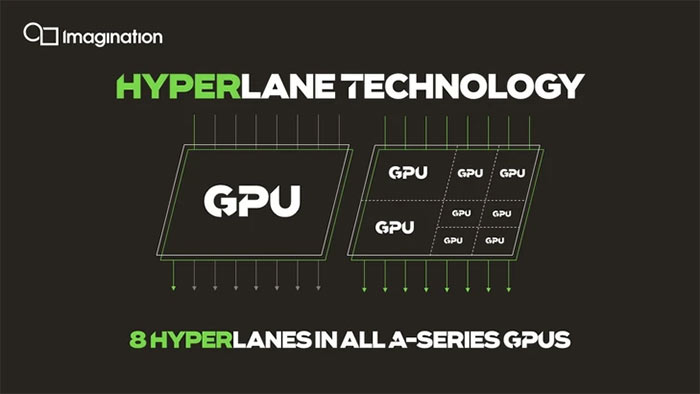 The IMG blog contains some more interesting background information on architectural changes. It indicates that the most significant single change was the move from a dual MAD x32-wide ALU (arithmetic logic unit) to a single MAD 128-thread wide ALU - which can perform many more instructions per clock.

We don't have a precise timetable for the introduction of devices which will make use of the new A-Series GPUs from IMG. However, it shouldn't be a long wait as the form asks readers to watch out for these GPUs in your next device.

IMG A-Series, the highest performance mobile GPU IP ever released, is available in four high-performance and one mid-range configuration:

GinoLatino
An annoying joke and you get it wrong? :rolleyes:

Were they doing an Intel and sitting on their laurels or something?