Yesterday Asus released some details and images of its AMD Radeon RX 6800(XT) graphics cards. It showed off four designs under the ROG and TUF gaming brands it nurtures. There were two Radeon RX 6800 XT boards - one with an AiO liquid cooler, and two RX 6800 boards. All four of the samples it showed off were custom designs using ROG Strix and TUF niceties, and they were all overclocked 'OC' models. However, Asus wasn't allowed to divulge tech specs such as GPU and memory clocks.

I expected some other AMD partners to show their wares after Asus did but even a full day later there isn't a great deal of info forthcoming. However, I think it is worth covering the headlining Sapphire branded products as today it has provided a fully formed blog post about its first Radeon RX 6800(XT) graphics cards.

Sapphire's initial salvo of cards is based upon the AMD reference design which will be familiar to those keeping an eye on the news in mid-September, when this design featured in a Fortnite Battle Arena. 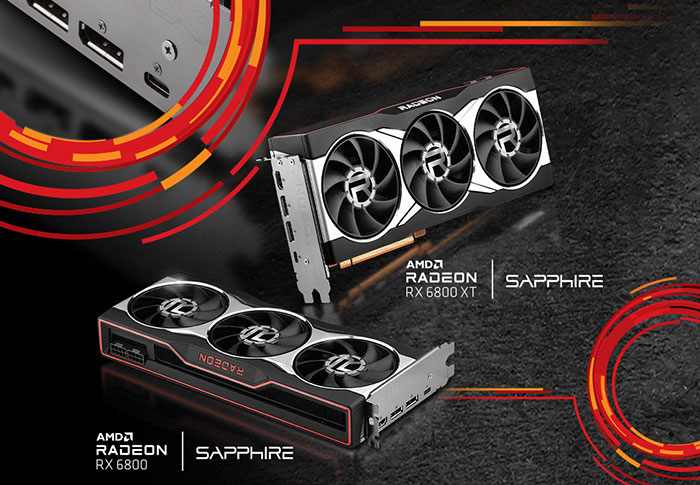 As Sapphire's cards are reference designs the blog post doesn’t do much more than regurgitate AMD's news release from earlier in the week. It reminds us that the "RDNA 2 gaming architecture provides up to 2X higher performance in select titles with the AMD Radeon RX 6900 XT graphics card compared to the AMD Radeon RX 5700 XT graphics card built on AMD RDNA architecture," for example. Another big improvement is the touted 54 percent more performance-per-watt when comparing the Radeon RX 6800 XT and the RX 5700 XT.

For further AMD reference design analysis please read through the HEXUS editor's write up of the 'Big Navi' announcement.

Gigabyte hasn't published any news release about its new AMD Radeon RX 6800(XT) graphics cards but you can find them listed in its product pages here. At the time of writing it is listing just two such cards; the GV-R68XT-16GC-B, and the GV-R68-16GC-B. Both of these boards are reference designs. 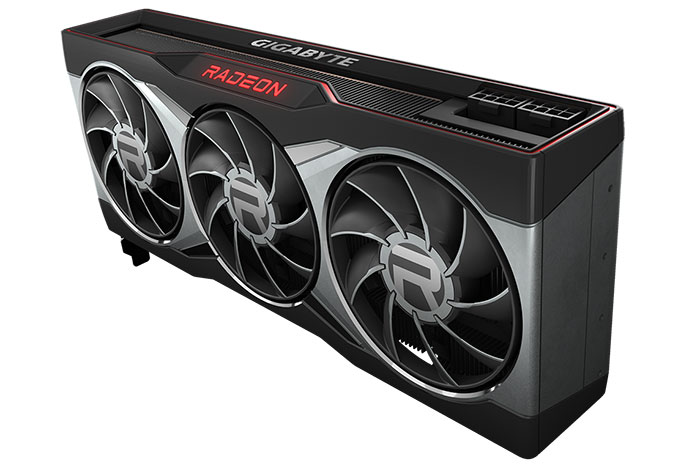 MSI has shown off a custom design 'Radeon RX 6800 XT Gaming X Trio'. In an increasingly common move from the company it offered a first glimpse of this new hardware via its MSI Insider streaming show on YouTube. VideoCardz picked this up and took a couple of screenshots, like the one below. 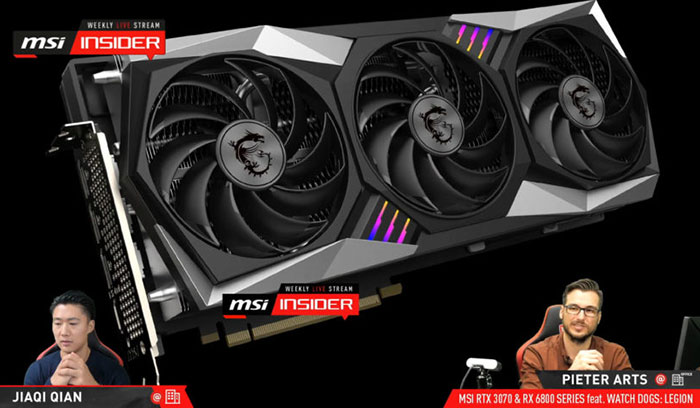 VideoCardz comments that MSI's triple-slot triple-fan design looks very similar to its Ampere GPU-based Gaming series cards. In the video it was revealed that these are renders rather than photos of production models.

PowerColor teases that it is preparing Red Devil Radeon RX 6800 (XT) graphics cards in a video on its Twitter social media page. The video doesn't reveal such more than that, and it doesn’t even have renders to share - instead we are shown something being drafted with a pencil and paper. Nevertheless, you have the chance to win one of these cards when they are ready by ReTweeting the post. 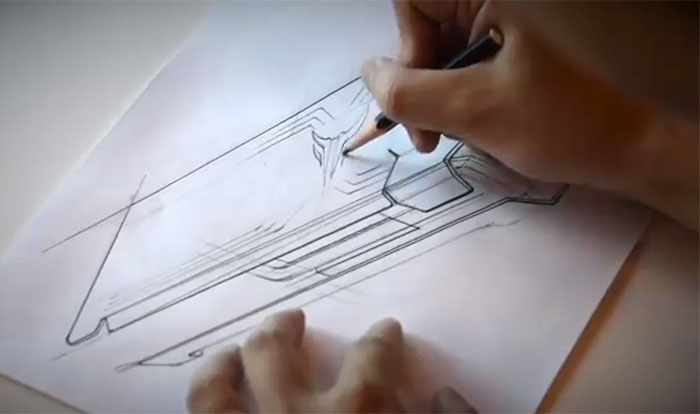