You are here:
Graphics Peripherals News

External GPU enclosures, or eGPUs for short, have been growing in popularity for several years. The strongest impetus behind their growth are; technologies such as the ever more popular Thunderbolt interface, and necessary eGPU configuration driver development and support from the likes of AMD and Nvidia. Pushing the other way gaming laptops can now be thinner and lighter than ever before (and contain discrete GPUs) and integrated graphics are set to improve a lot in 2020. 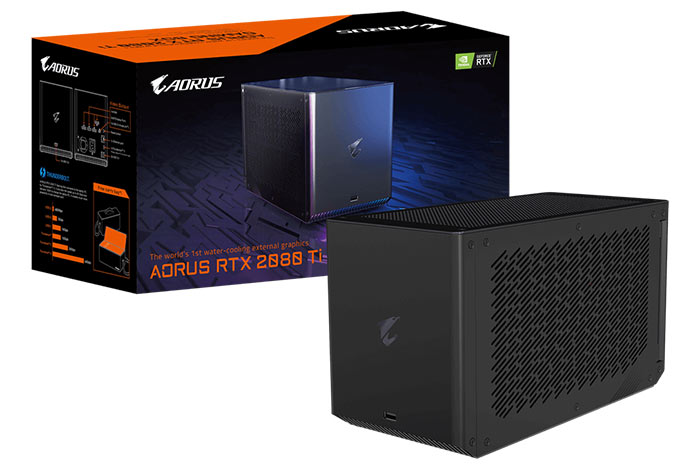 Gigabyte is promoting its Aorus RTX 2080 Ti Gaming Box, "the first external portable graphics box that is watercooled" at CES 2020. We had a good pretty close look at it back in November though. As a reminder this box includes the most powerful consumer GPU today, and can be used alongside most Thunderbolt 3 equipped computers like laptops and NUCs etc - where you can't simply upgrade the GPU you have installed.

Key features of the Aorus eGPU are as follows: 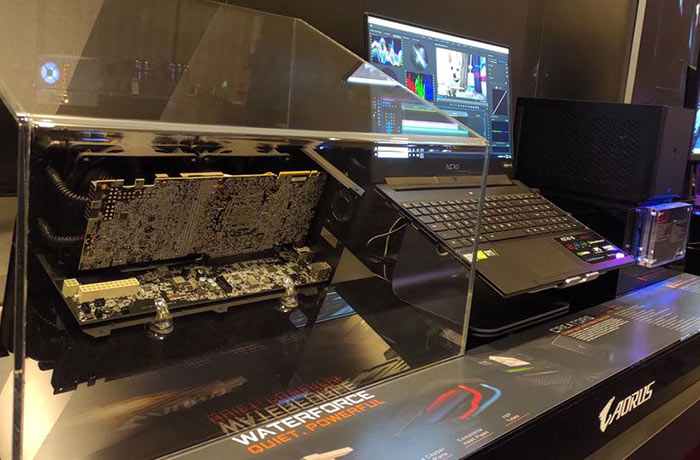 As well as gamers, the Aorus RTX 2080 Ti Gaming Box is said to be of appeal to content creators, 3D animation, streamers, Youtubers and others that require the highest level of graphic processing. Of course, as you can see from the bullet points the Aorus eGPU is a capable TB3 dock too. It should be available to buy soon, it will be priced at around £1,350 in the UK if the Japanese pricing converts directly.

Lenovo showcased its Legion BoostStation Graphics Booster at CES 2020. Its key features are that it includes a 500W PSU for graphics cards up to 320mm long (designs power pins on top). You can buy it bundled with the AMD Radeon RX 5700 XT or Nvidia a GeForce RTX 2060. Other named compatible GPUs are the RTX 2080 Super, RTX 2070 Super, and GTX 1660 Ti.

The 172 x 365 x 212mm and 8.5kg eGPU enclosure from Lenovo doesn't just divvy up graphics, it has internal mounts for a 3.5"/2.5" SATA HDD/SSD. Furthermore, the box can be used to deliver up to 100W of power to charge your laptop for example. Expanding its extensive features to that of a TB3 dock there are multiple connections provided by this device, as follows; 1x Thunderbolt 3, 2x USB 3.1 Gen 1, 1x USB 2.0, HDMI, Ethernet, microphone and AV-in.

OWC's new eGPU is the Akitio Node Titan. Official highlights of this box, which is marketed at both PC and Mac users are as follows: 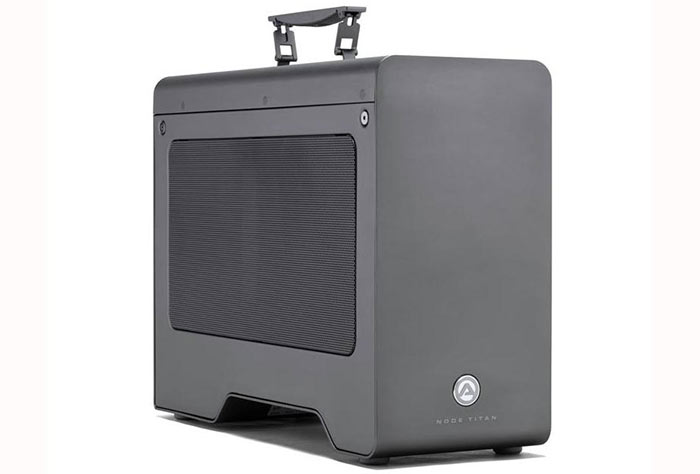 Inside, its 650W power supply delivers enough juice for power-hungry cards like the Radeon RX Vega 64. The device can easily accommodate cards which are up to double wide and full length/height. For demanding workloads OWC suggests daisy-chaining multiple Akitio Node Titan units. 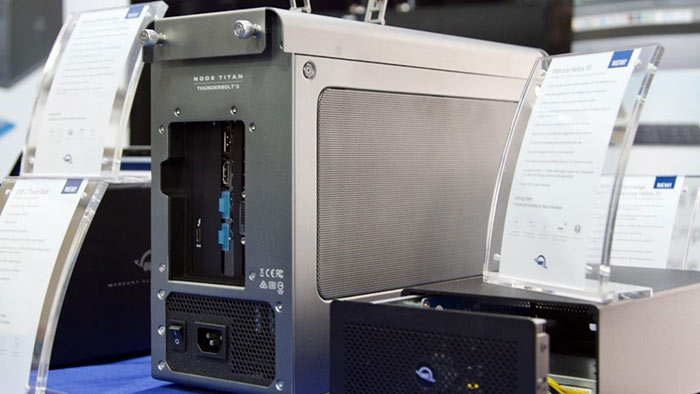 I know Asrock do some with thunderbolt on board…. not cheap though iirc.

Let's hope some of the new Ryzen 4000 based laptops / notebooks come with a Thunderbolt 3 port too… an 8 core / 16 thread portable work device, than can also game when you dock it with the eGPU enclosure has some appeal!
Posted by excalibur1814 - Sun 12 Jan 2020 23:30
“ the Aorus RTX 2080 Ti Gaming Box is said to be of appeal to content creators”

I see that, ‘content creators’ is the new marketing/sales/press buzz word(s).