Most PC enthusiasts are keen for Intel to enter the consumer dGPU space to provide more options and for the competitiveness a third player will bring to the market. It is expected that the first DG1 (Discrete Graphics 1) cards will emerge sometime during 2020 but we still don't know that much about them.

Back in July we noted that a driver referenced the 'iDG1LPDEV' part with Gen12 LP DG1 graphics but we didn't get any hint at the number of execution units (EUs) it might come packing. However it was listed alongside Gen12 HP DG2 GPUs with 128, 256, and 512EUs so one could expect the LP version to offer fewer than 128 EUs. 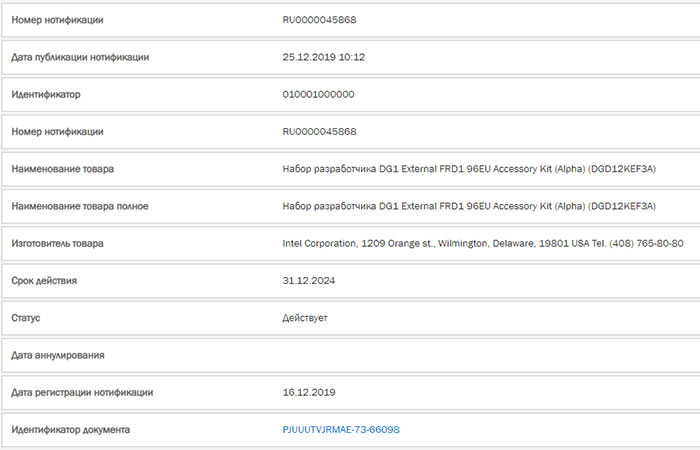 On Christmas Day, Twitter tech detective Komachi shared an EEC listing he had discovered which appears to confirm the number of EUs that feature in a DG1 graphics card - 96. Actually three similar listings were shared with links to the EEC database, like the one above. If you click the image you can see the Intel DG1 External FRD1 96EU Accessory Kit (Alpha) (DGD12KEF3A) is listed.

Packing 96 Gen12 EUs signifies a rather low end discrete GPU solution. This is the same number of Xe EUs that feature in Tiger Lake integrated graphics, up from the 64 we see on Ice Lake parts. However, Intel is working on drivers that allow integrated and discrete graphics to work together so DG1 cards could be a worthwhile addition to a future Tiger Lake system if priced appropriately. 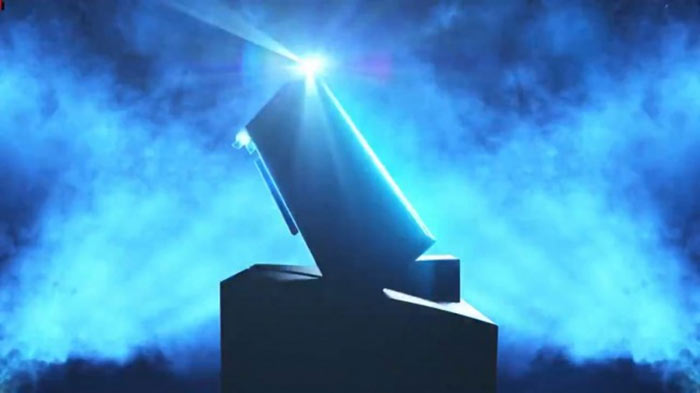 Remember that Raja Koduri obliquely hinted that Intel Xe parts could be unveiled in June 2020 (Computex?). Then, in late October, we heard that the first DG1 Xe graphics card had successfully powered on.

While the DG1 may seem modest, its stablemates at the high-end are claimed to be among the largest GPUs around. Earlier this month Koduri joked that the Xe HP GPUs were dubbed 'the father of all' GPUs by his engineering team.

Would be handy for anyone looking for something to handle modern video compression in a cheap & low power package. Blue 1030 sort of thing, but hopefully cheaper
Posted by edmundhonda - Fri 27 Dec 2019 20:31

Xlucine
Would be handy for anyone looking for something to handle modern video compression in a cheap & low power package. Blue 1030 sort of thing, but hopefully cheaper

Assuming that's a niche that exists, isn't that what Quicksync is for?