Just ahead of the weekend an eagle eyed Anandtech reader spotted some interesting entries in Intel's 26.20.16.9999 test graphics driver. Intel has started shipping its 10nm-based 10th Gen Intel Core processors (Ice Lake) to device makers, it noted in its latest results statement, and these will need updated graphics drivers for the Gen11 iGPUs. However, the since-removed test driver stretched even further into the future, by including Gen12 graphics processor codenames and details. 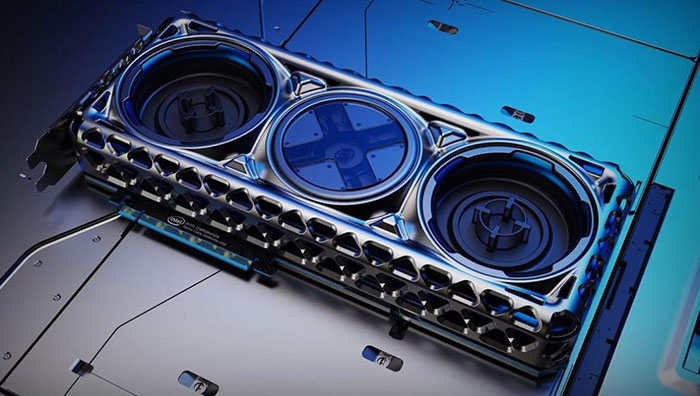 Looking through the code you will see string denonting various upcoming platforms such as TGL (Tiger Lake), RKL (Rocket Lake), EHL (Elkhart Lake), LKF (Lakefield) and others with indicators of the iGPUs they will come packing. Moreover, you will see strings with LP and HP in them, likely denoting low- and high-power GPUs. Perhaps more interesting are numbers nearer the beginning of the hardware code strings which are likely to signal the number of execution units in each respective GPU. 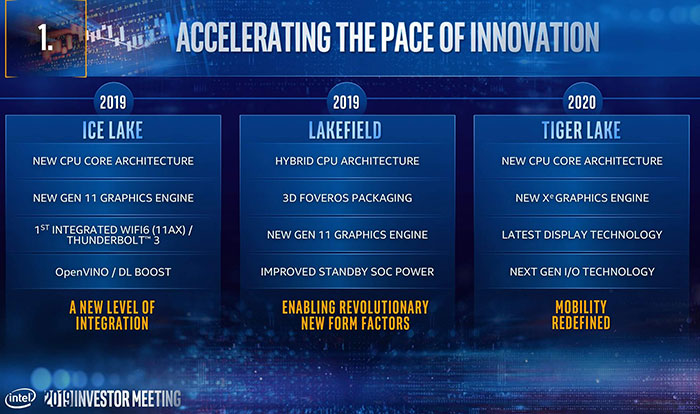 With the advent of Gen12 graphics, Intel is set to debut its discrete GPU designs and in the leaked driver we got some solid hints at what to expect, at this early stage. Of particular interest are the four discrete Xe GPUs which appear to have been referenced in the driver file, as below.

Above you can see that the iDG (Intel Discrete Graphics) parts include a 'low power' DG1, plus a trio of 'high power' DG2 boards offering up the choice of 512, 256, or 128 EUs (possibly). Even if our assumptions are true, there is a long way to go to having any useful knowledge of these upcoming Xe discrete GPUs; clock speeds, performance, efficiency, etc. 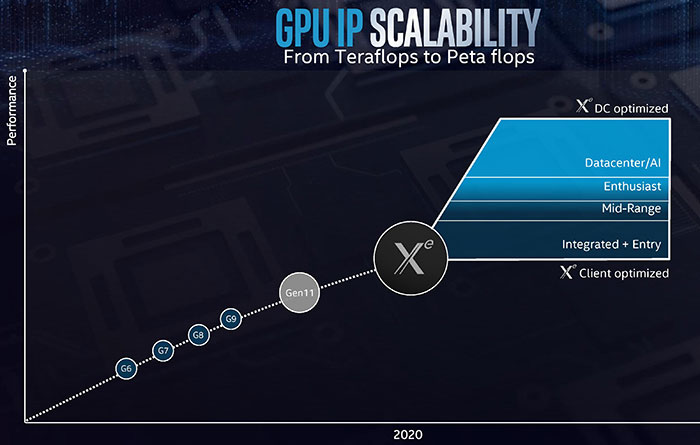 Back in May we learned via an official Intel blog post that its upcoming Xe GPUs would offer some SKUs with support for raytracing in hardware. As the roadmap diagram above shows, we don't expect to get a sniff of these graphics products until next year. 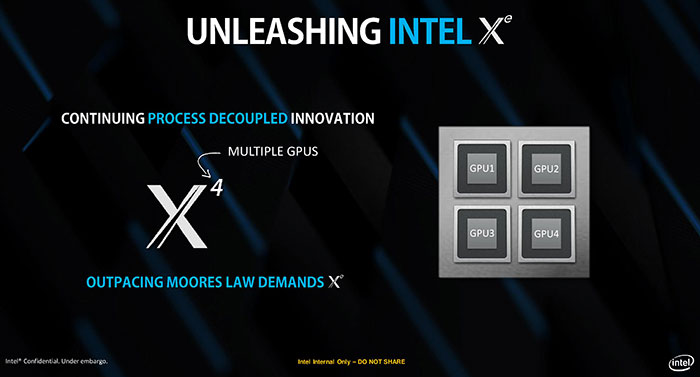 Posted by Zhibonbon - Mon 29 Jul 2019 11:31
Just like with the 5g modems, Intel keeps on fueling the hypetrain. I'm so glad AMD is finally competitive in the CPU market.
Posted by watercooled - Mon 29 Jul 2019 12:32
Have we heard any more about fabrication of these GPUs? It's just, GPUs tend to be pretty big, and 10nm yields are supposedly not brilliant at the moment. It also makes you wonder about clock speed when the CPUs produced on that 10nm node seem to have regressed in clocks vs 14nm.

I think it's quite optimistic to expect Intel to produce something all-around competitive right out of the gate. In fairness they have some big names working for them, and they should have learned some lessons from trying it in the past so maybe it's not fair to judge based on that. It would seem the odds are stacked against them at the moment though.
Posted by AETAaAS - Mon 29 Jul 2019 13:06
@watercooled; Of course building huge monolithic designs are expensive, so it was much more practical to take existing Intel HD graphics and glue… I mean synergize… our graphics wow factor to action our best practices and meet strategic goals for a holistic… anyway onto the next slide,

lumireleon
So Nvidia has NvLink what will iNTEL call theirs? Pentium Link?