Gigabyte will have at least 40 variants of the GeForce RTX 2060 graphics card according to an EEC (Eurasian Economic Commission) product listing. Originally spotted by Komachi on Twitter on Christmas Day, and subsequently shared by VideoCardz, the long list of leaked cards includes a bewildering but not surprising permutations of memory quantity, memory type, and cooler design.

Based upon memory quantity there are three base variations; 6GB, 4GB, and 3GB. Then we have to add two types of memory; GDDR6 or GDDR5X. Add into this mix the various Gigabyte cool.er designs such as Aorus Xtreme, Gaming OC, WindForce 3X/2X and Mini ATX series and it is easy to create 40 SKUs as listed at the EEC.

Gigabyte GeForce RTX 2060 Aorus Xtreme SKUs, for example, listed by the EEC, are tabulated above.

If the above variables were not enough, VideoCardz asserts that there will be other changes in clock speeds and memory bus width throughout the offerings. It says that the "6GB and 3GB cards are probably going to share clock speeds, but they may have different CUDA core counts, just as GTX 1060 series did". Secondly it says that the 4GB versions won't offer the expected 192-bit bus width but will be clocked higher than its siblings. VideoCardz has a source at Gigabyte which may be where it got that extra information. 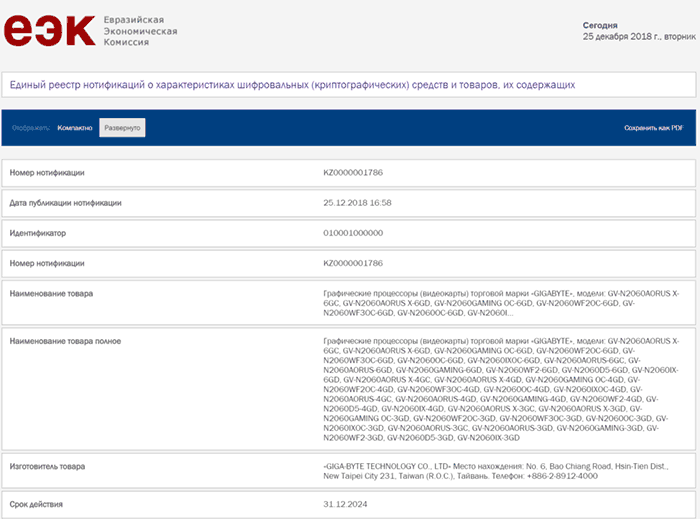 It certainly looks like Nvidia is forging lots of bullets with which to machine-gun the mid-market. Furthermore, last week we heard rumours that Nvidia was preparing GeForce GTX 1160 graphics cards too - variants that include 'Turning Shaders' but lack Raytracing (RT) cores.

If someone says they have a 2060 it could have a plot anywhere on a performance curve.

But the more i think about it the more i realise it's like cars, you can have a ford focus in diesel/petrol and in different engine sizes but it's still a focus regardless of the performance.