We know quite a lot about Microsoft's Xbox Series X, including detailed hardware specs, software and backward compatibility information, its approximate launch window (Xmas), and have some quite solid price expectations. Mentions of a stable-mate for the budget-conscious or thrifty punter have been consistently in the background but rather muted. This week Microsoft published an updated GameCore Developer Kit for Xbox and various sources have pawed through the documentation to discover mentions of the codename for the little brother of the Xbox Series X, directly referred to under its codename 'Lockhart', but also known by the name Xbox Series S.

A Twitter post from security researcher TitleOS was highlighted as the first source of this new by Windows Central. The researcher provided two screenshots of the Microsoft GameCore Developer Kit (GDK June 2020) documentation making reference to 'Lockhart'.

The above snippets mention profiling modes. Anaconda is the full-fat Xbox Series X, while as mentioned above, Lockhart is a cut down version of the same. It appears to be that developers can somehow set a profile on their development kits to wind down the resources available to test Lockhart gameplay quality. Perhaps the Lockhart profile makes the CPU/GPU run at lower clocks with less working RAM available, something like that. 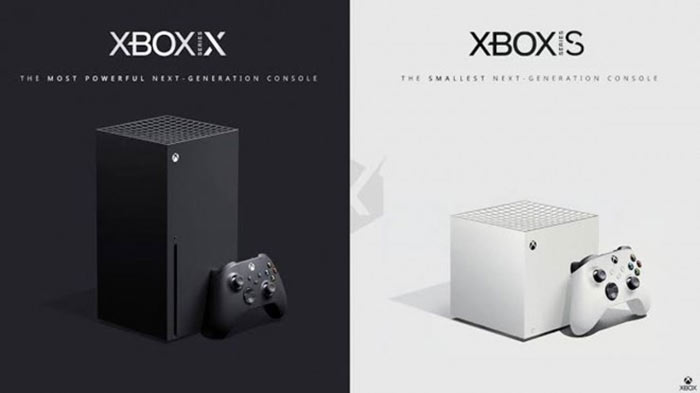 So, it sounds like Lockhart will feature a lower tier AMD APU, and possibly less RAM. While the Xbox Series X is targeting AAA gameplay on 4K TVs, the Xbox Series S might be built for 1440p or 1080p rendering of the same modern AAA titles for the next gen consoles. Furthermore, it could be an ODD-less console. There are plenty of theories being thrown around though; some commenters even think Lockhart could be a portable member of the Xbox Series X family.

A fortnight ago, Sony took the wraps off its twin PlayStation 5 consoles for the first time. There will be a standard and digital edition from Sony. The ODD-less versions should be at least US$50 cheaper, perhaps under the $500 mark. This news might have helped accelerate Microsoft's plans for a dual-SKU rollout. If Lockhart is using cheaper lower-res targeting hardware and no ODD it could undercut the cheaper PS5 by some margin.

cheesemp
This is clever idea from Microsoft. Sure, 4k would be nice but i'd argue most kid's bedrooms (and quite a few front rooms) have only got 1080p. If they do a deal where you get game pass (the game download service which personally I think is great) and the console for say £30 a month for 2 years, it could prove quite popular.

I'd say the opposite. 4k TVs have been very cheap for a while now and they're larger than their 1080p predecessors which is a big incentive for your average consumer. Unless the TV had been bought more than 5 years ago it's probably not going to be 1080p, and certainly an upgrade would be due over this generation.
Posted by LSG501 - Fri 26 Jun 2020 12:35
It could also be that lockhart is designed around the idea of it being used for xcloud rather than being a pure console in the strictest sense of the word. Dev's still need to know how it would look/perform if remotely streamed via the xbox based game servers etc.

MS are going to start pushing the ‘streaming’ side of things soon, so what better way to promote it than a low cost device they can throw in for cheap or even free if you sign up for 12-24 months of xcloud. Throw in the ability for it to install ‘basic’ apps like say netflix etc and it's quite a compelling little device for some households imo.
Posted by gagaga - Fri 26 Jun 2020 12:36
Would be pretty funny if the Series S is as fast as the PS5 and a chunk cheaper.
Do like that render of the dinky cube….
Posted by simonpreston - Fri 26 Jun 2020 13:13

HW90
Unless the TV had been bought more than 5 years ago it's probably not going to be 1080p, and certainly an upgrade would be due over this generation.