Microsoft has revealed the full tech specs of the upcoming Xbox Series X gaming console. The new console is designed to deliver "performance, speed and compatibility," and Microsoft boasts that it will do so without compromise. The power of the Xbox One X will mean that games won't just look better, it says, they will play better too. 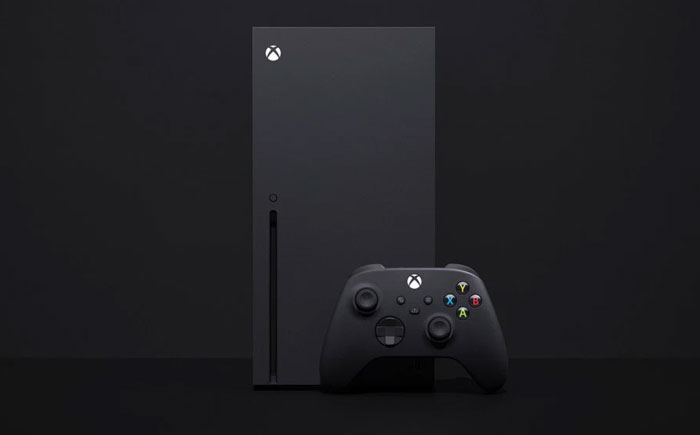 In its Xbox Wire blog post Microsoft punted some gaming performance numbers, trying to give a good impression of what to expect. The development team have basically aimed at making a console capable of playing games at 60fps with 4K visuals "with no compromises for developers". Secondly, for demanding and competitive games there will be support for up to 120fps refresh rates. It will be up to developers and gamers to adjust these parameters to their priorities, and I guess that depends on game category – AAA blockbuster, eSports, Sim etc.

AMD has delivered a custom designed processor for the Xbox Series X and it will of course, especially as an APU, be central to the performance of which the console will be capable. As we already knew, this processor will mix the power of an octa core AMD Zen 2 CPU and an RDNA 2-class GPU. 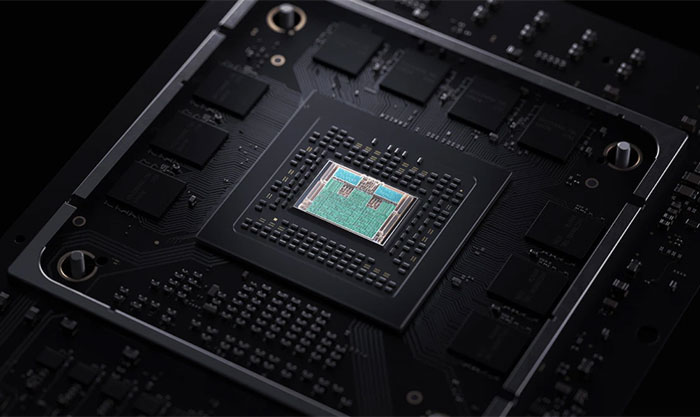 Sebastien Nussbaum, CVP & Senior Fellow, Semi-Custom Products and Technologies​ at AMD was quoted by the Xbox Wire, providing some insight into the new SoC. "Xbox Series X is the biggest generational leap of SOC [System on a Chip] and API design that we’ve done with Microsoft, and it's really an honour for AMD to be a trusted Microsoft partner for this endeavour," said Nussbaum who went on to call the new console a "beacon of technical innovation leadership".

One of the key visual quality features of the new RDNA 2 graphics will be support for hardware accelerated DirectX Raytracing, which simulates the properties of light and sound in real time. A Minecraft demo was shown with the real-time effect on and off, which was especially striking in scenes with glass and water.

A more general graphical demo showed Gears of War 5 for Xbox Series X with a 50 per cent higher particle count than available in PC Ultra specs, running in 4K 60fps. The game can run at up to 100fps at this time, with 120fps multi-player modes under investigation.

SSD storage will be an integral part of the new Xbox Velocity Architecture which is optimised for the loading and the streaming-in of game assets. "The CPU is the brain of our new console and the GPU is the heart, but the Xbox Velocity Architecture is the soul," said Andrew Goossen, Technical Fellow on Xbox Series X at Microsoft. It is claimed that XVA will provide developers with 100GB of instantly accessible game assets for their creations and be a game changer. Large open-world games will be major beneficiaries of this tech.

Other key technologies utilised by the Xbox Series X are; fast input scanning, a low latency pipeline, and the HDI 2.1 video connection. Quick Resume has been previously mentioned by Microsoft, but is worth covering again as it will allow gamers to go back to multiple games as they were last played, with the press of a button. Quick Resume saves onto the SSD so games can resume even after the console has been off for weeks or updated. 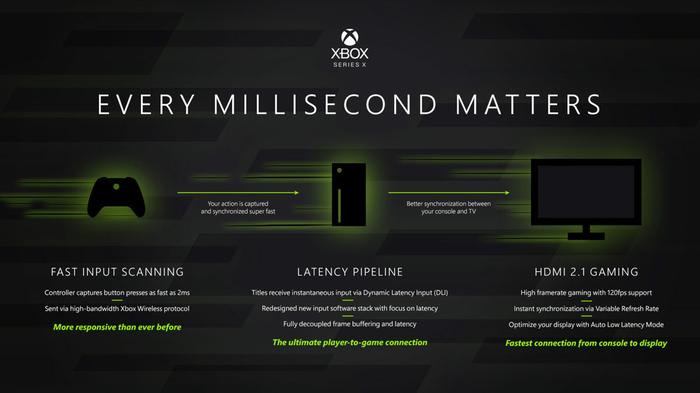 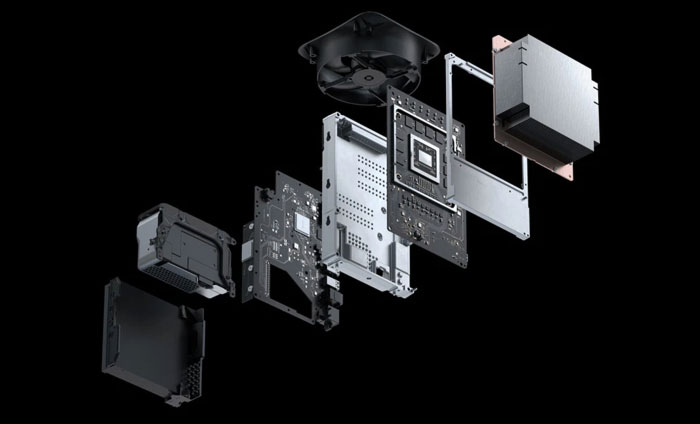 We knew this would be a feature too, but Microsoft has restated its intentions to keep up with the strong backwards compatibility features with the Xbox Series X. Microsoft says that "Xbox One, including Xbox 360 and original Xbox games, will play even better on Xbox Series X". To start with, boot and load times will benefit from the new storage subsystem, but once in the games you should then notice "more stable frame rates, higher resolutions and improved image quality," too. Cross generational multiplayer and buying titles with 'Smart Delivery' (buy on an older console, get enhanced version on new the console) provide icing on the Xbox cake.

It looks like Sony has a big fight on its hands if it wishes to beat Microsoft in the next console wars – starting this Christmas.

QuorTek
I dont think so, they will both have pretty much the same hardware.

yeah, i was under the impression that amd was on board with sony also, isn`t it?
i`m curious- if that`s the case- how amd`s dog is going to please two masters.
Posted by Xlucine - Mon 16 Mar 2020 19:07
Huh, they took a leaf from the 970 playbook. I'm surprised the CPU clocks so high, I was expecting more laptop clocks to save TDP for the GPU

Strawb77
yeah, i was under the impression that amd was on board with sony also, isn`t it?
i`m curious- if that`s the case- how amd`s dog is going to please two masters.

Same way they pleased them with the xbone/ps4, those both had very similar silicon
Posted by QuorTek - Mon 16 Mar 2020 21:38
AMD wins either way, they again set the standard for gaming for yet the next many years with these consoles.