Ubisoft is celebrating the 20th anniversary of Tom Clancy's Ghost Recon and has made a number of announcements that might stir some interest – at least because a lot of the news is about freebies. Firstly, it has launched a new F2P PvP (Battle Royale) shooter called Ghost Recon Frontline. Secondly, it has decided to give away the original Ghost Recon game plus some DLCs for newer outings via the Ubisoft Store / UPlay.

Ubisoft has tried to muscle in on the Battle Royale trend previously with Hyper Scape, but it looks like that was a dud in terms of the popularity sought. It looks like Ubisoft has been canny in preparing an alternative, even before Hyper Scape's failure became evident, and used considerable resources to come up with Ghost Recon Frontline. Ubisoft's Bucharest has spent three years on this project – so hopefully it is appealing. 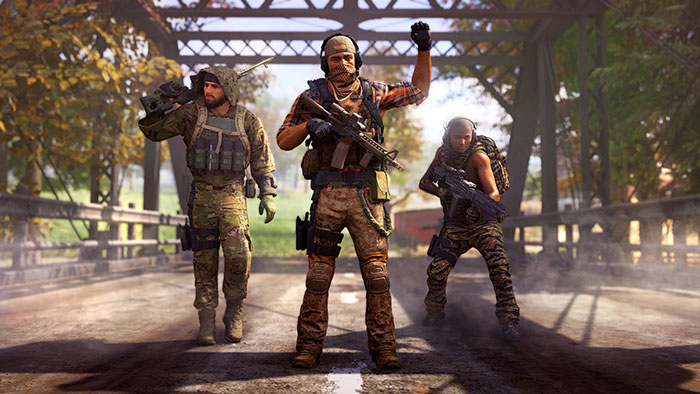 The official pages for Frontline describe the new F2P game as a "tactical-action, massive PVP shooter set in the renowned Ghost Recon universe… with multiple ways to outsmart enemy teams and forge a path to victory". The action takes place from a first-person viewpoint, which is a bit of a departure for this series. You will be playing as one of three in a class-based squad with customised weapon loadouts, tactical skills, and support abilities to allow for battlefield creativity. 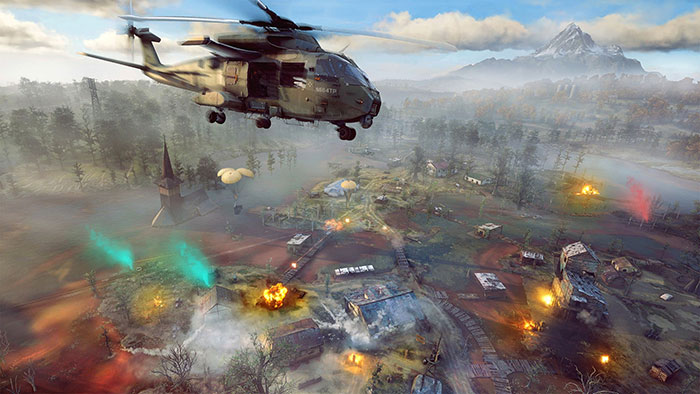 In the signature 'Expedition Mode' you will be in a team of three on a map with 100+ other players. You and your team will race to secure "dynamic objectives strewn across the massive open map with no converging circle," before calling for extraction – another part of the game to survive through, to seal your success. More game modes, characters, tactical tools, maps, and so on are promised as 'seasons' are added to this game.

If you are interested in Ghost Recon Frontline you can register to have a chance of pre-launch play testing which starts from 14th October. We don't have a date for general release.

As I mentioned in the intro, there are currently some freebies (grab them before 11th October) for people who enjoy the Ghost Recon titles. Ubisoft is giving away the original Ghost Recon as the main attraction. However, if you own some of the more modern games, there are some DLCs you might want to grab for free too; the 'Fallen Ghosts' add-on for 2017's Ghost Recon Wildlands, and 'Deep State Adventure' for 2019's Ghost Recon Breakpoint. 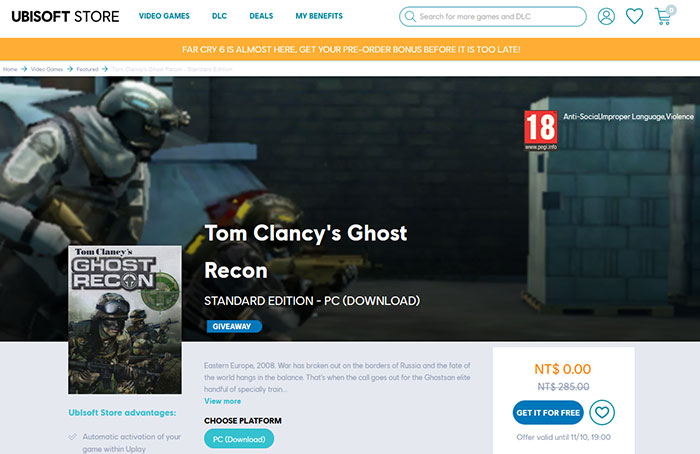 Head on over to the Ubisoft Store on the web, or fire up your UPlay client, to search for these goodies. While you are there, you will probably notice discounts of up to 80 per cent off a wide range of paid-for Tom Clancy games (until 14th Oct).

Posted by Gentle Viking - Wed 06 Oct 2021 21:35
I am panting for a FPS game, sadly this too dont seem to be it.
Posted by Kovoet - Thu 07 Oct 2021 20:36
It's going to be a glorified Fortnite come Call of Duty
Posted by Gentle Viking - Fri 08 Oct 2021 16:03
I figure, i have never played fortnite, and i dropped COD like it was hot after the first modern warfare game, which was already far too silly for my liking.
They say some games are still run and gun,,,,,,, i say not compared to run and gun i played just after the turn of the century.