Last month HEXUS reported that Ubisoft had kicked off a month of free games as part of its 'Play Your Part, Play At Home' initiative during the Covid-19 crisis. Well, Covid-19 hasn't gone anywhere so it is apt that, as we are firmly ensconced in the otherwise pleasant month of May, that Ubisoft's PC gaming giveaways continue.

The new Ubisoft giveaways are perhaps more thoughtful than other digital games stores, as it has decided to provide its educational Assassin's Creed tours free to keep for anyone who claims them (offer live until Thursday, 21st May). Educational titles like these can help history teachers and students with some interesting activities during the lockdown. Here in the UK they will hopefully help everyone stimulate our grey matter, in our quests to 'Stay Alert'. 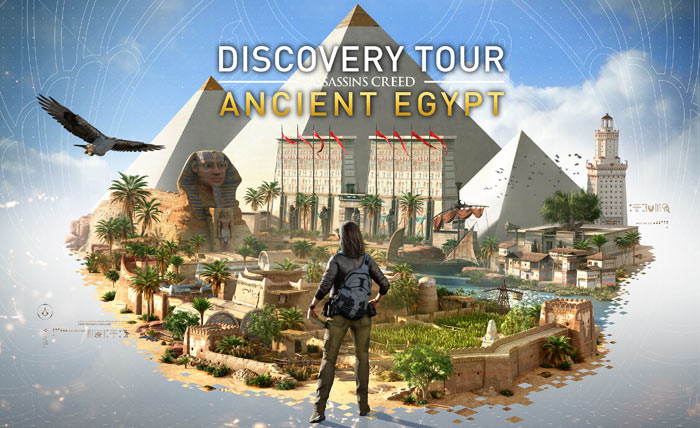 Discovery Tours are a relatively new part of the Assassin's Creed franchise. The first such tour was delivered for Assassin's Creed Origins in Feb 2018. With that game set in ancient Egypt, naturally the educational expansion featured this historic era and location. An impressive 75 fully guided tours were included in the Egyptian Discovery Tour. Ubisoft made it free to Origins owners but available standalone too (£20). 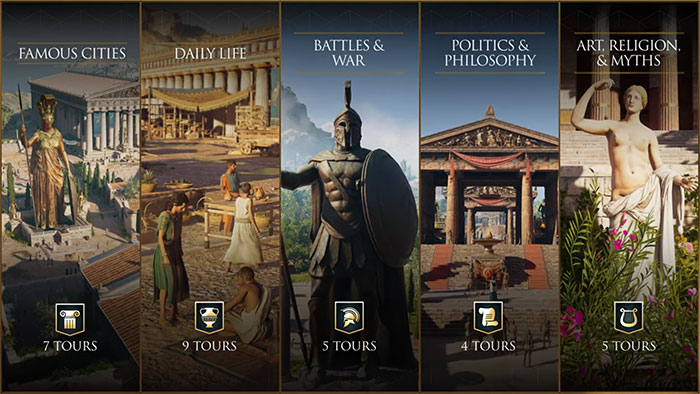 In Sept 2019, Ubisoft followed the same modus operandi for Assassin's Creed Odyssey. Existing game owners got a Discovery Tour: Ancient Greece expansion for free. Meanwhile a standalone version was provided so non-gamers could immerse themselves in historic Greek life and locations. This outing included 30 tours in all with tourists able to unlock more characters, outfits and sites via progression. Discovery Tour: Ancient Greece was released for £17 last year, though since then it has been on offer on its own and/ or in a bundle with the Egyptian tour.

Can we expect a similar interactive educational tour to be forthcoming, after the release of the Assassin's Creed Valhalla game?

YES i had to resort to translator, Greek are not in any way on my list of languages. :vacant:
Posted by Kato-2 - Fri 15 May 2020 17:45
In no way should these be used as education tools, Ubisoft censors and alters history to accomdate its (Canadian) tastes.

Entertainment sure no problem, mess with history all you want but never proclaim it an educational tool.
Posted by Gentle Viking - Fri 15 May 2020 22:14
The truth is out there !


It is just no one are allowed to see it, as “you cant handle the truth”
And so we remain puppets of our masters.
Posted by Fabula - Sat 16 May 2020 09:59
Looked cool. And free. Thought the kids might find it interesting.

Then I saw a 50+gig install, and thought not.
Posted by Gentle Viking - Sat 16 May 2020 16:09
Any day of the week would i take a game with gameplay i love and modest graphics, but games i love are not trending and graphics and other in game “reality” seem to be the focus.
Even bloody indie makers dont even whip up a game i would like to play, they seem to be all hands on deck inventing the next wheel.

MY dream game would have no issues fitting on a blue ray, probably even a DVD too.