Back in mid-April, HEXUS reported upon the news that Quake II RTX was going to be published as an open source project. That news followed the well-received presentation of a Quake II demo with real-time ray traced global illumination and reflections, HDR visuals, dynamic direct and indirect lighting effects, mimicked physical material light reflection properties, and volumetric lighting effects - at GTC 2019 in March.

Today, Nvidia has revealed that Quake II RTX will be available for free from 6th June. Nvidia revealed this Quake II RTX news at its Computex 2019 press conference. Alongside this announcement there is a new announce trailer showing various in-game scenes, in-game action, plus side-by-side RTX Off and RTX On comparisons. At the end of the video you will see that the RTX version of the game is the result of collaboration between Bethesda, id Software, and Nvidia's Lightspeed Studios. 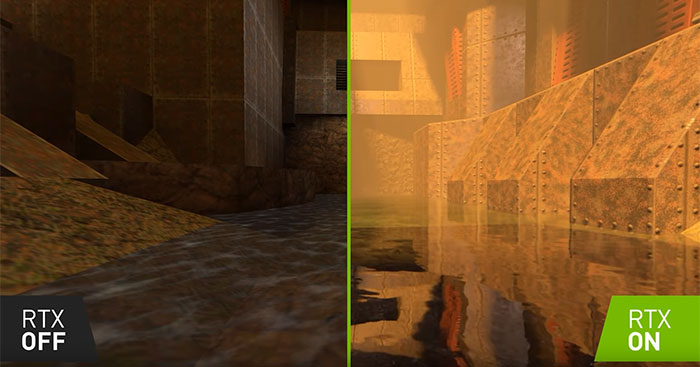 Nvidia says that the finished Quake II RTX will look even better than the version shown off earlier this year as developers continued to work on the project and have implemented "numerous improvements to image quality, and new additions that add even more path-traced enhancements".

More specifically, highlights of the RTX capable game include: 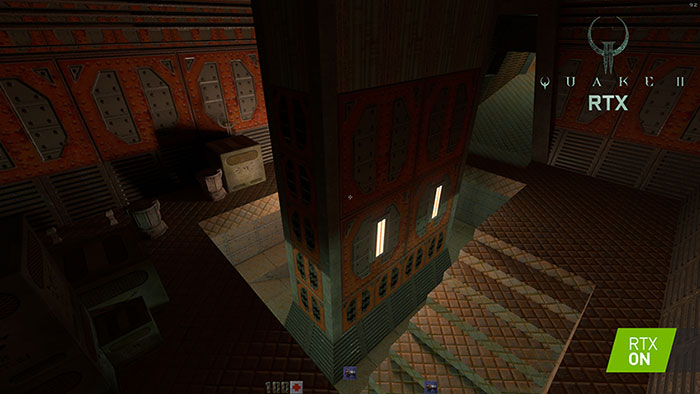 In the free game players will get to enjoy a total of three single player levels. The game will be available directly from Nvidia on the date stated. Owners of the original game, which still sells for £3.99 on Steam, will get the full game and multiplayer access as well. In a way that makes this release similar to many shareware titles of old (like Quake).

Nvidia hopes that Quake II fans will take on the challenge of updating Quake II expansions packs for RTX thanks to the freely available source code being made available on GitHub.