To say that the release of Cyberpunk 2077 was highly anticipated might be understating the situation somewhat. After more than its fair share of trailers, teasers and false starts the game finally went live worldwide and cross platform yesterday. Understandably, the launch has broken a number of gaming industry records. 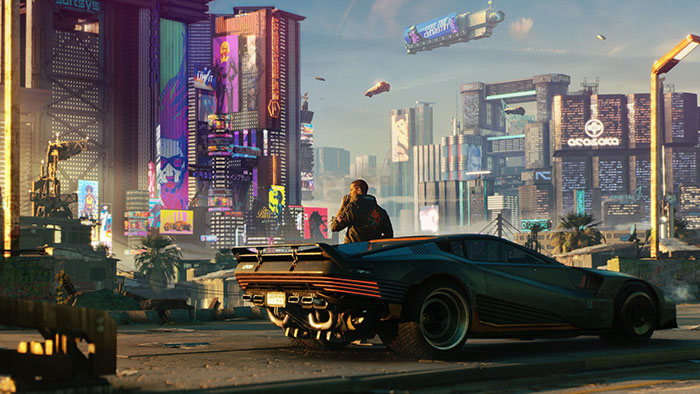 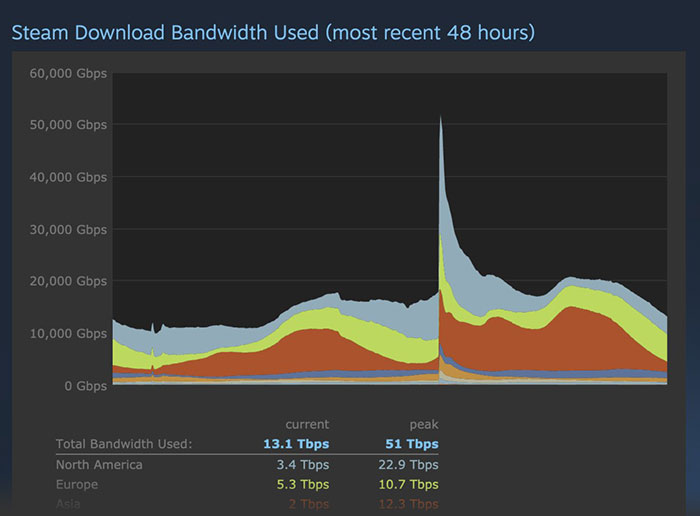 Ahmad noted that the Steam stats do not capture the full impact of the Cyberpunk 2077 launch on PC. A lot of PC gamers would have been keen to buy the game via GOG for its no-DRM benefits, and to support the developers more directly. Epic Games Store was another purchasing source for PC gamers.

Cyberpunk 2077's launch even managed to take both Steam and GOG offline for several minutes. CDPR's Fabian Mario Döhla gleefully commented on the situation, saying "Wow. The hype is real".

Fallout 4's long standing record for the most concurrent players in a single player game has toppled to Cyberpunk 2077. The new release soundly beats it by 1,003,264 to 472,962 just a few hours after release. Multiplayer titles seem to hold the most Steam gamers online. For example PUBG's record is a massive 3.2m, set in January 2018, but Cyberpunk 2077 is close to challenging second and third placed favourites like CS:GO and Dota 2.

Most popular on PC

The first sales figures we have concern pre-orders, for now. CDPR reveals that it sold 8 million copies of Cyberpunk 2077 before release. This total was split 59:41 between PCs and consoles. I'm sure the firm will be updating us with further sales milestones as and when they happen. 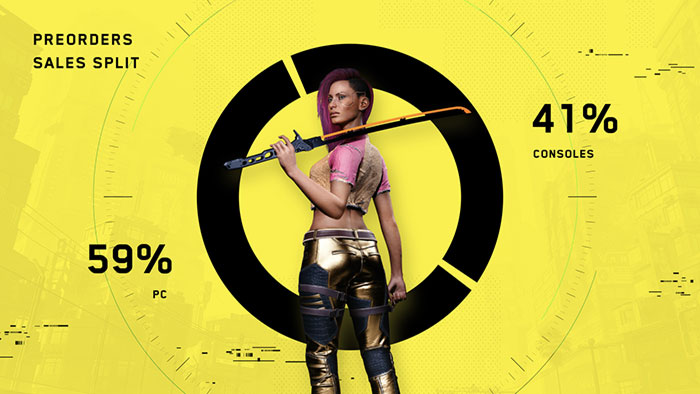 PS4 and Xbox One gamers disappointed?

With all the fanfare owners of older consoles can perhaps be excused for thinking that Cyberpunk 2077 would look great on their machines. However, there have been a number of almost comical stills and video clips shared on social media showing low resolution graphics, blurry visuals, frame drops, and crashes. This video from Legolas gained a lot of traction and the gallery of rogues on social media often look a bit 'potato mode'.

Posted by EvilCycle - Fri 11 Dec 2020 10:15
I'll admit there is probably some bias here, but the witcher 3 is no longer my favourite game. Cyberpunk is beautiful, I have had acceptable performance and very few bugs up to now but understand others are not so lucky, especially those on the base console versions, however, I dare say once bugs are ironed out and everyone has moved on a bit hardware wise, this game will be considered a masterpiece by many.
Posted by kalniel - Fri 11 Dec 2020 10:21
Bugs and performance will improve over time no doubt, but I'm more concerned about the reports of inconsistent story telling and pacing - I hope CDPR will also look at addressing that.
Posted by 3dcandy - Fri 11 Dec 2020 11:03

kalniel
Bugs and performance will improve over time no doubt, but I'm more concerned about the reports of inconsistent story telling and pacing - I hope CDPR will also look at addressing that.

A lot of reviews are saying how buggy it is though. Despite being delayed a few have said it still appears rushed and incomplete
Posted by aniilv - Fri 11 Dec 2020 11:40

kalniel
Bugs and performance will improve over time no doubt, but I'm more concerned about the reports of inconsistent story telling and pacing - I hope CDPR will also look at addressing that.

The story and dialogue is garbage. Something that small 3rd party studio would make, feels like 0 effort has been put into script and spent all money on music and voice actors who can't do anything about how bad of a lines they have to read.
Posted by Spud1 - Fri 11 Dec 2020 12:47

aniilv
The story and dialogue is garbage. Something that small 3rd party studio would make, feels like 0 effort has been put into script and spent all money on music and voice actors who can't do anything about how bad of a lines they have to read.

Interesting, I completely disagree. Apart from Keanu's voice acting which is terrible, I think most of the cast do a convincing job. I'm enjoying the stories so far. Had a few bugs but nothing major yet…couple of stuck quests that required a reload (not backwards - just save/quit/continue) and a few ultrawide glitches but nothing too bad. Certainly nowhere near as poor a state a Bethesda RPG would be in even after a year of patches.

For me, this game pushes a lot of the right buttons and feels like a hugely modernized Deus Ex (the original 2000 game, not the reboots), which is great! Plenty to do and explore, and i'm starting to learn how deep the different playstyles can go if you want them to.

Graphics are great, it runs well on my system - I play at half way between high/ultra & ultra raytracing, DLSS balanced at 3440x1440 and i'm getting around 80fps, which is fine for a single player game.

I'm enjoying it and will be right back into the night city after lunch :)