We have been watching the next gen console competition between Sony and Microsoft with interest. We've had console hardware spec releases, controller details, and various streamed video events and demonstrations - since most of the world is in lockdown. In the wake of its impressive showing, powering an Unreal Engine 5 demo in real time (need an RTX 2070 on PC to achieve same res/frame rate), people were understandably keen to catch the big PlayStation 5 gameplay reveal set for this Wednesday. However, Sony has cancelled this event indefinitely, so people's attention, the news and media can stay focussed upon the George Floyd killing. 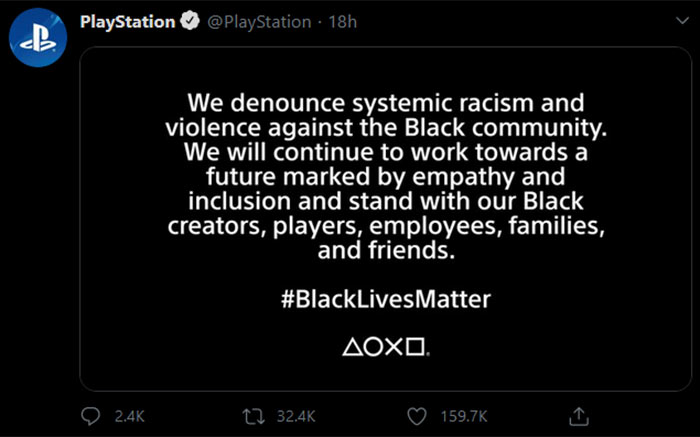 Yesterday Sony's official PlayStation Twitter account posted a message denouncing systematic racism and violence against the Black community, as per above. A few hours later it followed up with quite a big decision, to postpone the event, as per the message below. 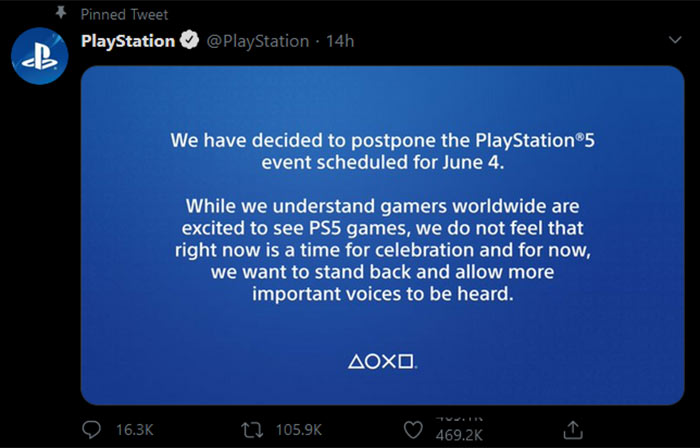 The Sony PlayStation 5 gameplay event had been scheduled for 1PM PST on Wednesday, 4th June but we don't have a new date to share at this time.

In a similar 'now is not the time' vein, the official Call of Duty Twitter account today declared that new seasons of Call of Duty Modern Warfare, Warzone, and mobile games are going to be launched at later dates. Activision echoed Sony's stance, and said that "Right now it's time for those speaking up for equality, justice and change to be seen and heard. We stand alongside you." On Sunday, EA Sports decided to cancel its Madden NFL 21 celebration. 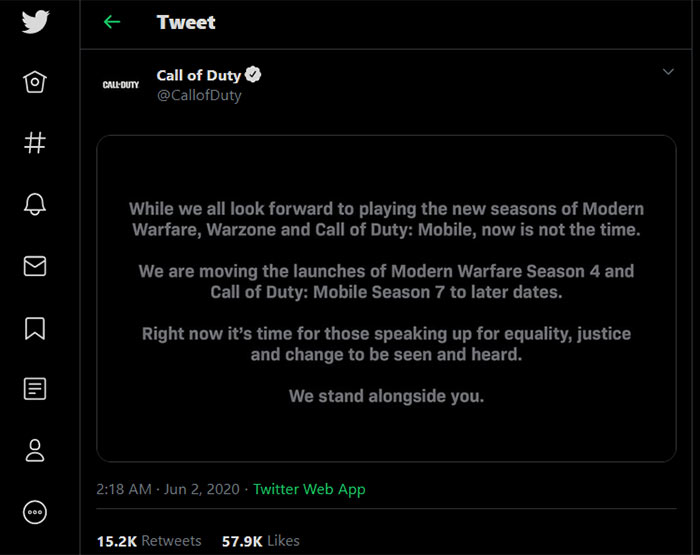 In the wider tech industry the likes of Amazon, Microsoft (and Microsoft's Satya Nadella) have called for the end of every-day racism, bias and hatred.

Posted by Spud1 - Tue 02 Jun 2020 12:25
I don't get it. I know how this may make me appear, but I really don't get why a bunch of companies have suddenly delayed announcements etc because of this (horrible) situation in America.

Is what it is and I am not remotely interested in the PS5 announcements, I just find it a bit odd. Guess it feels very different if you are in the USA.
Posted by Gentle Viking - Tue 02 Jun 2020 12:26
Well asking for that( every-day racism, bias and hatred ) to go away will probably be a tall order, and when even the so called religion of peace ( Islam ) preach racism, or how you want to see on the way the Quran tell how to treat non believers / other marginal persons, then tolerance and understanding will probably be hard to earn.

It is at best just a mess, one i must take a skeptical stance towards.

And i sure as hell are not going to take part in a protest with looters or violent people, but sadly that have also become the norm in Denmark over the past 2-3 decades.

Not that, in different ways, the events behind this aren't disgraceful, especially George Floyd's murder. But yeah, it stinks of virtue signalling.
Posted by CAT-THE-FIFTH - Tue 02 Jun 2020 13:54
I think Sony knows the US market is distracted by what is happening now. It is delaying the reveal to when there is less competition in the news cycles.