When it comes to fair play in PC digital games sales, many would rate GOG.com highly. Its constantly expanding curated collection of games are downloadable, without any DRM, and can be played with or without GOG's Galaxy launcher. Now GOG has demonstrated it is willing to go further in its "gamers-first approach," by extending its refund policy.

The update of the refunds policy is really quite simple, and can be summed up in one sentence, as GOG communicated with HEXUS in an email a few hours ago: "starting now, you can get a full refund up to 30 days after purchasing a product, even if you downloaded, launched, and played it."

The voluntary refund policy expansion takes effect immediately. In a short explainer about the decision, GOG says that "that this update is possible thanks to your respect for all the time and hard work put into creating the games you buy on GOG.com and playing by the rules. We're grateful for that and encourage you to continue to do so." Isn't it nice to hear of people playing by the rules for the greater good?

In case you want a deeper understanding of the GOG voluntary 30 day refund policy, or perhaps wish to look for loopholes in it, a FAQ has been published. The documentation covers how to apply for a refund, how long it will take, gifts and gifting, pre-orders, DLCs, and limits on refund frequency. With the last point in mind, 'refund frequency', GOG simply asks users not to take advantage by "asking for an unreasonable amount of games to be refunded". It adds to clarify: "Don't be that person. No one likes that person." 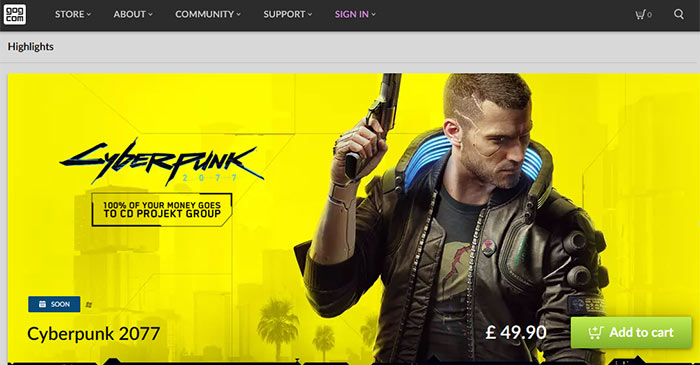 GOG's weakness is obviously its selection of available games. It seems to lean heavily on sales of The Witcher series (same organisation) and older classics. However, it has the potential to be very busy selling copies of Cyberpunk 2077 in the coming months, and as reported last week a comely crop of modern Bethesda titles just arrived on the site.

refunds if youre sensible and not happy.. you don't NEED their launcher either.
Posted by rave_alan - Fri 28 Feb 2020 10:41
Let's see if fair play still makes difference. Surely a great ideia for business and users)
Posted by Ttaskmaster - Fri 28 Feb 2020 13:13
I never bother anyway. Most of my games are bought during a sale or something, but I often don't get around to playing them until many months later.
Still haven't played the free LEGO Batman ones from Epic, and there's about a dozen on Steam I've not even opened.