The UK's Criterion Games has been chosen to drive forward the Need for Speed gaming franchise for Electronic Arts. For the last four games in the series EA's Ghost Games in Gothenburg has been the developer behind the NFS series but it is about to be handed back to racing games specialist Criterion, based in Guildford.

Why the change? GamesIndustryBiz reports that "EA says it has struggled to attract the right talent to Gothenburg to work on the series." Additionally it turns out Criterion downsized after its two NFS games and began working on other projects such as a cancelled extreme sports game. A number of its employees went over to Sweden to help Ghost Games get started with the NFS franchise back in 2013.

Since 2014 Criterion has again moved closer to EA DICE by working on projects such as Star Wars: Battlefront (VR mission), Battlefront II and Battlefield V. Meanwhile, Ghost Games found it hard to attract talent to its base in Gothenburg. 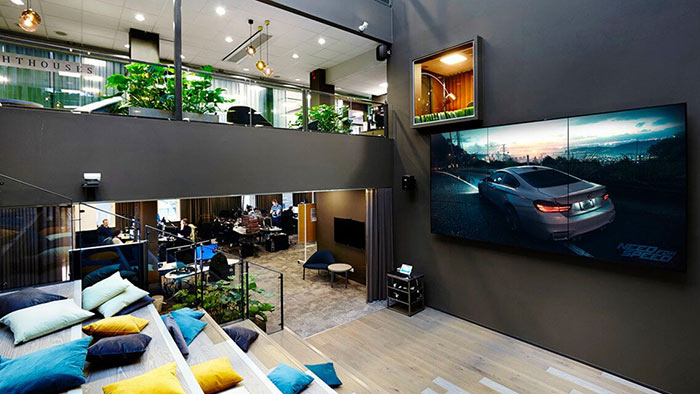 What will happen next is that Ghost Games will become EA Gothenburg once again. Its engineering expertise will stay put, as it supports the likes of the Frostbite engine which is used across EA's portfolio. Many from Ghost Games creative team will go/return to the UK to work at Criterion. However that leaves about 30 roles at risk which EA hopes to find roles elsewhere in the company.

Let us hope that moving Need for Speed back to Criterion will give the series a shot in the arm, and that new NFS titles will benefit from Criterion's "passion for racing games and vision".

PsyaNyde
Maybe the new NFS games will now get native wheel support from the get go again.

yeah, it would certainly be a refreshing change to have people that know how to make `driving` games back at NFS.
Posted by Lord Midas - Tue 18 Feb 2020 08:08
Woo, a real dev