As you will probably be well aware, especially if you read our report on the new Xbox Series X consoles earlier today, The Game Awards took place last night. Other than Microsoft's new hardware presentation the big news, of course, were the game awards - hence the name. 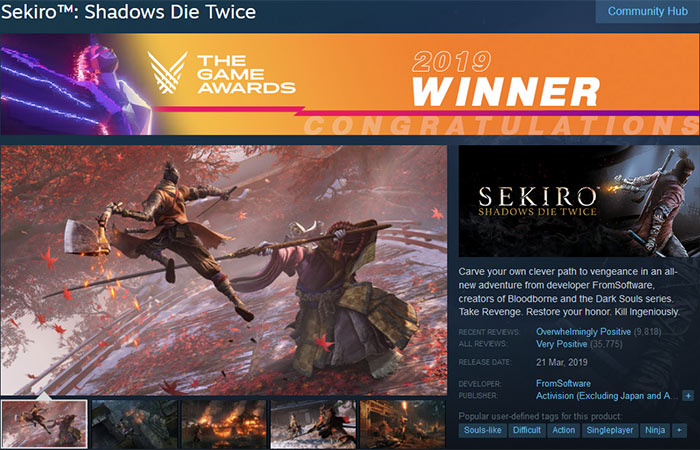 Awards were given in a plethora of categories but the overall winner of the night was Sekiro: Shadows Die Twice, which secured "a spectacular win" as overall Game of the Year (GOTY). Sekiro also won the prize for Best Action-Adventure Game. 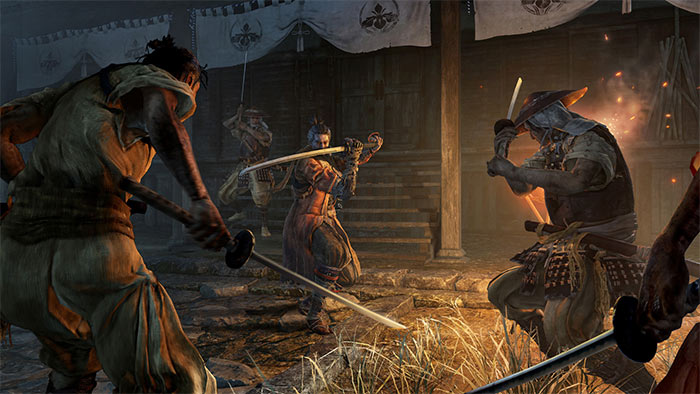 If you are interested in some backstory to this game, it is a third person perspective action-adventure video game developed by FromSoftware and published by Activision. During the game you play as the titular Sekiro, a disgraced and disfigured warrior rescued from the brink of death who also goes by the name 'the one armed wolf'. Set during a magic fictionalised historical period in 16th century Japan, you will be stealthily exploring and indulging in combat - including battling some formidable bosses. There are skill tree and gear upgrades to be had but there isn't extensive character customisation here.

Sekiro: Shadows Die Twice was released on 22nd March 2019 on Windows, PlayStation 4, and Xbox One. It has sold nearly 4 million copies so far. Looking at the game's Steam Store page on PC, the game has 'overwhelmingly positive' reviews. However, it is rather pricy at £49.90 at the time of writing.