About three weeks ago, HEXUS reported on the news that Call of Duty: Vanguard will return the franchise to its WWII roots, and that the game will be released on 5th November. We had some single-player campaign details to share at that time, as well as a rough sketch of the kind of gameplay, game characters and game environment you will be presented with. Now we have some information from Activision about the multiplayer gameplay, and the upcoming beta test weekends, and PC minimum and recommended specs for the beta (specs probably similar to the final game).

To learn more about the multiplayer fun you can have in Call of Duty: Vanguard, it is worth a peek at the video above. The first section of this half hour video is like a show reel of action featuring the 'operators' in Vanguard but from 5 mins on you can sit in on a discussion of what is to come from the developers at Sledgehammer Games, specifically details on maps, modes, weapons, new features and more. There is a special section about the PC experience from 23mins 38s into the video. 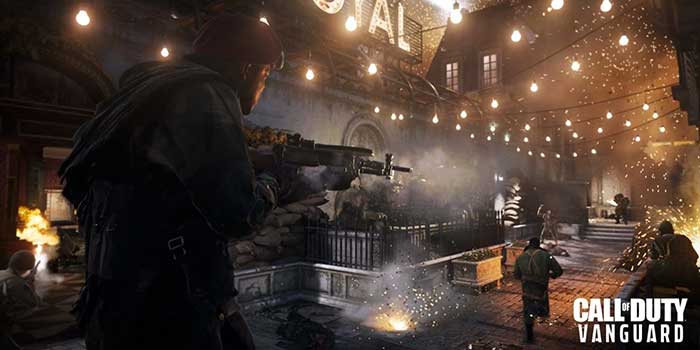 If you like what you see and are interested in partaking in the multiplayer upcoming beta, there are a few things you should know. First, and a major sticking point for many, is that you will have to pre-order any version of the game to get beta access when the time comes. The beta takes place over two weekends, however, the first weekend (10 to 13th Sept) is going to be PlayStation exclusive due to a deal between Activision and Sony.

PC gamers are going to be able to be involved in the second weekend's crossplay beta which covers PlayStation, Xbox, and PC Battle.net early access folk. The second weekend runs from 16 to 20th Sept. Beta gamers will get a playable Arthur Kingsley character in Call of Duty: Mobile, as well as a Rat-a-tat weapon blueprint at the launch of Vanguard (as long as they reach level 20 in the beta). 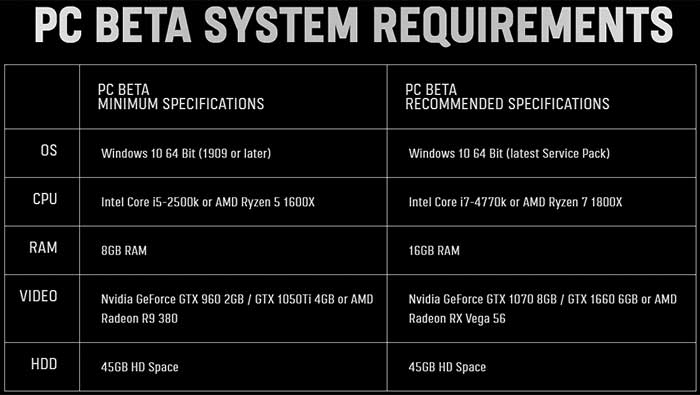 Above, you can see the PC systems recommendations from Activision. These specs are a little higher than for last year, but it isn't clear what game visual quality / resolutions settings apply to these system configurations.

Posted by Boon72 - Thu 09 Sep 2021 12:59
what happened to game demos, i'd like to try a game before dropping cash on it, especially as they cost so much these days
Posted by Gentle Viking - Thu 09 Sep 2021 18:44
Blitz sound a little good, but everything else sound bad to me, i really cant be bothered with gun modding - ammo modding - perks and so on.
Really if a game can not be played 100 % with MAX 8 keybord keys and 2-3 mouse keys, then i dont care

Do all gamers these days have OCD or something ?

O and where the hell is traditional CTF ? on these larger maps in modern games it would be such a challenge.
Posted by KGB - Tue 14 Sep 2021 22:18
“ i really cant be bothered with gun modding - ammo modding - perks and so on.
Really if a game can not be played 100 % with MAX 8 keybord keys and 2-3 mouse keys, then i dont care”

Thank You Gentle Viking - my own thoughts exactly.