Call of Duty: Vanguard returns the franchise to its WWII roots. The single player campaign is based upon four playable protagonists, in four very different theatres of war. Later, the quartet come together in an alternate reality special forces mission called 'Operation Phoenix', designed to spoil the Nazi's escape-and-survive plans at the end of the war. At launch the game will also provide lots of multiplayer fun, with 20 maps, and naturally there will be a zombies mode.

In a press release, Activision writes that "Vanguard delivers the complete package to Call of Duty fans across campaign, online multiplayer and zombies co-operative modes". As mentioned above, you will have a single player campaign with diverse characters and situations. These are as follows:

When these missions are done, the Vanguard story has these four protagonists working together in an alternative history mission. 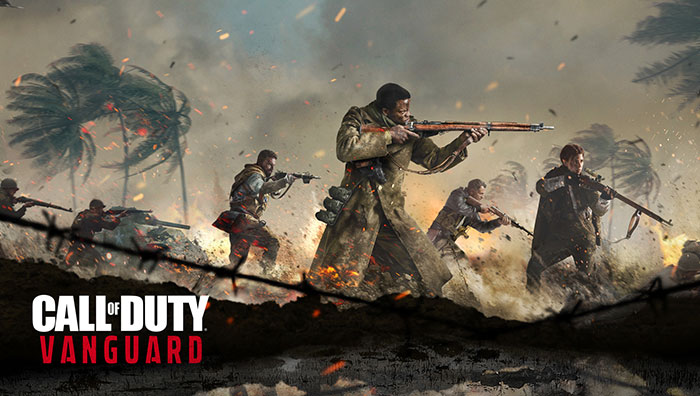 Moving along to multiplayer, and Activision promises "a massive day one multiplayer offering, with 20 maps available at launch, including 16 built for core gameplay". Gamers will be able to indulge in six-on-six matches, 2-vs-2 gunfight mode, eight-team small squad combat in head-to-head match ups, and more. The devs have added an advanced Gunsmith and Calibre system too. If you are worried about multiplayer cheats, Activision says that it has a new anti-cheat system, which it will be revealing in the run-up to launch. 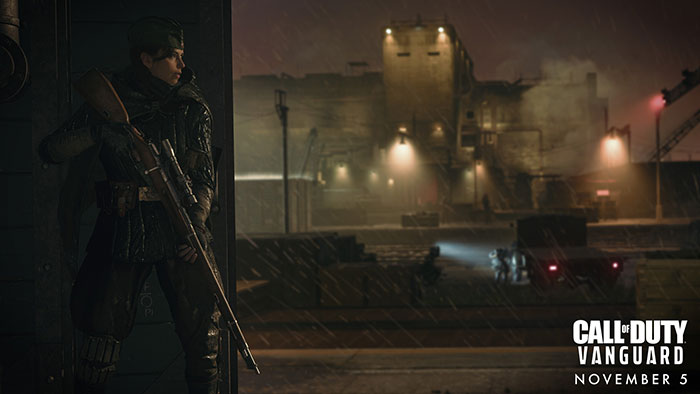 Zombies are set to return – here as a cooperative experience, and innovating on the core gameplay mechanics. The zombies story will connect to the lore established in Black Ops Cold War.

As for platforms, Vanguard will release on 5th November on PlayStation 4, PlayStation 5, Xbox One, Xbox Series X/S, and PC. Cross play and cross progression will be supported from launch.

Call of Duty: Vanguard development has been led by Sledgehammer Games, with Zombies development by Treyarch. Call of Duty: Warzone development is led by Raven Software. The Alpha download size for testers is approx 20GB, and I've seen reports that the final release will be about 75 to 100GB (or 270GB including Warzone).

cheesemp
Single player content??? Colour me surprised after the last one. Still given the way COD tends to keep its price it'll be a long time before I play. Too old to be interested in multiplayer now. They should sell the single player separately for the over 40s like me who no longer have the finger skills.

The Multiplayer is still pretty trash though (especially cold war….it just feels so old and outdated)..but then they have Warzone now, which is much, much better!
Posted by Gentle Viking - Fri 20 Aug 2021 19:11
I am pretty sure this too will not be a game for me as i like games like the original call of duty, though as i recall even that dident even have CTF game mode, but forced me to play TDM which is also sort of okay.
Posted by Iota - Sat 21 Aug 2021 08:54
Another one set in this era? Zzzzzz. :yawn: