Ubisoft announced its UPlay+ subscription service (PC Only) at E3 a few weeks ago, as reported in the HEXUS news section. Other key reveals were of Watch Dogs Legion, Ghost Recon: Breakpoint, plus announcements of Rainbow Six Quarantine, Assassin's Creed Odyssey's free story creator mode, and some free episodes are on the way for players of The Division 2.

During the announcement Ubisoft said it would be providing 100+ games for subscribers to play, and many would include the newest DLCs and expansions. Furthermore, subscribers could get early access to Ubisoft's new releases, plus Beta games access for the €14.99 / $14.99 monthly fee.

Ubisoft's E3 announcement didn't include a games list as such, all we got was access to a promo page for Uplay+ with a grid showing 12 well known Ubisoft titles. Now Ubisoft has shared a full list of titles that will be available at launch of the service, and it currently includes 108 games. 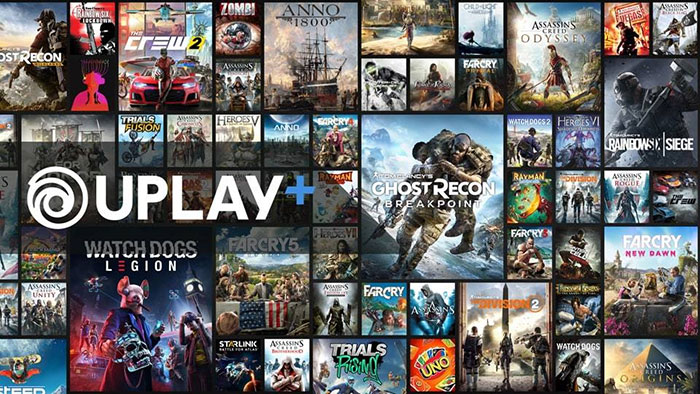 It won't surprise many people to learn that the 108 games list includes many multiple franchise releases. For example, there are 16 Assassin's Creed games listed, 7 Far Cry games, 11 Might and Magic titles, 6 Rayman games, 7 outings for The Settlers, and 19 Tom Clancy escapades. There are other multiples on the list such as Anno series games, Prince of Persia games, as well as The Crew and Watch Dogs.

As a reminder, Uplay+ becomes available starting 3rd September 2019. If you are interested you will be able to try it for free (you will still need to register a payment card, PayPal or PaySafe account) during this introductory month. Ubisoft highlights its 'no commitment' cancel anytime and come back whenever you want philosophy. Ubisoft's Uplay+ will also be available via Google Stadia platform when it launches in 2020.

Boon72
Needs a yearly option cheaper than the monthly £14.99 (£180 a year) most people would probably already have most of the games.