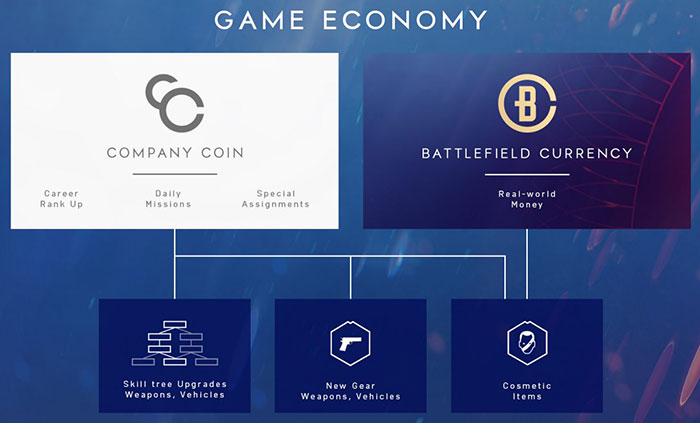 Initially the new currency will work as in the diagram above. In this way it will allow you to purchase cosmetic items that appeal, and help you save your hard-earned Company Coin for more important things like skill tree upgrades, weapons, vehicles, and other new gear.

However, EA's plans have started to change since the top diagram was produced a few months ago. A new Battlefield Currency FAQ says that from today the new currency will also be able to purchase in-game items called 'Elite Sets'. EA says that, from Chapter 3, Elite Sets will allow you to play as a distinct soldier in multiplayer modes, including Firestorm. It is further explained that "Each Elite is a unique character with a name and background. They consist of a themed assortment of cosmetic items, character voice overs, a Best Squad animation, and an exclusive Special Assignment that helps bring to life the story of the Elite and unlocks a signature melee weapon." EA insists that "Elites play like any other soldier and do not grant any type of gameplay advantage". Gamers will be able to find out more about the first two Elites, Seamus and Ernst, in the near future. 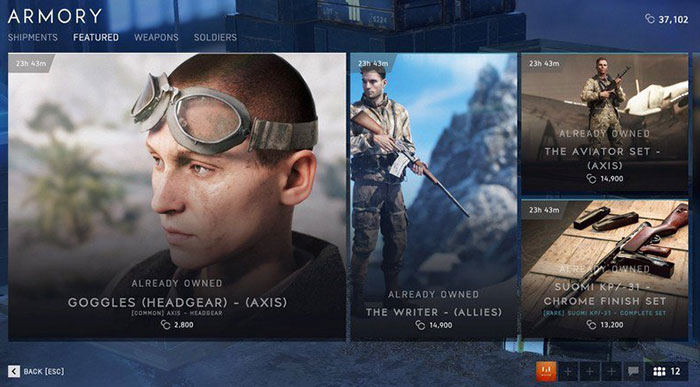 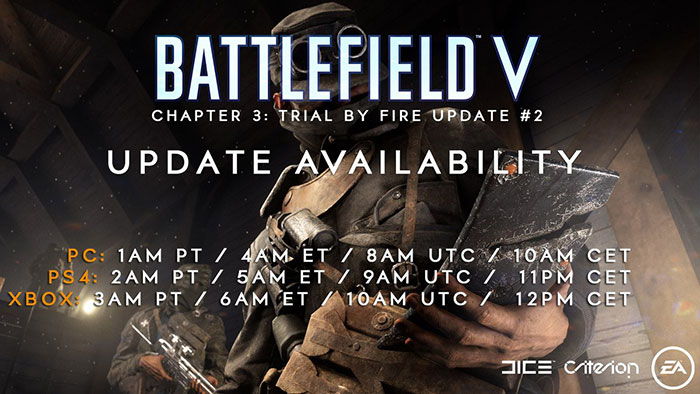 Posted by Tabbykatze - Thu 04 Apr 2019 11:18
How long till battlefield currency can be used for the other two areas :P
Posted by Zak33 - Thu 04 Apr 2019 12:15
If….. the game booted up a lot faster…if it didn't need a mammoth enormous multiple gig download everytime I wanted to play it (I dont play often…monthly maybe) ….if it was actually something I could play without a 4 hour planning session… to get the aforementioned downloads and boot up time…

If previous games are anything to go by about 3-9 months after the main DLC pipe dries up. I know I went back to BF3 and picked up the engineer and sniper fast track packs. IIRC they were even balanced by only giving you all weapons, and still having you play through to earn the mods.
Posted by gijoe50000 - Thu 04 Apr 2019 13:04
The sad thing is not that they added real currency, but the fact that people will actually use it.
Posted by ksdp37 - Thu 04 Apr 2019 13:56
Pure greed, simple as. Next they'll be adding ads to it as well. Already seeing games with some ads on the walls, crates, etc. No more “here is a complete product” game anymore. More like here's a game, pay if you want to get ahead.

It's fine if gamers like the purchase model, but it just speaks laziness and greed.

The same way Blizzard closed their shop in Diablo 3, just not in the spirit of the game, best decision they ever made.